Aprilia "would be ready" to field more MotoGP bikes with a satellite team next year, racing manager Romano Albesiano believes

The Italian manufacturer returned to MotoGP in 2015 but with a broadly-production bike, only introducing a bespoke prototype last year.

It has made gains with its RS-GP in the last 12 months, with Aleix Espargaro finishing sixth a fortnight ago in Qatar, right behind Honda pair Marc Marquez and Dani Pedrosa, and less than eight seconds behind victor Maverick Vinales.

Aprilia's MotoGP operation is run in partnership with the Gresini team, and is not classified as a full manufacturer, but Albesiano says the door is open to supplying a customer next year.

"We have not engaged in discussions of this type, however, it could be [a possibility]," Albesiano told Gazzetta dello Sport.

"Now we are focused on developing the bike, but to have a satellite team - we'd like to - and in 2018 we would also be ready.

"We are relatively small and with a [satellite] team we should structure ourselves properly, but you can do that.

"A satellite team certainly would be an advantage: economically, technically and sporting-wise."

Promoter Dorna does, though, have a stated aim of reaching a 24-bike grid formed of six manufacturers each with two factory bikes and two satellite bikes.

With KTM and Suzuki having already flagged interest in expanding their presence next year, if Aprilia also finds a partner that could come as soon as 2018. 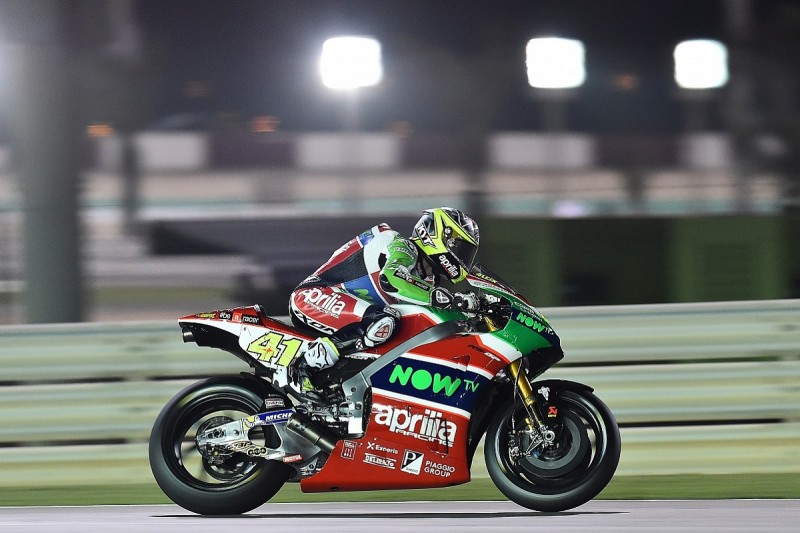 Albesiano says Aprilia has been buoyed by gains with its MotoGP package, which has impressed Espargaro since he arrived from Suzuki, more so in how it maintains pace over a long run than on a single lap.

"Things went even better than expected," Albesiano said of the Qatar season opener.

"We knew that Aleix had a great feeling with the bike, but the feeling of making a good performance there, Aleix has done a great thing.

"The result confirms that our bike, almost independently of the pilot, has features that enhance on race pace.

"Now we will have to improve the performance over a single lap. Especially at the set-up level and electronics.

"We'll work already from [this weekend's Argentinian Grand Prix], although I do not know how long it will take."