All six MotoGP manufacturers to meet for cost-saving crisis talks

All six MotoGP manufacturers will meet with each other this week to discuss cost-saving measures, including a freeze on engine development, in the wake of the coronavirus crisis

The COVID-19 pandemic, which has shut down countries worldwide having infected more than 1.3 million people, has forced the opening eight rounds of the 2020 MotoGP season to be cancelled or postponed.

This has led to a potential financial disaster for all teams, with promoter Dorna Sports stepping in last week with a €9.075m aid package for all satellite teams, as well as all Moto2 and Moto3 squads, to be rolled out over the next three months.

In a bid to reduce the financial pressure exerted on manufacturers in having to develop 2021 machinery while no income is being generated, and with no guarantee of racing even happening this year, the manufacturer association (MSMA) is to discuss various measures aimed at cost reduction on Wednesday.

Autosport understands chief among the cost-saving proposals to be discussed is a freeze on engine development to carry over into next year.

Last month, governing body the FIM confirmed that the engines for the non-concession teams have been homologated from the Thursday before the cancelled Qatar GP was due to take place - as per the regulations.

The MSMA's proposal would mean the currently homologated engines - which remain in Qatar - for Honda, Yamaha, Suzuki and Ducati used through 2020 and '21, with development only being allowed on '22 motors next year.

On top of this, a freeze on aerodynamic development across the same period is to be discussed.

Under current rules, non-concession manufacturers must submit one specification of aero fairing for use at the start of the season along with its engine specs.

They are then permitted to one change during the season. 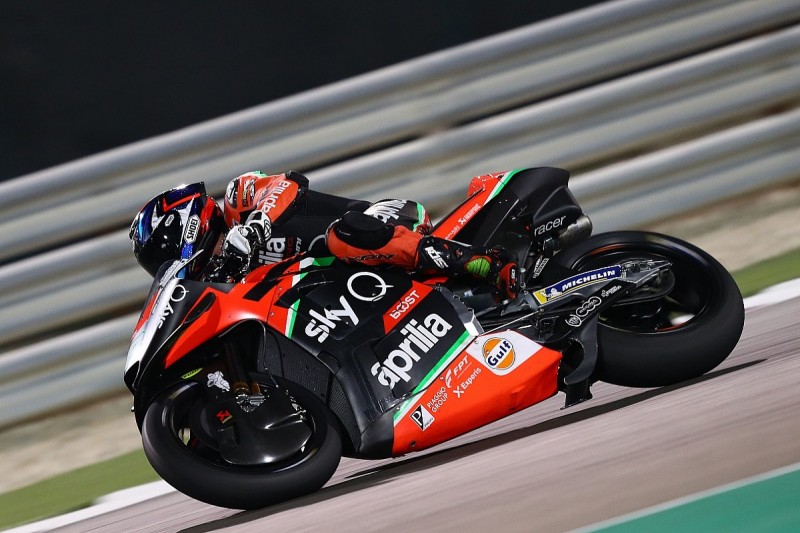 It is understood that Aprilia and KTM, which are considered concession manufacturers, will still be allowed to develop these elements.

Autosport understands five of the six manufacturers have already taken to the proposals, with further discussion to be held via teleconference on Wednesday.

The MSMA won't be able to pass any firmed up proposal: this will have to be ratified by the Grand Prix Commission, consisting of representatives from Dorna, the FIM, the International Race Teams' Association (IRTA) and the MSMA.

A source close to the FIM told Autosport: "It is a logical move and work is being done on it, but no final decision has yet been made.

"If it is finally run, the 2020 season will be reduced and keeping the engines frozen for another year would be the most sensible course [of action]."

Recently, Aprilia CEO Massimo Rivola told Autosport that MotoGP following in the footsteps of Formula 1 in using current machinery next season to save costs was not a 'mad' idea.