2022 MotoGP Mandalika Test: How to watch, who’s riding and more

MotoGP pre-season testing ahead of the 2022 campaign continues this weekend with three days of running at the Mandalika track in Indonesia.

MotoGP’s pre-season running got underway last weekend with two days of official testing at the Sepang International Circuit in Malaysia, preceded by three days of shakedown for test riders, rookies and concession riders at the same venue.

Gresini Racing rider Enea Bastianini was fastest across the two days with a lap record of 1m58.131s on his 2021-spec Ducati.

He led the Aprilia of Aleix Espargaro and Pramac racing rider Jorge Martin on the Ducati, while a frustrated reigning world champion Fabio Quartararo was seventh overall on his Yamaha ahead of the returning Marc Marquez on the Honda.

The paddock is now in Indonesia for the first time since 1997, when the last grand prix took place in the country – held at the Sentul circuit near Sentul City in the West Java region of the country.

The venue for the test is the new Mandalika International Street Circuit located on the island of Lombok and the test will run from 11-13 January.

Why is MotoGP in Indonesia?

MotoGP will stage its first grand prix in Indonesia since 1997 on 20 March 2022, having originally hoped to stage the race last year before the COVID-19 pandemic forced its cancellation.

The world championship has been steadily expanding its presence in Asia over the years, with races being held in Malaysia, Japan and Thailand.

As well as providing crucial track time for teams and riders to prepare their 2022 machines ahead of the season starting on 6 March, the Indonesia test also allows them – as well as tyre supplier Michelin – to gain data on the track for its MotoGP race debut in March. 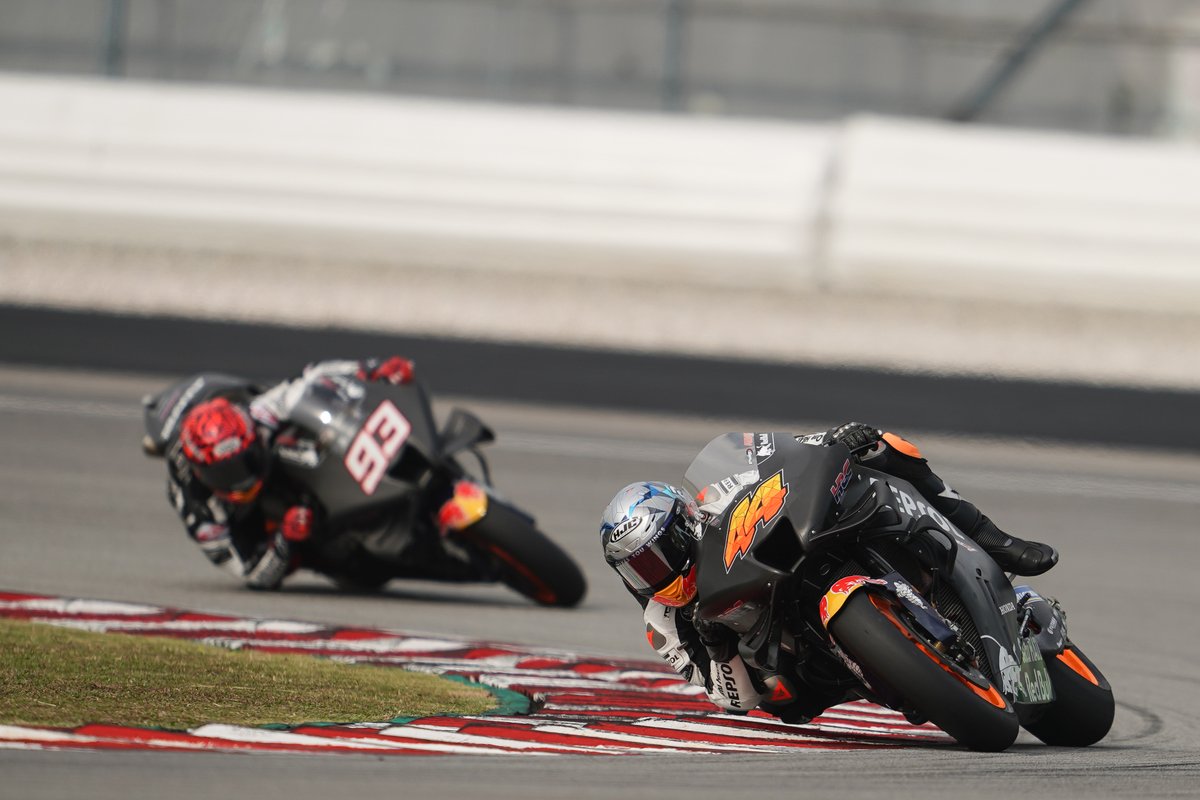 Has MotoGP raced at street circuits before?

The Mandalika International Street Circuit is the first track of the modern MotoGP era to be designated as a street track.

However, it is not quite like a Monaco or a Macau. The 2.68-mile (4.3km), 17 Turn (6 left – 11 right) Mandalika circuit has been purpose-built as a racing venue to modern safety standards.

But the track itself will be used as public roads when racing activity is not taking place, hence why it is a street circuit.

MotoGP has raced at street circuits before, with Montjuic Park in Spain hosting motorcycle grands prix from 1950 to 1968, while the Yugoslavian GP was held eight times between 1969 and 1977 on the Opatija Circuit in modern day Croatia.

Has Mandalika been used before?

The Mandalika International Street Circuit made its debut on the World Superbike calendar last year as the final round of the 2021 season on the weekend of 14 November.

Both races were won by Kawasaki’s Jonathan Rea, while Yamaha’s Toprak Razgatlioglu was crowned world champion that weekend.

MotoGP had hoped to stage a test at the circuit in the latter half of last year, but was unable to due to the COVID pandemic. 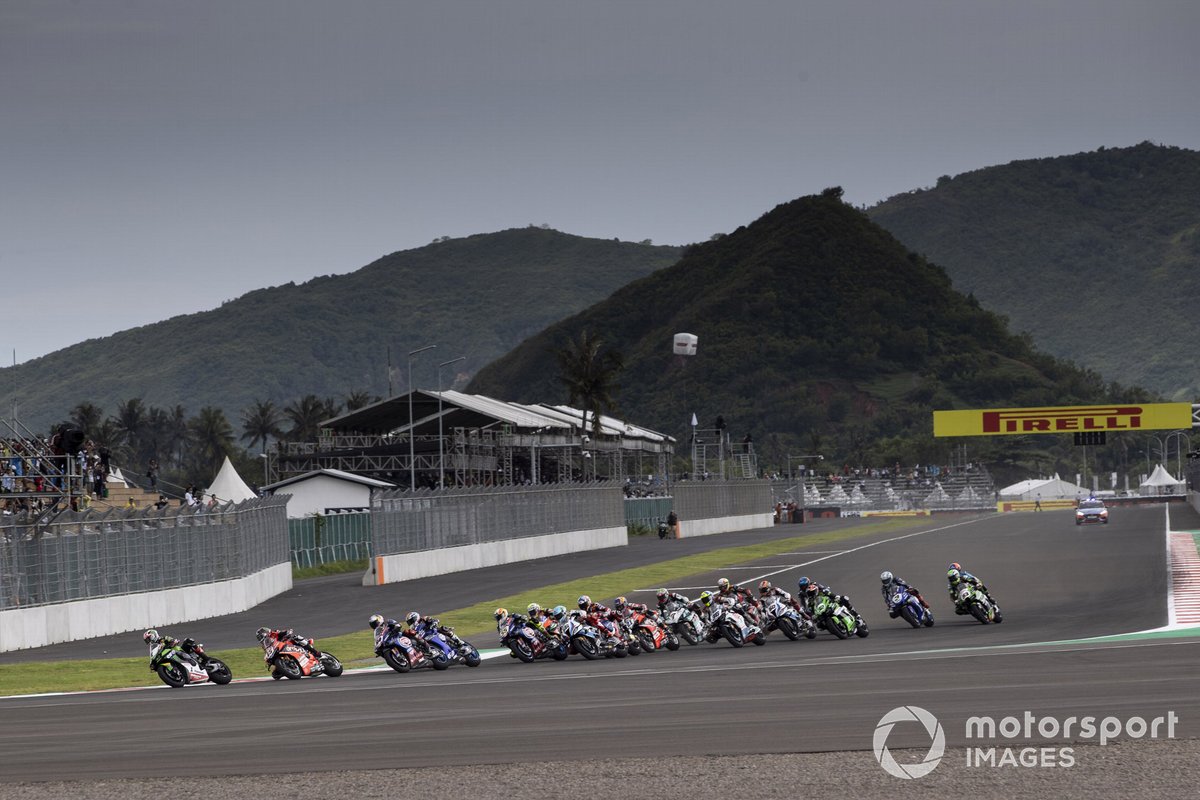 What is the Mandalika International Street Circuit’s lap record?

Yamaha’s Toprak Razgatlioglu set the fastest qualifying lap in the 2021 World Superbike round with a 1m32.877s.

The race lap record was also set by Razgatlioglu at 1m34.288s.

Why was the Mandalika International Street Circuit named in a United Nations report?

The Mandalika International Street Circuit was the subject of a damning report issued by the United Nations last year over human rights violations in relation to the construction of the circuit.

The report said local residents were threatened and evicted by force without compensation so the circuit could be constructed.

Who is riding in the 2022 MotoGP Indonesia Test?

The entire 2022 MotoGP grid will be present on track this weekend for the Indonesia pre-season test.

Unlike the Sepang test, there will be no shakedown for test riders, rookies and concession manufacturers ahead of time.

LCR Honda’s Takaaki Nakagami was involved in a scare on Thursday morning when he received a false positive COVID-19 test.

However, the Japanese rider has been cleared to ride this weekend in the test. 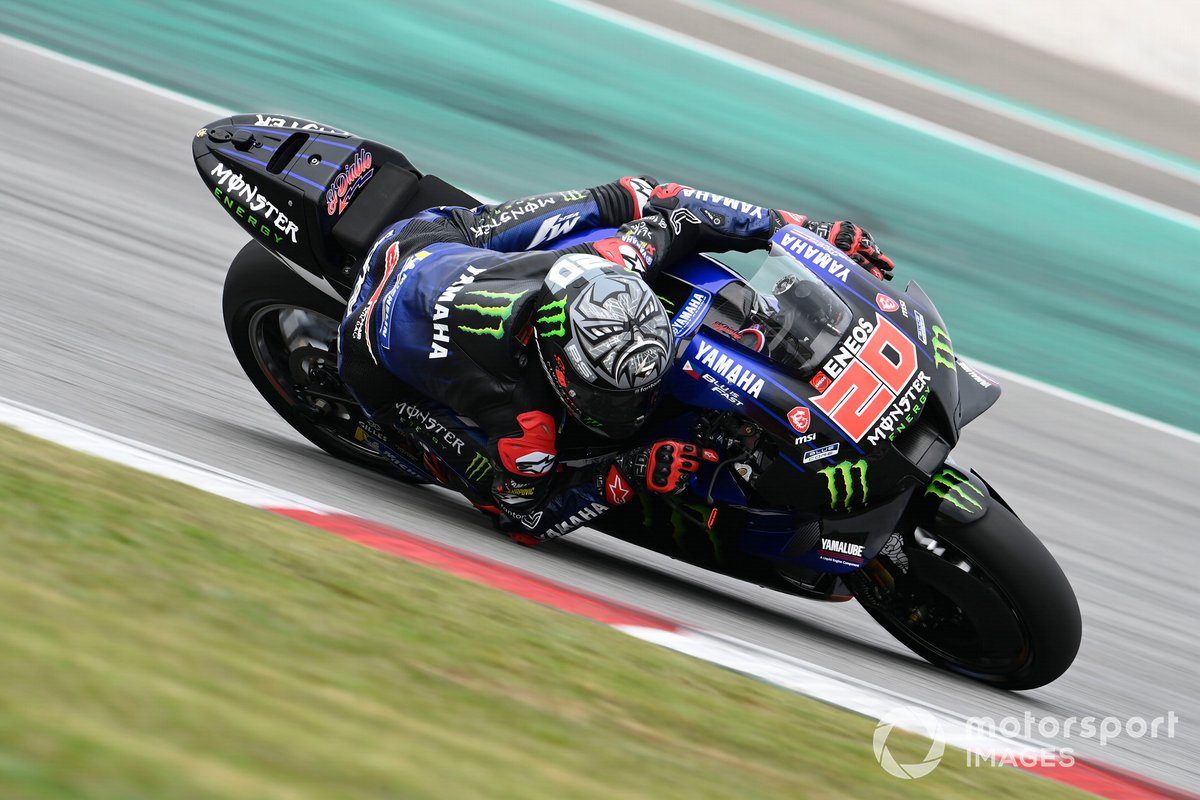 What time does the 2022 MotoGP Indonesia Test start?

The 2022 MotoGP Indonesia Test will start at 9am local time and end at 5pm local time, which is 1am to 9am GMT.

All three days of the test will run for eight hours.

How can I watch the 2022 MotoGP Indonesia Test?

As is traditional, MotoGP will not broadcast live coverage of the 2022 Indonesia Test. Before it was scrapped last year, MotoGP only broadcasted the two-day post-season Valencia Test as all of its television equipment was already at the venue.

Live timing will be available for the Indonesia Test via MotoGP.com’s Timing Pass. This can be purchased for £15.16 for the entire year on MotoGP.com.

MotoGP.com will also broadcast it's After the Flag magazine show beginning at 4:30pm local time and will feature live track shots for the final 30 minutes of each day of testing.

Autosport.com will run extensive coverage of the Indonesia Test.

The Superbike advantage some MotoGP teams take to the Indonesia test