MotoGP stays in Qatar for the second round of the 2021 season, for the first-ever Doha Grand Prix, after Maverick Vinales clinched victory at the Qatar GP.

The new MotoGP season got going under the lights in Qatar last weekend, with Vinales producing an impressive charge to overhaul the fast-starting Ducatis to take the opening win of the year for the factory Yamaha squad.

Johann Zarco led the Ducati riders to take second place on his Pramac debut, ahead of the factory Ducati’s Francesco Bagnaia, who both overtook Joan Mir at the final corner to push the defending MotoGP world champion off the rostrum and into fourth place for Suzuki.

The MotoGP grid, along with the Moto2 and Moto3 classes, get to do it all over again at the Losail International Circuit this weekend as the paddock stays in Qatar for the second round of a reshaped 2021 calendar.

Marc Marquez will remain absent from the grid as he continues to recover from a right arm injury, with the Repsol Honda rider replaced by Honda test rider Stefan Bradl. The six-time MotoGP world champion is expected to target a comeback at the next round, the Portuguese GP, on 16-18 April.

Why is MotoGP holding two races in Qatar?

Instead of MotoGP’s traditional trip to the United States and Argentina after the opener in Qatar, the paddock remains in the Middle East for a second race at Losail which will be called the Doha GP. 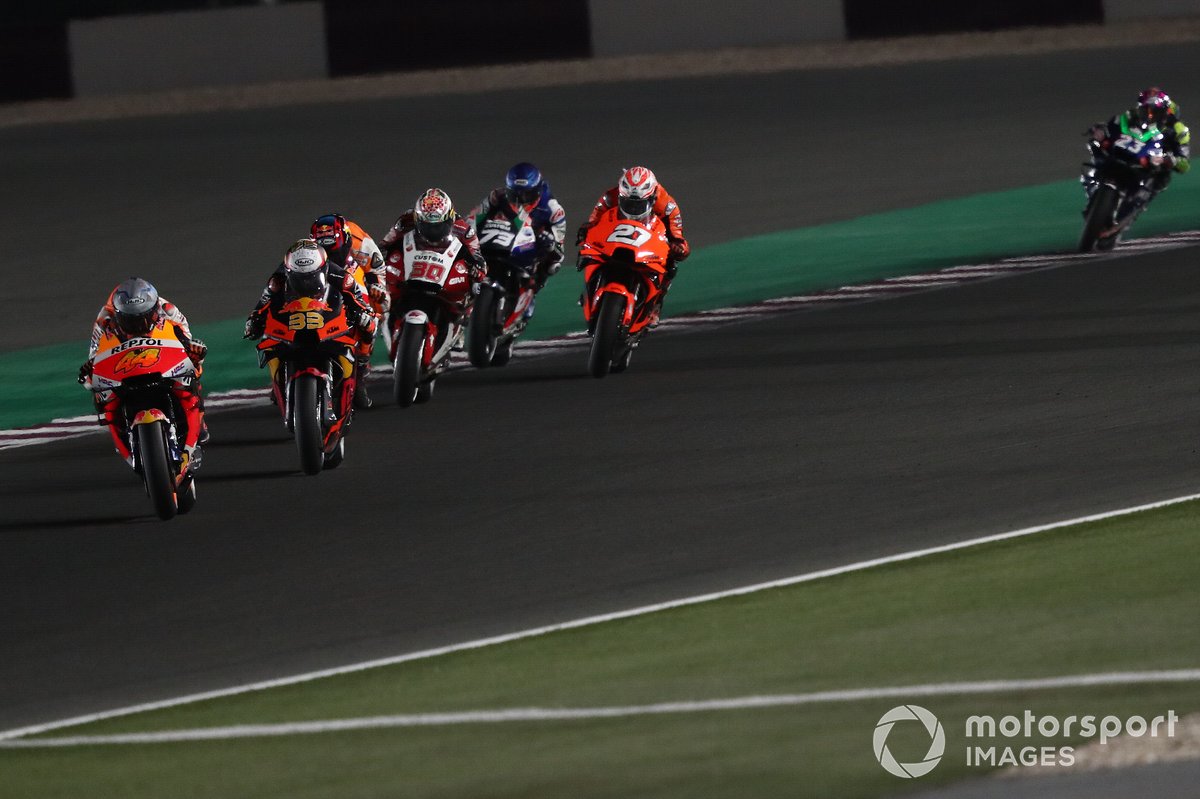 It takes inspiration from the multiple double-headers MotoGP put on amid the 2020 season that was severely reshuffled amid the COVID-19 pandemic, which included first-ever Andalusia GP, Styrian GP, Emilia Romagna GP, Teruel GP rounds plus a one-off return of the European GP used for the first Valencia race.

MotoGP will run its standard schedule across the Doha GP weekend, with two practice sessions on Friday that will run for 45 minutes each. On Saturday third practice will also run for 45 minutes, with the top 10 on the combined FP1-2-3 timesheet automatically entering into Q2 of qualifying. A final 30-minute FP4 session is held on Saturday afternoon ahead of qualifying.

Q2 is the pole position shootout which decides the order of the front four rows, with the rest of the grid organised on Q1 times, for the 22-lap Doha GP on Sunday.

Due to the night-time running of the race, all sessions are run later in the day compared to the regular daytime schedule.

Moto2 and Moto3 are also in action during the Doha GP. 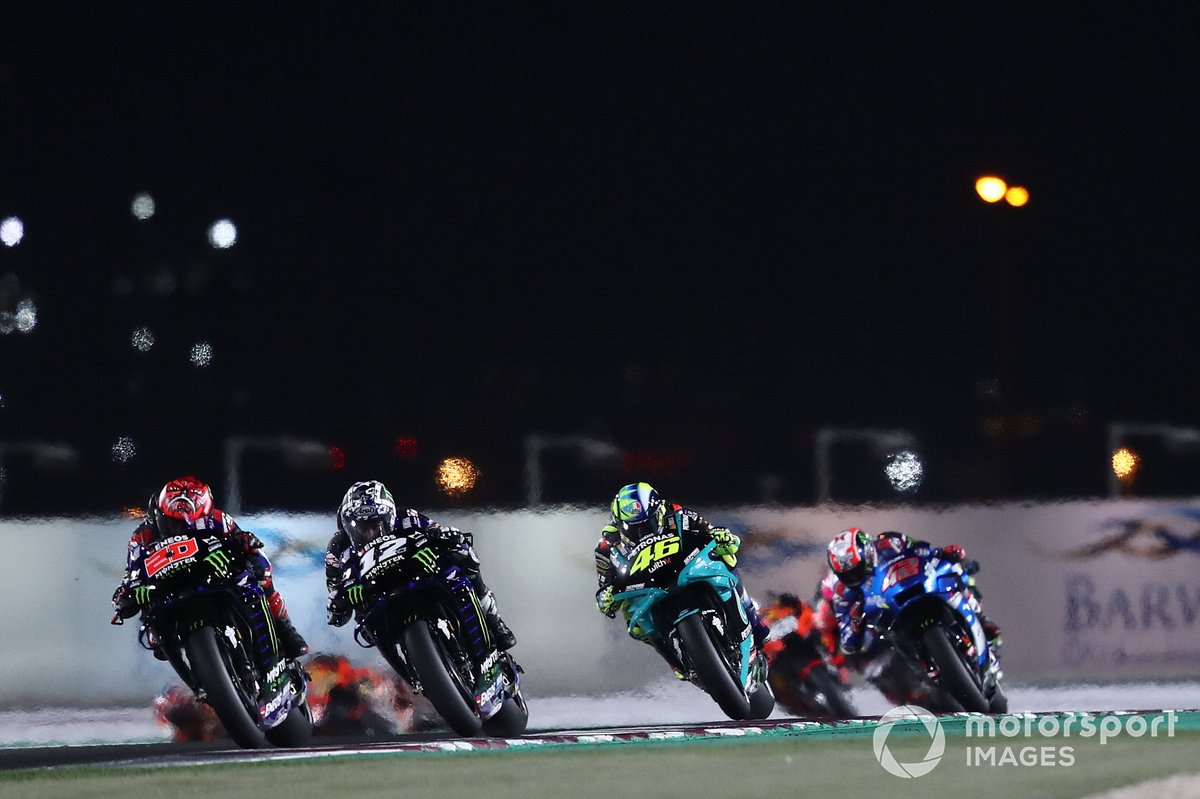 How can I watch the Doha MotoGP round?

BT Sport’s live coverage of Sunday’s action starts with the warm-up sessions at 12:30pm, taken from the world feed, before switching to its own broadcast at 2:15pm for the pre-race show ahead of the Moto3 race.

The build-up to the MotoGP race starts from 5:30pm, or when the Moto2 race finishes, ahead of lights out at 6:00pm.

Can I stream the Doha MotoGP?

Viewers in the United Kingdom can also stream the Doha GP by purchasing a video pass from MotoGP.com. A one-off video pass, the remainder of the 2021 MotoGP season, costs £170.75p.

Weather forecast for the Doha MotoGP

Losail is set for dry, sunny and windy conditions throughout the weekend, with a very small chance of rain. Highs of 28 degrees Celsius are forecast on race day, but conditions are expected to dip to 21 degrees for the start of the race at 8pm local time.