Brad Binder says he "truly believes" KTM is now capable of fighting for the MotoGP world championship in 2021 after its breakout 2020 campaign.

KTM scored three wins across its fourth year in the premier class last season, with Binder securing the Austrian marque's first MotoGP win in just his third race at the Czech Grand Prix.

Tech3's Miguel Oliveira - who is now Binder's team-mate at the factory squad - added two more to this tally at the Styrian and Portuguese GPs.

Though it has lost its concession benefits for 2021, KTM will still enter the new season with a new engine after it lost its concessions during an enforced development freeze on all manufacturers as part of COVID-19 cost-saving measures last year.

Last year, Autosport reported this ruling by the manufacturers' association had some fearing KTM could race with a 'super engine' in 2021.

"I believe so, I believe we have an extremely competitive package underneath us," Binder said after KTM's 2021 launch event, when asked if KTM was ready for a championship challenge.

"Last season proved how strong our package was, and I only see us improving this season.

"So, yeah, I truly believe we have what it takes to fight for the world title and I can't wait to get this year started.

"But everything we have to take step by step and race by race, and let's see how we get on." 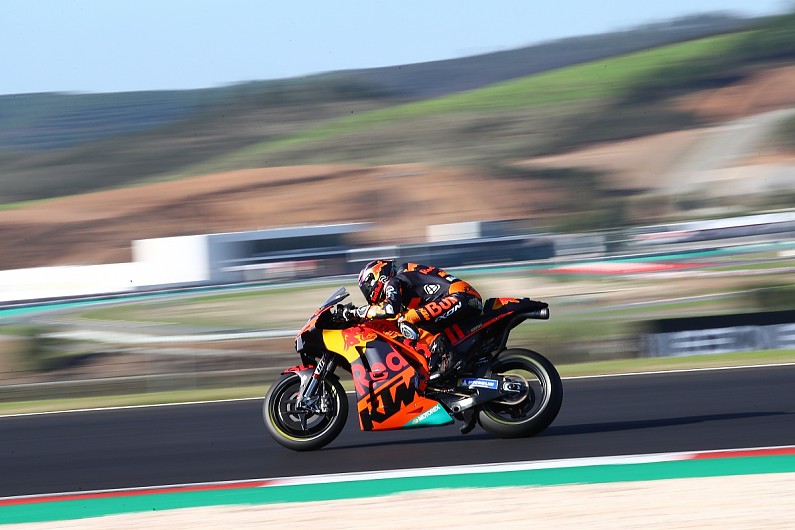 Binder admits he's not sure what's new with the 2021 RC16, claiming the base of the bike is similar to last year's.

But he does concede KTM will have an advantage over its rivals given it can start the new season on a new bike.

"To be honest, the updates on the bike I'm not too sure what we have at this stage," he said, when asked by Autosport if having a new bike will change his approach to the season.

"I know we have a lot to test and a lot of things to try. But as far as I know the base is quite similar to last year.

"In general, we definitely do have a small advantage because we are the only ones who are allowed to play a little bit [with the engine].

"So, yeah, I know the guys at the factory have been working flat out as they always do and I'm very confident our package is even stronger than last season.

"We weren't that far off last year, so I think any small improvements we can find will go a long way."