MotoGP has announced a five-year extension to agreement in place between Dorna Sports and the International Road-Racing Teams' Association (IRTA) beginning in 2022.

In 2016, Dorna signed a five-year agreement with MotoGP's independent teams running from 2017-2021 safeguarding the signed-on outfits for that duration and ensuring (among other things) increased financial support.

The IRTA was founded in 1986 and has acted as a voice for grand prix racing's teams in MotoGP's decision-making process.

This latest agreement will continue to strengthen Dorna's relationship with IRTA, with their efforts in recent years in increasing support for independent teams leading to a much more competitive grid.

This new deal is the second one set for a five-year duration, and is the seventh agreement in total agreed between Dorna and IRTA.

"We could not be happier to announce another five-year agreement with IRTA and the Independent Teams," Dorna CEO Carmelo Ezpeleta said.

"I am proud of what we have achieved so far and I look forward to continuing our collaboration.

"One of the first things we did when we began in MotoGP [in 1992] was to start working closely with IRTA, and the historic levels of competition and interest in the sport are an achievement we are proud to share. 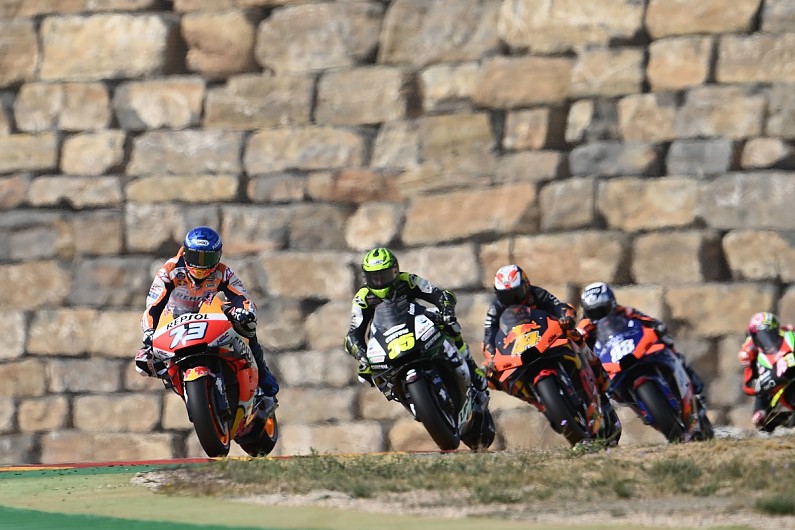 "It gives me great pleasure to watch our Independent Teams going from strength to strength and I very much look forward to at least another five years working together, pushing MotoGP to new heights once again.

"I also want to extend my personal thank you to both Mike Trimby [IRTA CEO] and Herve Poncharal [IRTA President], their input into the championship and the sport is invaluable and the relationship could not be better."

Poncharal added: "The 2021 MotoGP racing season hasn't started yet, but we have already great news to announce to the world; Dorna, IRTA and the MotoGP class Independent Teams have already decided to extend their partnership for another five years from 2022 to 2026.

"This is the best news we could have.

"The times are not easy at the moment, therefore having security, having visibility and to be able to carry on working with the same partner is always a big bonus.

"To have a promoter like Dorna on our side, managed by Mr. Carmelo Ezpeleta, is like a dream for all of us.

"The relationship since 1992, when we started to work together, has been excellent and has improved every single year.

"Any question or request arising from the teams or the riders is always taken into great consideration from Dorna.

"The safety, the racing, the technical side and the show has always been improving."

In recent weeks, LCR and Gresini have confirmed their commitment to racing in MotoGP beyond 2021, with Ducati, KTM and Honda the first three manufacturers to sign the new five-year deal with Dorna.

With the current agreement between teams and Dorna coming to an end in 2021, changes on the grid are expected, with Avintia set to step back from MotoGP - with it thought VR46 (which will back Luca Marini's 2021 season with Avintia) will take its grid slots.