On Thursday, Honda announced it had re-signed Nakagami to remain at LCR for the next two seasons on a factory contract and will have machine parity with Alex Marquez, Marc Marquez and Pol Espargaro in 2021.

Nakagami was second in FP1 on Friday for the second Aragon round and topped the day outright after going fastest in the afternoon with a 1m47.782s to lead the field by 0.175 seconds.

The Japanese rider's pace on used tyres was also strong and was asked if this weekend represented his best chance at a maiden podium - not least with his points gap to Joan Mir in the championship standing at just 29.

"I believe with this team the result will come," Nakagami said. "Especially this weekend I'm pretty confident, because yesterday I announced I renewed a contract and now it's like I'm completely free.

"I don't think about the future. I don't need to talk about the contract.

"So, I feel no stress and I'm just like a kid enjoying every lap on this bike. I think it's time to show we can finish on the podium.

"I can say that just the only way is try to do our best in any conditions and for sure the results will come on Sunday." 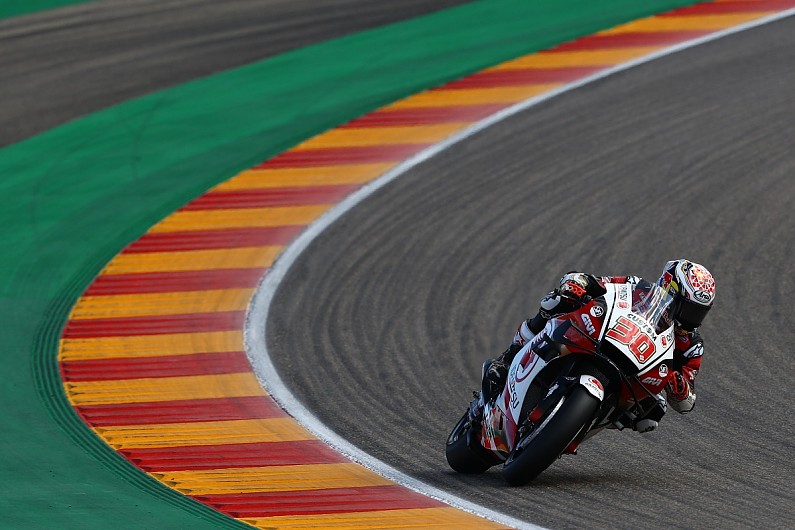 Honda rider's topped both sessions at Aragon on Friday, with Alex Marquez fastest in FP1, while LCR's Cal Crutchlow was third overall after FP2.

Since the Misano test in September, where factory Honda riders tried numerous new parts - including suspension from Ohlins and chassis modifications - the 2020 RC213V runners have improved their form.

Aragon has typically favoured the Honda, but Crutchlow feels the reason for the upturn in form is simply down to the riders making the difference.

"Honda better at this circuit? I don't believe so," Crutchlow said. "I think the riders are riding better, with Alex and Taka. I feel a little bit better from last weekend on the bike, so I'm able to push a little bit more.

"But people saying that Honda have turned it around, I don't believe that's the case.

"We are fast around this circuit at the moment, but as we saw last weekend it was Alex who made the difference I believe and again today Alex was fast, and also Taka was really fast. 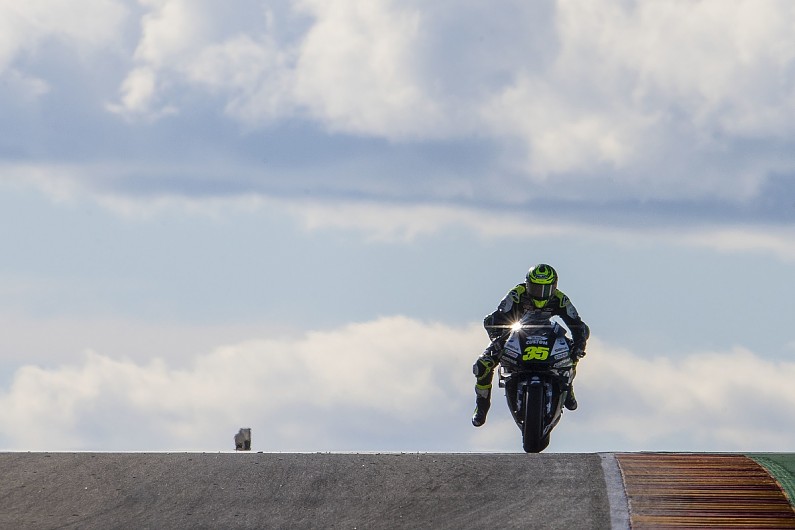 "And I think it's the rider who is making the difference, because at the moment if you look at the practices, it's Taka's race to lose by about 11 seconds because his FP1 pace was essentially - if he kept that gap over everyone - he'd have won the race by around 11 seconds.

"As you know, nothing's changed from him since last week. He's not suddenly got a new bike or anything like that.

"As you've seen over the past six years, Honda riders have to ride the bike really aggressively and hard to be able to go fast and they're doing a good job of that."