MotoGP starts up its second consecutive triple-header after a one-week break with the French Grand Prix. Here's how to watch qualifying.

After a damp start to the race weekend at Le Mans, Jack Miller topped Friday practice for Pramac Ducati in FP2 as tricky conditions led to a number of crashes late on in the second session.

Current MotoGP world championship leader Fabio Quartararo opted for a cautious approach to Friday practice to avoid taking risks in the damp conditions which leaves him outside of the provisional top 10 and Q2 spots going into Saturday's FP3.

Maverick Vinales was Miller's closest challenger at the end of FP2, while he was involved in a near-miss incident with Suzuki's Joan Mir during the session.

LCR Honda's Takaaki Nakagami slotted into third place ahead of 2019 French MotoGP rostrum-finisher Danilo Petrucci on the factory Ducati, with Cal Crutchlow on the sister LCR Honda rounding out the top five.

What time does qualifying start for the French MotoGP? 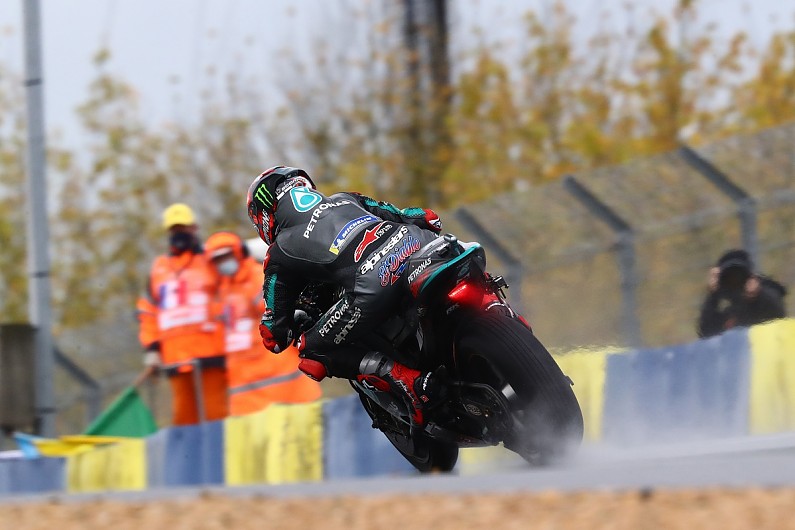 What's the weather forecast for qualifying at Le Mans?

Dry but cloudy conditions are forecast for qualifying at Le Mans, with a low chance of rain. A high of 15 degrees Celsius for qualifying will mean temperatures will be roughly the same as Friday's FP2.