Valentino Rossi believes he isn't competitive enough to fight for the MotoGP title despite dropping only 26 points behind leader Andrea Dovizioso after crashing in the Emilia Romagna Grand Prix.

After seven races of the 2020 season, just 27 points cover the top 10 riders in the standings, with four points splitting the top four.

Yamaha rider Rossi currently sits ninth in the standings after retiring to the pitlane from Sunday's Misano race following a crash on lap two, but didn't expect much had he stayed onboard as he "didn't have a lot of grip" and wasn't "very competitive".

When asked what his crash meant for his title hopes, Rossi replied: "Already we speak a lot about the championship, and it's right because the difference in the points is not a lot.

"I lost some points, but doesn't change a lot. There are a lot of riders in a small difference of points and the championship is still open and long.

"So, anything can happen. But we need to be stronger, to go faster, and this weekend we tried something to improve.

"But at the end in the race I don't feel very well with the bike, I don't have a lot of grip.

"I don't know because I crashed after one and half laps unfortunately, because I did a mistake in Turn 4.

"But I was not very competitive, not competitive enough to fight for the championship. We need to be faster." 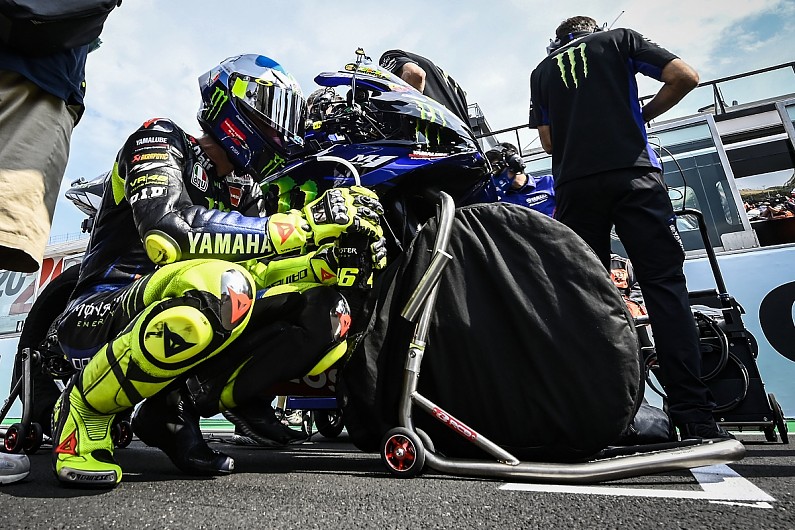 Elaborating on his grip issues, Rossi says he felt Yamaha had made a step forward with this on his bike on Saturday, but that feeling disappeared in Sunday's warm-up.

"So, we tried some different things and looks like [Saturday] I was not so bad, but [Sunday] already from the morning I suffered a little bit more, especially with sliding and degradation of the rear.

"Unfortunately, in the race [I lasted] just one and a half laps, so I don't know exactly my potential. But last week I felt more competitive."