Jorge Lorenzo has revealed in an exclusive interview with Autosport that a return to MotoGP with Ducati in 2021 "almost happened".

Lorenzo retired at the end of a difficult 2019 campaign on the Honda and took and the role of official Yamaha test riders in the winter.

However, with the uncertainty surrounding Andrea Dovizioso's Ducati future - and his subsequent announcement of leaving of the team at the end of the year - Lorenzo became linked with a return to the Italian manufacturer, with whom he raced and won three grands prix from 2017-2018.

In a wide ranging world exclusive interview, three-time MotoGP world champion Lorenzo reveals exactly what happened with Ducati and what ultimately led him to changing his mind, as well as his views on Dovizioso's decision and the current state of the 2020 championship. 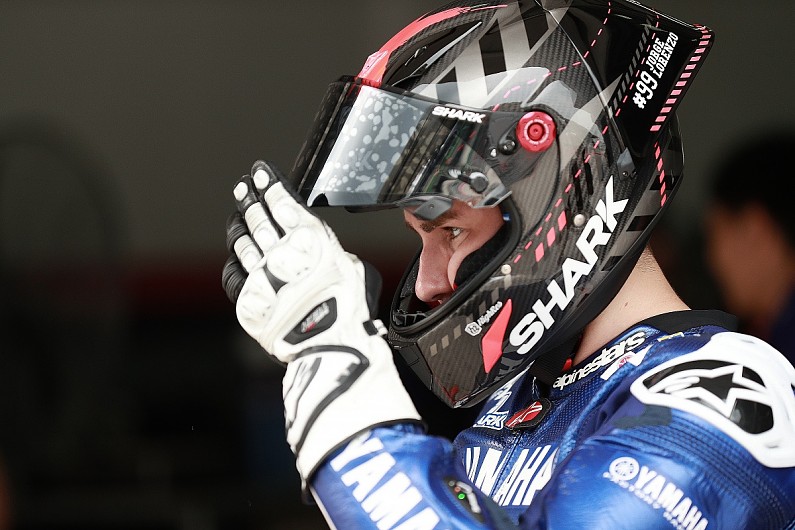 Autosport: What is your typical day like right now? It looks like you are enjoying life after racing.

Jorge Lorenzo: "I am very happy. I have all the time in the world to do practically whatever I am interested in. When I'm at home I keep a routine to stay in shape - I train in the morning and then have the afternoons free to study, plan my future or simply have fun.

AS: Some sportsmen find that after retirement they feel there's a gap that they struggle to fill. Have you had this feeling?

JL: "I am not going to deny it: at certain times I have missed racing a little bit. The feeling of winning, which is unique and impossible to replicate, or the celebrations with the team after a great result. These are the things I miss the most. Other things, like injuries or the nerves on a Sunday morning before the race, I don't miss at all.

"We all have to accept that we can't have everything in life and I arrived at a point when, after all I had achieved, the negatives outweighed the positives. That's why I decided that it was time to start enjoying everything I had worked for.

AS: There has been a lot said, and written, about a hypothetical return with Ducati. How seriously were you actually considering that?

JL: It was a very real possibility and it almost happened. 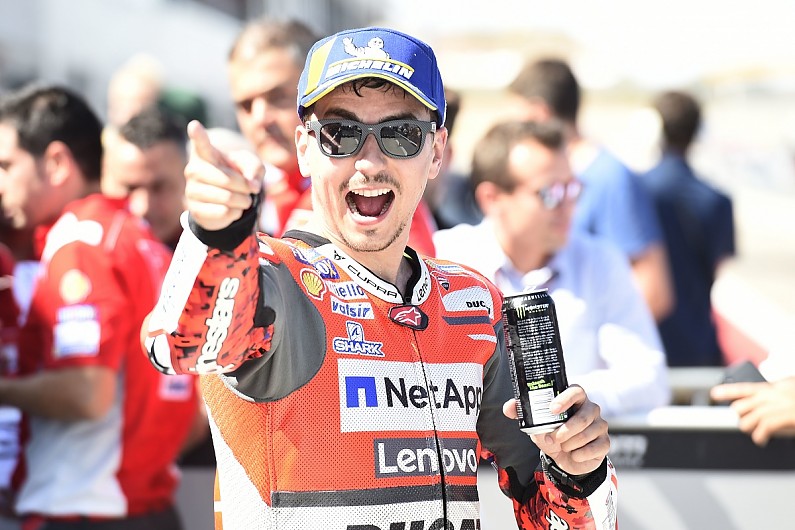 AS: Ducati insist that you offered yourself to them, that you said you wanted to come back in 2021, come what may...

JL: "It wasn't exactly like that. During lockdown, I had a call from Gigi Dall'Igna [General Manager, Ducati Corse] to wish me a happy birthday. We talked about personal matters, family and things like that, and at the end of the conversation I asked him, out of curiosity, about the future of the team and the riders.

"Shortly after, Michele Pirro sent me a message - half joking, half serious - asking if I wanted to go back to Ducati. Between the call from Gigi and the message from Michele I figured there was a certain level of interest from Ducati, and I started to consider the idea of racing again.

"Maybe it was being locked down for those few months, or because I was missing that winning feeling, but the phone call triggered the thought in my head about making a comeback. We started negotiations, but the closer we got to signing, the more the factors that forced me to retire gained weight.

"After several days of deliberation, I regrettably had to say no to Gigi. I felt really bad and I am still very sorry now, because I put him in an awkward position with the factory and I could have avoided it.

"If I had been certain from the start then I wouldn't even have gone into negotiations. The truth is that I will always be thankful for the faith shown in me, but at that moment I felt that I needed to think purely about myself, and I came to the conclusion that being a motorcycle racer did not stack up for me anymore.

AS: So do you think that you will ever go back?

JL: "The chance of that happening decreases with every year that passes. Honestly, having taken such a difficult decision, I think I can say my racing career is over, although I would like to stay involved in the sport in some way. 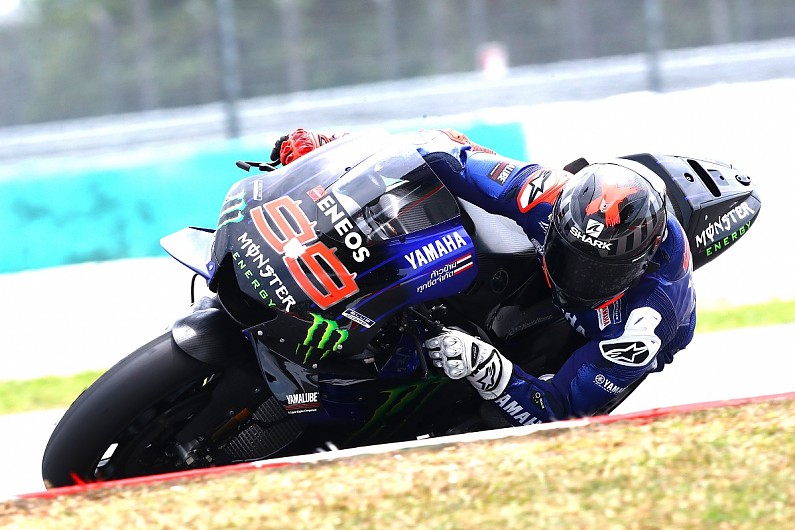 During the San Marino Grand Prix weekend, both Valentino Rossi and Fabio Quartararo questioned why Yamaha had done no testing with Lorenzo at Misano this year to understand the new track surface. Lorenzo gives his view on the story, and hints at interest from rival manufacturers to join its test programme next year.

AS: Last weekend both Quartararo and Rossi said that they can't understand why Yamaha are not using you more as a test rider. What is the reason?

JL: "According to what Yamaha have told me, the situation with coronavirus creates logistical problems for their personnel travelling from Japan. It is a real shame I have not been able to bring my experience to the project.

AS: Are you interested in renewing your contract as a test rider?

JL: That's my priority. I hope Yamaha still want me and that there is still the desire to create a testing team that can help improve the bike. I think that with my experience and feel, I can bring a lot.

AS: Have you been approached by any other factories about your situation?

AS: Can you be more specific?

JL: "I would prefer not to name names.

AS: In your opinion, why is MotoGP proving to be so unpredictable and inconsistent this season?

JL: "I think Dorna have done a magnificent job with the rules in recent years, which has created more parity between the manufacturers. That much is evident from the lap times and from the distribution of victories. Also, it is clear that the strongest rider not being on the grid has had an impact on the mindset of the others. Marc's absence has made other riders believe that they have a genuine chance to be World Champion. 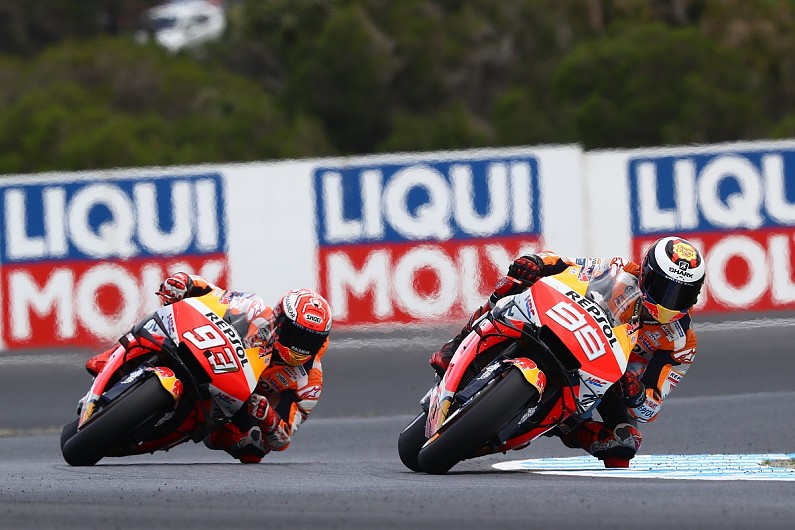 Honda has endured a miserable 2020 campaign, with its star riders in Marc Marquez and Cal Crutchlow blighted by injury, and no Honda rider taking to the podium so far after six races. Many believe this year is proof that Honda needs to change bike philosophy. But Lorenzo doesn't see this happening any time soon, so long as Marquez continues to win championships.

AS: In your experience, do you think Marquez would be as susceptible as the others to this inconsistency?

JL: "I think it would have depended on how competitive his bike was at the different circuits, even though at the moment there is no doubt that he is still the strongest and most complete rider on the grid. I am sure he would be winning races and fighting for the title.

AS: Do you think that Honda's current troubles highlight the need for a conceptual rethink of their bike? This is something you yourself requested.

JL: "I don't think Honda's priority when they signed me was to make an easier bike, although if I had stayed there I am sure we would have achieved it. The truth is that Marquez has an inimitable style and with every year that passes the bike adapts more and more closely to his style and further away from the rest of the factory riders. As people we only tend to look for drastic solutions when the situation is critical, and whilst ever Marc continues winning titles for Honda, I don't think the factory will look to change their approach.

AS: What did you take from Dovizioso's decision to leave Ducati without anything else on the table for 2021?

JL: "I think Dovi and his agent were clear about what conditions they were prepared to accept and what they weren't. Maybe they thought that Ducati would end up conceding, but that didn't happen. The market moved very quickly in the meantime and now he doesn't have many options.

AS: Would you opt for Francesco Bagnaia or Johann Zarco as team-mate to Miller?

JL: "Logically, I have to think that they will go for Pecco, especially after such a great performance at Misano when he wasn't physically at 100%. He has a big future ahead of him and in some ways his riding reminds me of myself, with such very high corner speed and a smooth, elegant style. 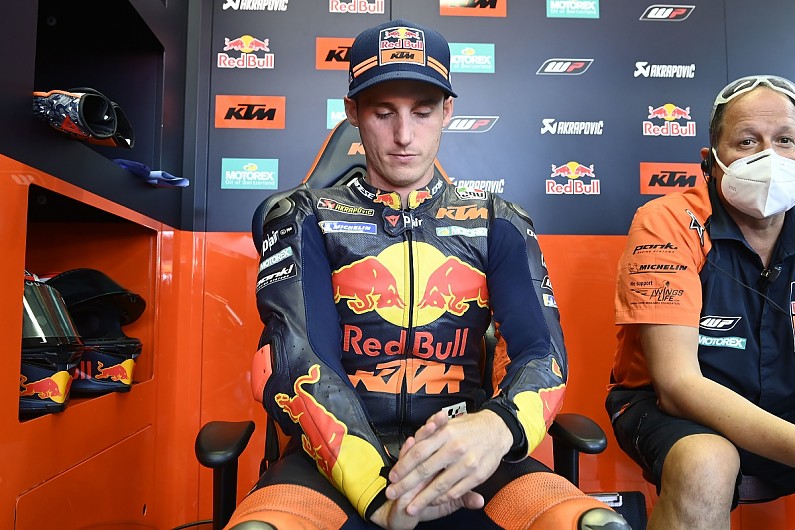 AS: Were you surprised when Pol Espargaro signed for HRC?

JL: "I think Pol has always believed that he could do a good job on a Honda and get to a similar level as Marc. I don't think it will be at all easy for him, but then it wouldn't be the first time somebody has surprised me.

AS: Did you expect Maverick Vinales to have made more of the opportunity to take advantage of Márquez's absence?

JL: "A little bit, yes. I was expecting a lot from Maverick before the start of the season because he looked strong at the end of 2019 and also in the preseason tests. It looked like he had found the confidence and the conviction to take that next step. However, that hasn't happened yet and he was also very unlucky in the two races in Austria. He has no shortage of talent or speed, but to win titles you need all the pieces to fit together. Hopefully he can manage it.

AS: What did you think when you saw the accidents at Red Bull Ring?

JL: "Episodes like that are a reminder that our sport is still very risky. An accident such as one of those can change your whole life in one second. That's exactly why, once you feel like you have achieved the goals you set yourself, the intelligent thing to do is to seriously evaluate whether or not it is worth the risk. 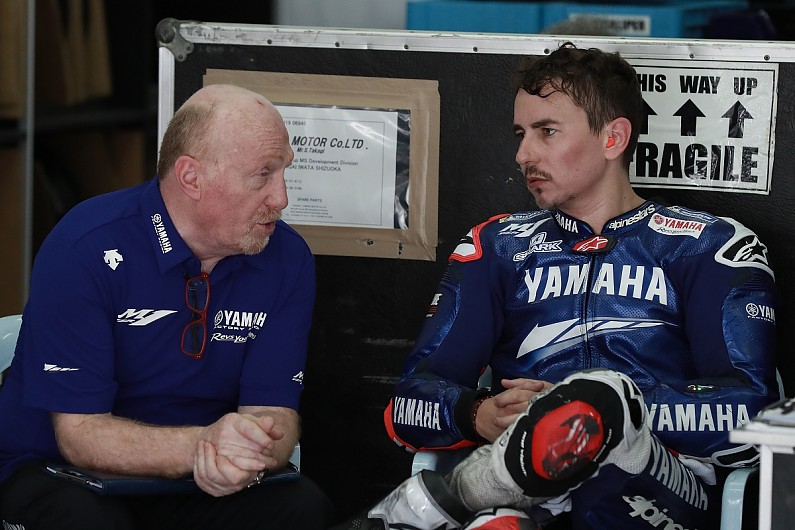