The German - standing in for the injured Marc Marquez at the factory Honda team - took to the Misano circuit for a lap with headset and radio connected to his leathers to test a new warning system.

In the wake of several major incidents during the Austrian race weekends, the riders proposed a new warning system in the Safety Commission during the Styrian Grand Prix last month.

Owing to the difficulties in sometimes seeing warning flags, the new headset system Bradl tried will allow Race Direction to broadcast pre-recorded messages to warn a rider of hazards ahead of them.

Dorna's sporting director Carlos Ezpeleta says the test with Bradl went "pretty well", and didn't rule out the possibility of the system being developed to a stage where MotoGP would have on-bike radio communication between teams and riders.

"One of the things we have been addressing this year is visibility of the yellow flags, and flags in general I would say, and after the incidents in Austria we spoke to the riders in the Safety Commission and they asked if we could try the radio system again," Ezpeleta said.

"We had tested the system in the past with various riders and they said it was a little bit disturbing.

"But now the technology has improved a lot in these past years, we decided to give it a try. In general, we tested today with Stefan and the test went pretty well.

"It's just a very first preliminary test to see what has to be improved in the future. 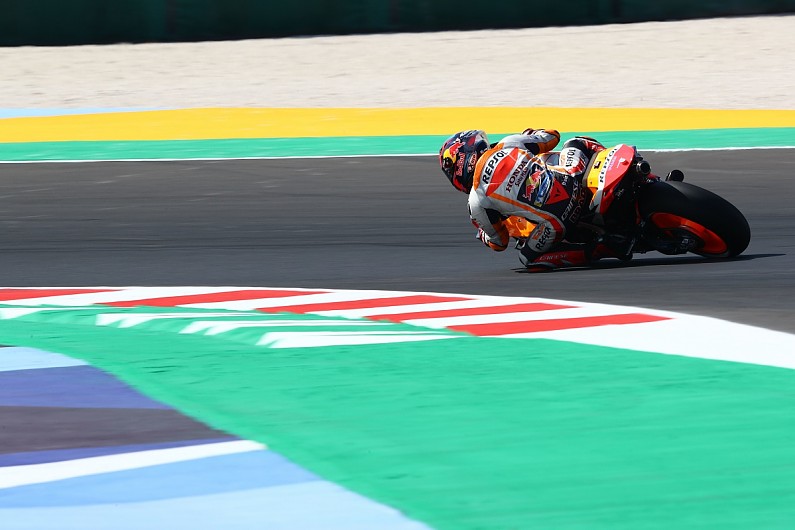 "Of course, the system itself is a very first prototype, which will be improved.

"In the beginning this will only be used by Race Direction to communicate pre-determined recorded messages about flags, penalties, things like this.

"And maybe in the future, if teams and riders agree, we can open it up to communication from the teams, and even if it's possible from riders back to the teams."

Suzuki's Alex Rins praised the idea, stating: "It's something that seems very good to me.

"It was a proposal that the riders presented at the last grand prix and we are going to analyse the tests that have been carried out at the next Safety Commission.

"Of course, it can help, I don't know if Bradl was bothered by wearing a headset and getting messages inside the helmet.

"But without a doubt, it can be a great improvement in terms of security for the future."