Marquez has been absent since breaking his right arm in last year's Spanish Grand Prix and has since undergone three operations to correct the injury - the latest in December likely to rule him out for the opening rounds of the provisional 2021 calendar.

After losing his place at Ducati for 2021, Dovizioso is taking a sabbatical this year but hasn't ruled out the possibility of standing in for Marquez at Honda should the offer emerge.

But, speaking to Motorsport.com's Spanish GP podcast, Hernandez - who acted as Bradl's crew chief - wouldn't see this as a "normal" move for Honda and thinks the "great job" Bradl did in 2020 warrants him being the first in line to replace Marquez again.

"I would not see it normal for Honda to sign Dovizioso to replace Marc," Hernandez said.

"If during the year you have considered the option and incorporate him [Bradl] as a test rider and in the end you have ruled him out - because, among other things, Stefan has done a great job - well, I wouldn't understand that you signed that rider for three races.

"It would make much more sense for that substitute to be Bradl, because he is the one who has the best sensations with the bike. 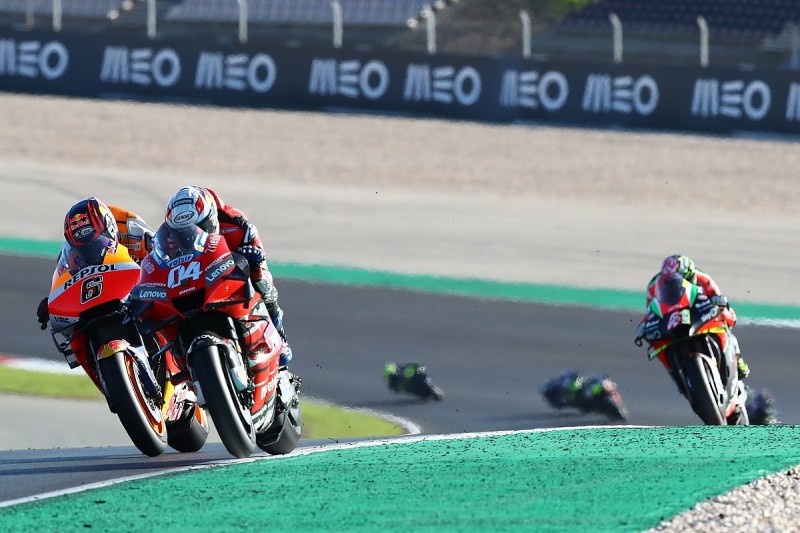 "He is the one who has understood things that happen in races and that are only understood in a grand prix.

"Because he has the speed and because he is the tester who is testing things to improve the bike, who better than him to replace Marc?"

A total of nine riders won races in 2020, with 15 taking to the podium across the 14-round campaign.

The kind of consistency Marquez has shown in recent years in his hunt for the championship was largely absent from the grid last season, with Hernandez surprised that the likes of Dovizioso, Maverick Vinales and Fabio Quartararo were unable to fill the void left by Marquez.

"Those who had to punch the table and position themselves as leaders didn't do so," he added.

"No one has. The surprising thing is that people like Vinales, Quartararo or Dovizioso have been in another world.

"It is as if the hare had been taken from the greyhounds and had stopped running.

"Maybe at the beginning of the season they were preparing to win the championship, suddenly [the reigning champion] disappeared, and they did not know what to do and they were lost.

"Quartararo won the first two races at Jerez and then disappeared. He quite surprised me."