Valentino Rossi admits he feels younger on his Yamaha after Friday practice for the MotoGP San Marino Grand Prix, having felt as if he was "50 years old" in Austria.

Rossi struggled for frontrunning pace in the two Austrian races last month, finishing fifth in the Austrian GP and only ninth in the Styrian GP as the Yamaha's power deficit hampered the 41-year-old.

Yamaha expected to be stronger at Misano owing to the track's nature, while the added grip of the new asphalt would play into its hands - though it hadn't tested on the new surface like its rival manufacturers, the logic of which was questioned by Rossi and Fabio Quartararo on Thursday.

The Japanese marque ended Friday at Misano first and second on the combined times courtesy of Quartararo and Maverick Vinales, with Rossi 0.543 seconds further back in sixth.

When asked by Autosport if he was relieved to have been so strong after a tough run of races last month, he replied: "To try to explain, in Austria I felt like I am 50 years old.

"Here in Misano, I feel like I am 30. So, it's completely different.

"We were fast here in Misano also last year, but we needed to go on track to understand if we are still good, because in MotoGP the technical situation changes very fast.

"And the other manufacturers make a lot of tests here: Ducati, Aprilia, KTM for example, so you never know.

"But it looks like the M1 is competitive here and we have a lot of work to do, but I feel more young compared to Austria." 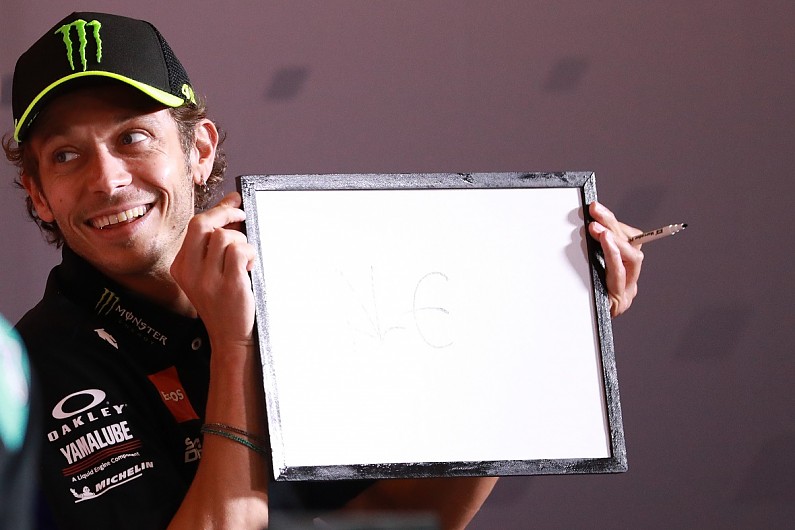 Rossi's long run pace was strong, but lacking compared to that shown by Yamaha stablemates Quartararo and Vinales.

The Italian admits he needs to tidy up his lap to be a factor in the podium battle on Sunday, but feels there is "another type of motivation" within his team after the tough Austria races.

"It was a good first day, the most important thing for us is our bike is very competitive and we are a lot stronger compared to Austria, and we can fight for the top positions," he added.

"This makes the situation completely different, another way to work, another type of motivation.

"My pace is not too bad, but if I want to fight for the podium, I need to improve a little bit because I lose some tenths in some corners during the lap.

"So, we have to work hard, but the first day was positive and here the Yamaha is good."