After a two-week breather MotoGP gears up for a frantic blast through the rest of the season with nine races across 11 weeks, starting with the San Marino Grand Prix.

Despite struggling throughout the Austrian double-header, Fabio Quartararo still leads the MotoGP riders' standings with a three-point advantage over Ducati's Andrea Dovizioso.

With Marc Marquez set to remain out of action until at least October, the title race is expected to remain wide open with the Misano double-header presenting an opportunity for a championship contender to grab the initiative after an unpredictable opening five rounds.

Quartararo was narrowly denied victory at Misano by Marquez 12 months ago, so will come into this weekend as a strong candidate for victory, but he'll be hoping to regain confidence after a tough triple-header between Brno and the Red Bull Ring.

Dovizioso will also be under the spotlight with his future uncertain after confirming his Ducati exit in Austria before going on to win the opening Spielberg race to kickstart his title charge.

All KTM riders will be feeling confident about their chances following the last trio of races, with Brad Binder claiming victory in Brno and Tech3's Miguel Oliveira matching the feat in the second Red Bull Ring encounter.

A fightback will also be expected from factory Yamaha duo Maverick Vinales and Valentino Rossi. The Spanish rider suffered a dramatic bailout crash last timeout at the Styrian GP, which was later revealed to be down to ignoring MotoGP brake supplier Brembo's advice to run a new system.

Rossi is expected to shed some light on his MotoGP future as talks with SRT continue to protract, while the wider rider market will also be a key focus point, as Ducati looks set to confirm who will take its second factory spot alongside Jack Miller for 2021.

Misano will host a MotoGP double-header over the next two weeks before the paddock heads on to Circuit de Barcelona-Catalunya for the Catalan GP at the end of the month. 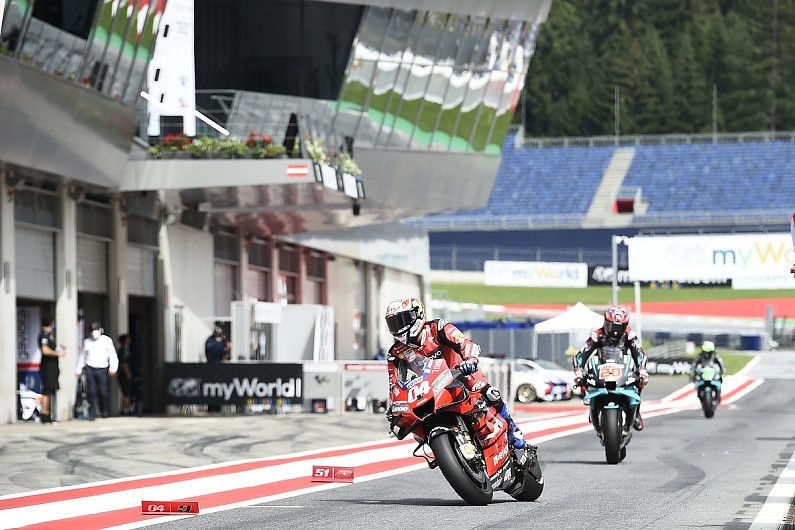 Q2 is the pole position shootout which decides the order of the front four rows, with the rest of the grid organised on Q1 times, for the 27-lap San Marino GP on Sunday.

Moto2, Moto3 and MotoE are also in action during the San Marino GP. 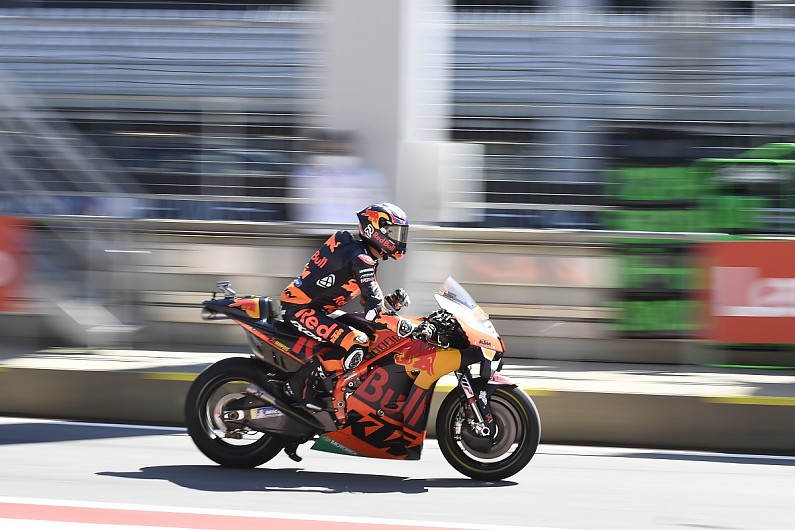 BT Sport's live coverage of Sunday's action starts with the warm-up sessions at 07:20am, taking it from the world feed, before switching to its own broadcast at 09:00am for the pre-race show ahead of the MotoE race.


Can I stream the San Marino MotoGP?

Viewers in the United Kingdom can also stream the San Marino GP by purchasing a video pass from MotoGP.com. A one-off video pass, which lasts until the first race of the 2021 season, costs £125.76p, or it can be paid for in two instalments each costing £62.88p.

Misano is set for warm conditions with sunny spells throughout the San Marino GP race weekend, with highs of 28 degrees Celsius on race day. 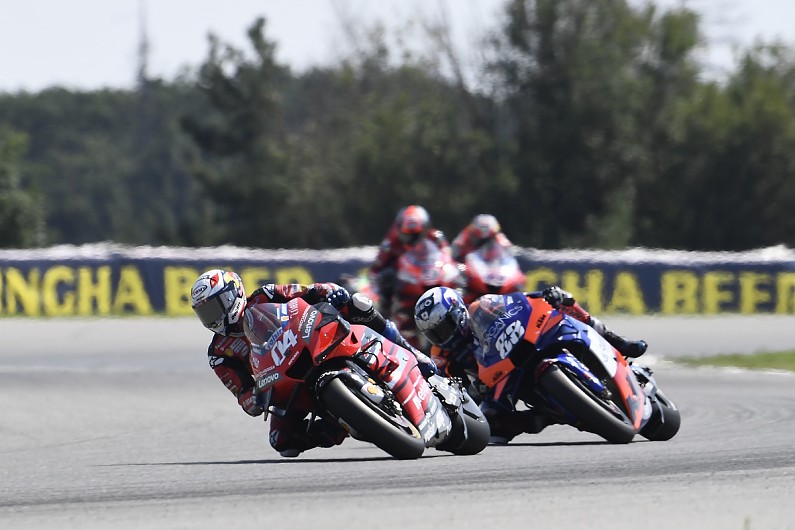