Fabio Quartararo says his MotoGP Styrian Grand Prix won't be a case of "surviving" for damage limitation, after qualifying in 10th for the second Red Bull Ring race.

The championship leader struggled to eighth place in last week's Austrian Grand Prix due to a braking issue, and was only seventh at the Czech GP having dominated the opening two rounds at Jerez last month.

On Friday at the Styrian GP, Quartararo was left baffled by a "really bad feeling" with the tyres on his Petronas SRT Yamaha.

Quartararo had "no grip" in qualifying on Saturday despite making a step forward with set-up in practice and could only manage 10th - though he will start ninth as a result of third-placed Johann Zarco's pitlane start penalty.

When asked if his Styrian GP would be one of survival, Quartararo said: "I will attack because I think it's really important to not stay in my position or even dropping [back].

"So, it's not about [just] surviving, it is about the comeback.

Quartararo will start alongside Austrian GP winner Dovizioso, with the Frenchman noting he now has "a great person to follow" and will concentrate on making sure he trails the Ducati through his expected rise up the order.

"I think yes, because we have a great person to follow," he said when asked if he could take solace in qualifying alongside Dovizioso. 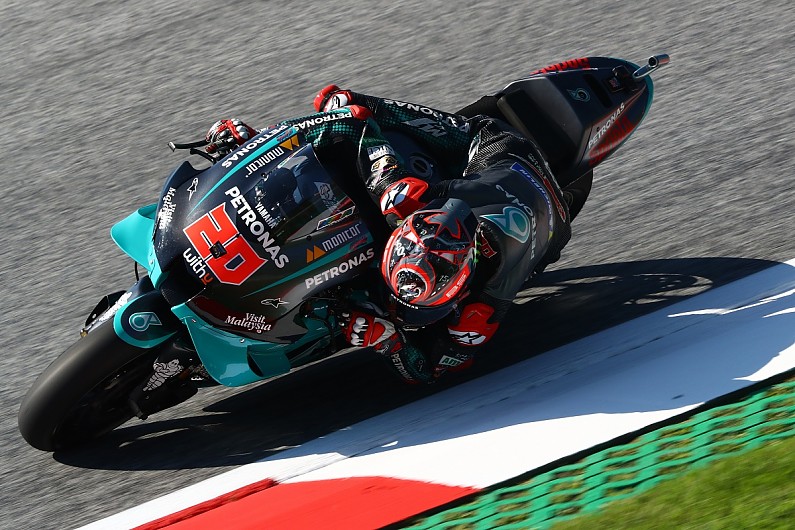 "I will try because for sure he will come back to the front and I will give my best to... every time he overtakes someone, [I will try to] overtake also the person in front.

"But first of all, we need to make a good start.

"I know he's really good at this. And then our pace is not that bad.

"So, we need to see where we can fight and where we can overtake with our bike that I think there is not a lot of places.

"I want to perform in the first lap, first two braking [zones], that will be really important. And follow [Dovizioso]."

Quartararo still holds the championship lead ahead of Sunday's Styrian GP, but only by 11 points following Dovizioso's win last week.