After a brief pause for breath, the reshuffled 2020 MotoGP season resumes with the Czech Republic Grand Prix at Brno.

Reigning world champion Marc Marquez has already been ruled out of action for Repsol Honda having undergone a second surgery on his broken right arm, which sees HRC test rider Stefan Bradl stepping in.

But the fight at the front remains just as competitive, with Jerez double winner Fabio Quartararo looking to make history by becoming the first Yamaha rider to win the opening three races of a season since Kenny Roberts in 1980.

Ducati will be looking to strike back in Brno, with Andrea Dovizioso claiming victory at the Czech Republic track in 2018, which hosts the first in a triple-header of races which on paper appear favourable to the Italian manufacturer.

The Argentina, Thailand and Malaysia rounds have all been cancelled for 2020 amid the COVID-19 situation, but a Portuguese round at the Algarve circuit looks set to bolster the calendar. 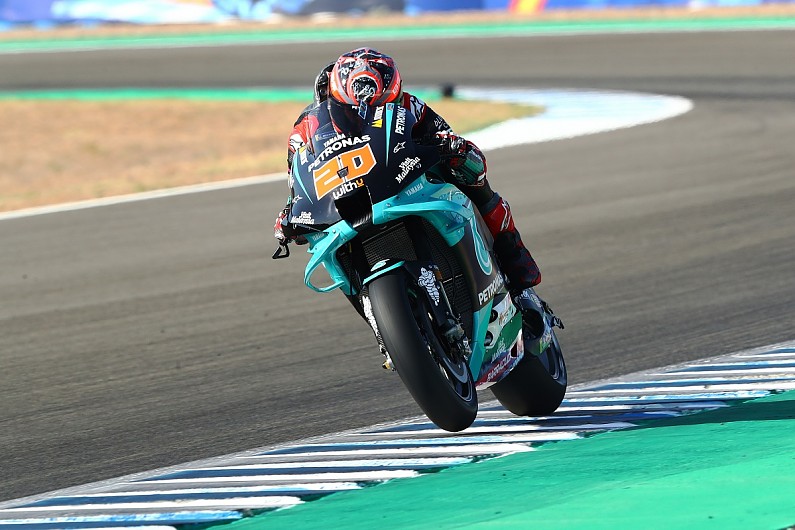 Q2 is the pole position shootout which decides the order of the front four rows, with the rest of the grid organised on Q1 times, for the 20-lap Czech Republic GP on Sunday.

Moto2 and Moto3 are also in action during the Czech Republic GP. 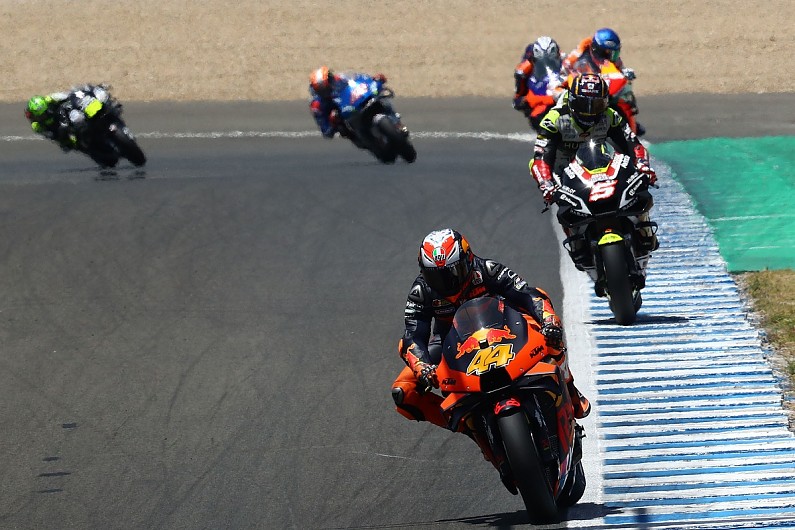 Can I stream the Czech Republic MotoGP?

Viewers in the United Kingdom can also stream the Czech Republic GP by purchasing a video pass from MotoGP.com. A one-off video pass, which lasts until the first race of the 2021 season, costs £179.87p, or it can be paid for in four instalments each costing £44.96p.

Quest TV is set to broadcast free-to-air highlights of the 2020 season, usually on a Monday evening after each race weekend, with further details about specific timings and highlight packages set to be confirmed.

Brno is set to be bathed in sunshine all weekend during the Czech Republic GP, with highs of 30 degrees Celsius on race day.