MotoGP's number of cancelled or postponed races due to the coronavirus pandemic has risen to six, after May's French Grand Prix was officially postponed on Thursday.

MotoGP has yet to get a premier class race underway in 2020, after the season-opener in Qatar at the start of last month was cancelled a week prior owing to stricter travel measures imposed by the country due to COVID-19.

As the virus continued to worsen around the globe, the following rounds in Thailand, America, Argentina and Spain were all postponed by MotoGP promoters Dorna Sports and governing body the FIM.

Last month, the ACO announced that this year's Le Mans 24 Hours car race had been pushed out of its June slot to September - putting the writing on the wall for the May 15-17 Le Mans MotoGP race.

Organisers had been expected to make a decision on the race at the start of April, with the new being confirmed on Friday morning.

As with the postponement of the Spanish Grand Prix at Jerez - which was due to take place on May 3 - no revised calendar has been issued due to the fluid nature of the COVID-19 pandemic. 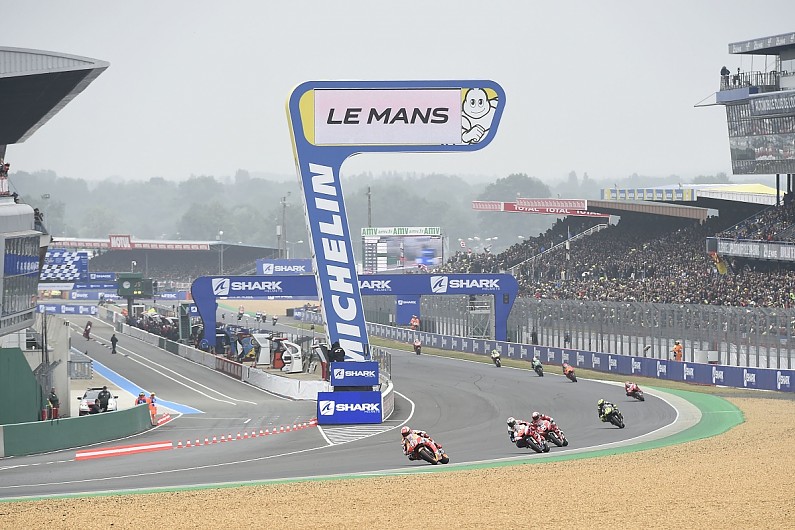 A brief statement from the FIM read: "The FIM, IRTA and Dorna Sports regret to announce the postponement of the SHARK Helmets Grand Prix de France, which was set to be held at the Bugatti Circuit in Le Mans from the 15th to the 17th of May.

"As the situation remains in a state of constant evolution, new dates for the French GP and the recently-postponed Gran Premio Red Bull de España cannot be confirmed until it becomes clearer when exactly it will be possible to hold the events.

Dorna had previously remained committed to running all 19 races (Qatar won't be rescheduled to due to essential track works taking place later this year) in a revised calendar, with ideas of two-race weekends and running the season into January mooted.

However, it appears that Dorna has relaxed this approach and is thought to be looking at running considerably fewer rounds and avoiding extending the campaign into '21.

Contractually, Dorna has to run 13 races, though the uniqueness of the current situation will likely allow for flexibility with this.

The Italian Grand Prix at the end of May will also be postponed, though official confirmation of this is still to come.