MotoGP promoter Dorna Sports says it is offering financial assistance to all satellite MotoGP teams and the Moto2 and Moto3 squads to help pay staff wages during the coronavirus-enforced hiatus.

The 2020 MotoGP season has had the first five rounds of the year either cancelled or postponed due to the COVID-19 pandemic, with at least the next two events in France and Italy scheduled for May expected to be knocked from their calendar slots.

With no racing taking place currently and no exposure for sponsors to fulfil contractual obligations, teams - particularly in Moto2 and Moto3 - are beginning to struggle financially.

Dorna itself is not generating the sort of revenue it would normally, but CEO Carmelo Ezpeleta has revealed plans to help his championship's teams for at least the next three months.

In an interview with Spanish outlet AS.com, Ezpeleta said: "We are trying to help the satellite teams so they can pay their salaries.

"The championship's biggest asset is the people in it.

"There's a very big group of people working in this [paddock] and we have to try to keep it alive and well.

"We are starting to learn about the needs of the Moto2 and Moto3 teams and we have given them, for now, €25,000 per rider [fielded]. 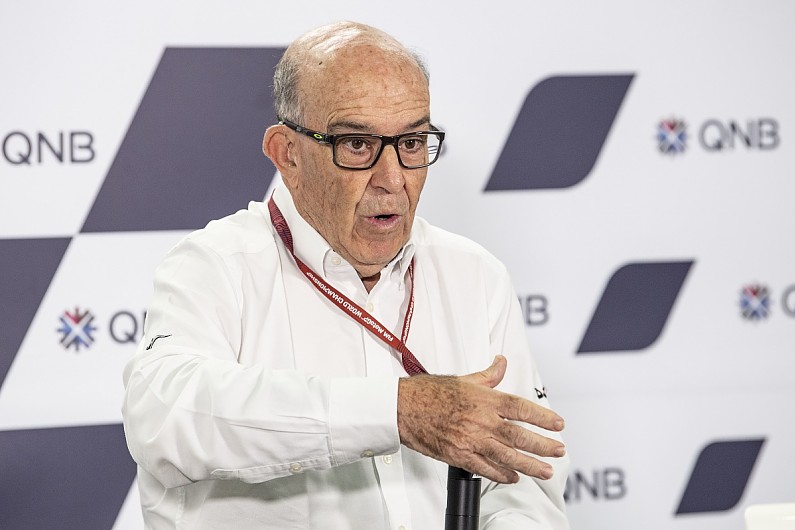 "In MotoGP, we are activating some lifelines to be able to pay the staff's salaries.

"In this case, it's not a fixed amount per rider, but per team.

"We have to consider monthly expenses and we'll try to help them financially for, at least, the next three months."

It is understood that the "lifeline" being enacted is an advancement on the participation bonus teams receive at the end of each year.

Dorna is yet to issue a revised calendar following last week's postponement of the 3 May's Spanish Grand Prix. Contractually, MotoGP has to run a minimum of 13 rounds, with ideas such as two-race weekends and extending the campaign into January all mooted.