The MotoGP Spanish Grand Prix at Jerez due to run at the start of May has been postponed due to the coronavirus pandemic, becoming the fifth race to be scrapped.

The COVID-19 outbreak is now centred on Europe, with Formula 1 recently postponing its Dutch and Spanish GPs, while cancelling Monaco altogether.

MotoGP had its season-opening Qatar race cancelled, with the following races in Thailand, Austin and Argentina postponed to later in the year due to the ever-changing coronavirus situation.

It had been hoped that the Jerez race on 3 May could be the official start of the 2020 season, but that was dashed on Thursday morning by MotoGP promoters Dorna Sports and governing body the FIM.

Following the loss of the last four races, a new calendar was issued almost immediately by the FIM.

However, a new date for the Spanish GP will not be announced until the coronavirus situation worldwide becomes clearer.

The full FIM statement read: "The FIM, IRTA and Dorna Sports regret to announce the postponement of the Red Bull Gran Premio de España, which was set to be held at the Circuito de Jerez-Angel Nieto from the 1-3 May.

"As the situation remains in a state of constant evolution, a new date for the Spanish GP cannot be confirmed until it becomes clearer when exactly it will be possible to hold the event. 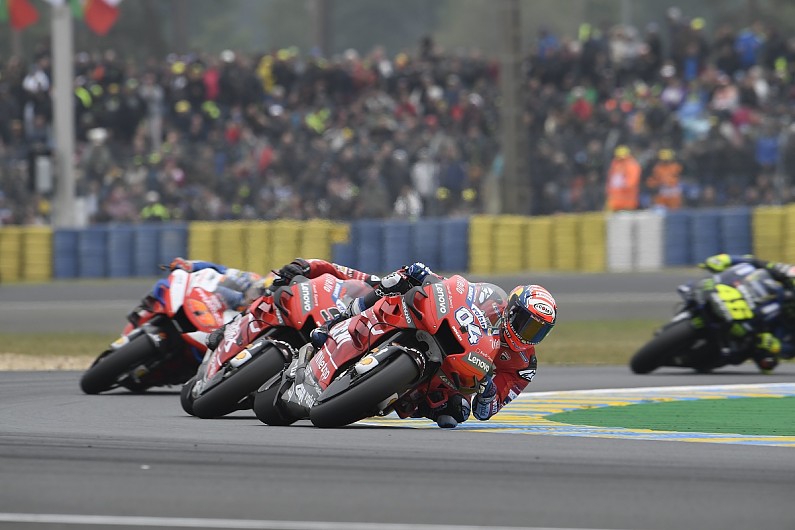 It is expected the following French and Italian Grands Prix at Le Mans and Mugello respectively will also be axed from their current slots - with a decision on the former expected at the start of April, according to French GP promoters.

Jerez's postponement also means the final pre-season test and opening round of the 2020 MotoE World Cup will not take place.

Dorna has previously expressed its hopes to still be able to run all 19 remaining races following Qatar's cancellation.

The most recent revised calendar issued shows a run of eight races in 10 weeks, with the season not set to conclude until 29 November in Valencia.

However, Dorna and the FIM has not ruled out running the year longer if necessary, while two-race weekends and races behind closed doors have also been mooted.