The COVID-19 outbreak, which has infected well over 600,000 people worldwide and killed over 30,000, has forced the postponement and cancellation of many major sporting events, including the opening eight F1 races and the first five MotoGP rounds.

F1 was embroiled in controversy during its Australian Grand Prix weekend a fortnight ago, when it was forced to cancel the event just hours before practice was due to get going after McLaren withdrew following one of its team members testing positive for the virus.

MotoGP, in contrast, cancelled its opening race in Qatar a week before the event due to restrictions on travel in the country, and has postponed the following races in Thailand, America, Argentina and Spain well ahead of their running.

When asked to compare how MotoGP and F1 has handled the current situation, Puig told Autosport: "I think we have to be very proud of the organiser of our Championship.

"Dorna has done things with its head, step-by-step, and always listening to the opinion of the health authorities [of every country].

"From there, it has been evaluating what could and could not be done, but it is very interesting how the entire group that works in the World Championship has been protected.

"If we compare it with F1, with soccer institutions or with the International Olympic Committee - which have been very hesitant - Dorna has done what it had to do." 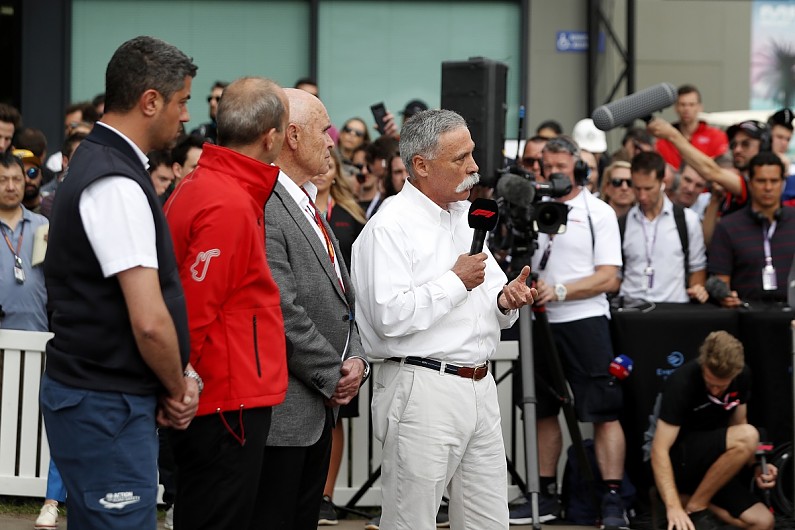 Last week, the 2020 Tokyo Olympics were officially postponed to next year following increased pressure, while the European Football Championship have been cancelled.

Turning his praise to Dorna CEO Carmelo Ezpeleta, Puig added: "From the first moment, they [Dorna] was aware of the magnitude of the problem.

"And for that, you have to have clarity of ideas and be smart, and Carmelo Ezpeleta is."

Last week, Dorna and MotoGP governing body the FIM confirmed the 3 May Spanish GP at Jerez has been postponed, and it is expected the following French and Italian GPs will follow suit.

An announcement on the Le Mans race is set for the first week of April.

Unlike with previous postponements, a revised calendar was not issued, as the ever-developing situation worldwide with COVID-19 makes doing so impossible right now.

The schedule issued prior to the Spanish GP's postponement still had all 19 remaining races on the calendar, with Aragon brought forward a week and Thailand taking its original 4 October slot.

The Argentine and Austin races are now set for November, forming a second triple-header of races with the finale in Valencia on 29 November.

Previously, Dorna and the FIM has mooted the possibility of two-race weekends and running the season into January if necessary.