© 2020 Autosport.  All rights reserved.
Previous / MotoGP teams to hold test prior to 2020 start
Next / Jerez becomes latest MotoGP round postponed

Ducati MotoGP rider Andrea Dovizioso believes that a compressed schedule in the second half of 2020 owing to the global coronavirus pandemic will be "difficult for everyone".

The new season is currently due to begin at Jerez in early May following the cancellation of the Qatar Grand Prix for the premier class and the postponement of the following three races in Thailand, Austin and Argentina until later in the year.

It means riders are currently facing two triple-headers to close out the season, although the schedule could become even more congested in the latter part of the campaign if more races get delayed, which appears increasingly likely as the COVID-19 crisis develops.

"It's very difficult, but it all depends on your speed," Dovizioso told Sky Italia.

"If it's good, in these consecutive races you can gain a lot of ground on the others. If it's not, you can be even worse than in normal circumstances.

"It depends on what situation you are in during that part of the season - technically, the feeling with the team and with yourself. 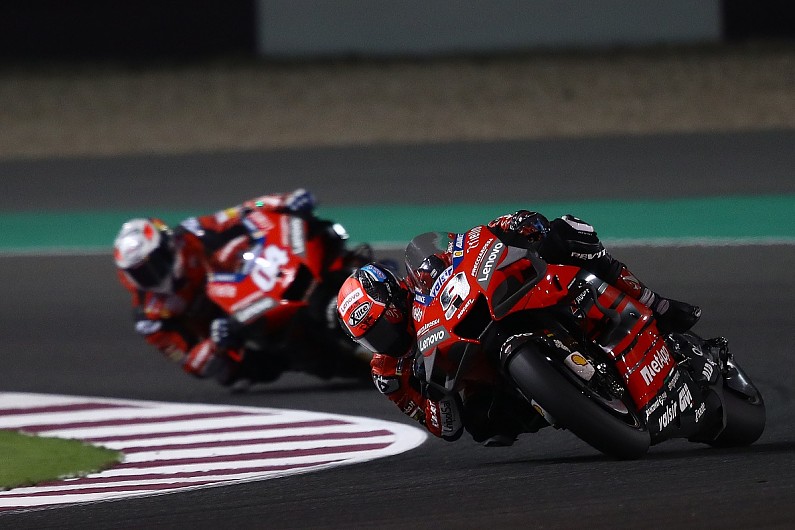 "The more compressed the races are, the harder it will be, also because especially the flyaway races, the travelling, the timezones, will be difficult for everyone.

"Of course it will affect [the competition], but understanding who could do better or worse is impossible, it also depends on which races will eventually be cancelled.

"Every track favours certain riders and certain bikes rather than others."

Yamaha rider Maverick Vinales had a different view on the delays, suggesting a more condensed end to the campaign could benefit him.

"For sure it will be a very busy year, because what we're missing now we're going to recover at the end of the year," Vinales told MotoGP.com