The Thailand Grand Prix, which is due to be the second round of the 2020 MotoGP season, will go ahead despite uncertainty over the outbreak of the coronavirus.

Originating from nearby China in the province of Wuhan, the novel coronavirus has killed 1,775 people and infected over 70,00 people worldwide.

The outbreak has effectively shut down access to and from China, forcing the postponement and cancellation of numerous international sporting events - most notably its Formula 1 race in Shanghai, which was due to take place in April.

Due to the proximity of Thailand to China, concerns were raised about running the Thai MotoGP race in Buriram on 20-22 March, having been moved forward from an October slot last year.

However, a statement released by MotoGP says the FIM (governing body) teams' association (IRTA) and series owners Dorna Sports consulted with the Ministry for Public Health and Department for Disease Control in Thailand, which has "communicated, on behalf of the Royal Thai government that there is no major risk" of coronavirus in the country.

As a result, the race at the Chang International Circuit will go ahead as planned.

The full statement reads: "Following communication from the Thai government, the FIM, IRTA and Dorna Sports can confirm that the OR Thailand Grand Prix will go ahead next month. 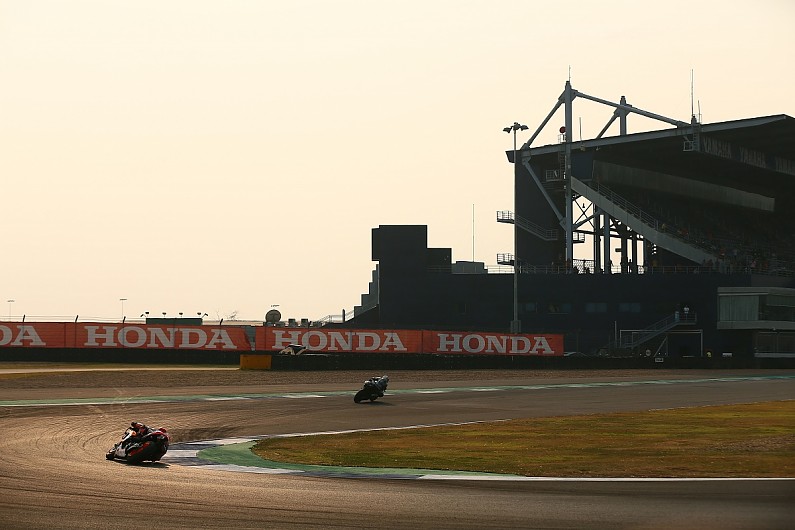 "With the outbreak of coronavirus affecting a number of locations and events worldwide, the decision required official consideration as the situation in Thailand was monitored.

"After consulting with the Ministry of Public Health's Department of Disease Control, the Sports Authority of Thailand has officially communicated, on behalf of the Royal Thai government, that there is no major risk, with the country having infected patients under care and strict preventive measures in place - resulting in the highest rate of fully recovered patients worldwide.

"The FIM, IRTA and Dorna therefore confirm that MotoGP will be back at Buriram from the 20th to 22nd March for another spectacular Thai GP."

The Thai GP has been staged in Buriram since 2018, and been won on both occasions by works Honda rider Marc Marquez.