Fabio Quartararo says he can still get better on Yamaha's 2020 MotoGP bike as he is not yet "100% comfortable" with it, despite ending all three Sepang test days fastest.

Quartararo was fastest on the opening day of the first pre-season tes on a 2019-specificaion M1, then used the 2020 version to go fastest on days two and three.

But Quartararo, whose best time of 1m58.349s was almost two tenths quicker than the next best Yamaha of Valentino Rossi, called for more work and time with the bike as his overall feeling with it is not yet optimal.

"I am not feeling 100% comfortable with the bike so we need to work and understand why, also check the data with the factory [team]," he said.

"It's not really a [single] problem, it's overall of everything - braking area, electronics, the drive, the grip.

"It is quite difficult but with the team we'll analyse."

Quartararo also looked competitive on long-run performance, and reckoned Yamaha has already gained a couple of tenths even though its top speed is still not on par with rivals.

"[It] was the worst of the two days and we manage to get into the 1m59s, really low-2m00s so quite happy about the pace.

"It is the first long run that we did with the bike, we need to work with the electronics.

"Last year we saw that the problem was the top speed. We are still really far from [the best] top speed which is something we need to check in Qatar.

"But yes, I think with this [bike] we can already win some tenths." 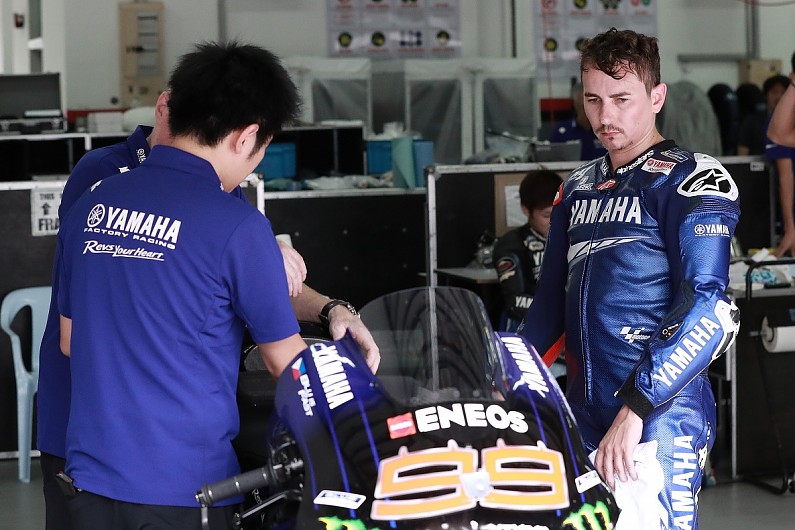 Yamaha test rider Jorge Lorenzo appeared for the first time during the official test on Sunday, though he had previously ridden for a day during the shakedown.

Lorenzo was 20th in the end-of-day times, after completing 46 laps aboard the 2019 Yamaha.

"It's a nice feeling, as I felt the first day, the bike didn't change so much, luckily or unluckily, depending on how you see," said Lorenzo.

"The bike is still very competitive, very easy for the rider especially if you are smooth.

"These two days I see two or three weak points for the future that we need to focus on, but also we have a lot of strong points and we keep these strong points that we had in the past, this is a good thing.

"Unfortunately for some reasons, Yamaha decided not to give me the new bike to try.

"They were thinking about it but decided not to let me try.

"We didn't have the time, or enough pieces to have one new bike for me."