The Suzuki MotoGP team has unveiled a new livery for its 2020 campaign ahead of the first pre-season test of the year at Sepang.

The 2020 MotoGP season will be Suzuki's sixth since it returned to grand prix racing in 2015, and it enters the campaign with an unchanged line-up of double race winner Alex Rins and 2017 Moto3 world champion Joan Mir.

This year marks 60 years of racing for Suzuki, and in celebration the GSX-RR MotoGP challenger features a new blue and silver livery to mark the occasion.

Pulling the wraps off the new colour scheme at Sepang on Thursday, team manager Davide Brivio said: "This will be a special year for Suzuki as it's the 60th year in racing, so we feel even more motivated to do well in front of all our company and our fans.

"Our engineers in Japan have worked on several items and small details, other than engine, during the winter trying to improve our good package.

"The riders are ready and excited, so I believe we have to set our target to improve again and again the performance of the team with both riders."

Shinichi Sahara, MotoGP project leader, added: "Last season gave us important information about our competitive level compared to other teams and also contributed to the growth of the MotoGP project, in terms of technical package of the GSX-RR, work methodology within the team and - last but not least - experience and solidness of Rins and Mir. 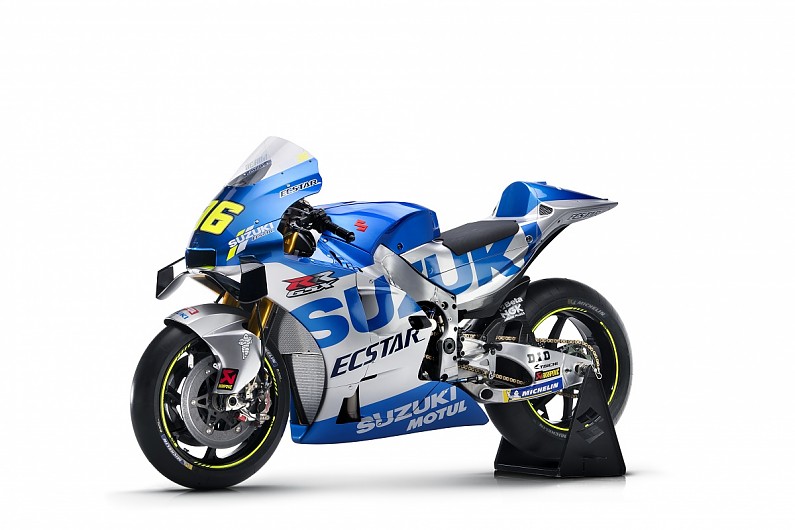 "We had some positive results and also two outstanding victories, which is positive, but also got the clear feeling that our potential can be even better exploited.

"This is the spirit with which we head into the 2020 season, carrying 60 years of experiences in racing to try our best to even better results.

"Since our comeback in 2015 we have done small but steady steps that led us into the top of the competition, having more than one rider get Suzuki podiums and wins.

"We are now called to further improved this competitiveness and make a further step, being able to fight consistently into the podium positions."

Suzuki won two races in a single season for the first time since 2000 last year courtesy of victories for Rins at Austin and at Silverstone.

It ended the campaign fourth in the manufacturers' standings, with Rins only six points away from a top-three position in the riders' championship in fourth.