Aprilia's MotoGP engine is set for a fundamental redesign in 2020 as part of the RS-GP's overhaul for next season, racing department CEO Massimo Rivola has revealed.

Aprilia has finished at the bottom of the MotoGP manufacturers' standings in the last two yaars and holds the same spot in this year's table, 13 points behind KTM.

The Italian manufacturer's failure to make sustained progress has led to increasing discontent from rider Aleix Espargaro, who admitted in the aftermath of September's Misano test that "energy to fight is getting really difficult because the results are not arriving".

Rivola himself said he felt "much anger" by Aprilia's recent run of reliability issues after both Espargaro and Andrea Iannone retired from last month's Motegi round with engine issues, despite both riders running fresh units.

Aprilia first hinted at a "really different" bike in August, and Rivola has revealed that the Noale marque will switch to a new design engine next year, without ditching its traditional 'V' layout, hinting at a switch to a more conventional 90-degree V angle.

Rivola told Autosport: "It will still be a bike with a V4 engine but with a different V [angle] actually. So the engine is new. 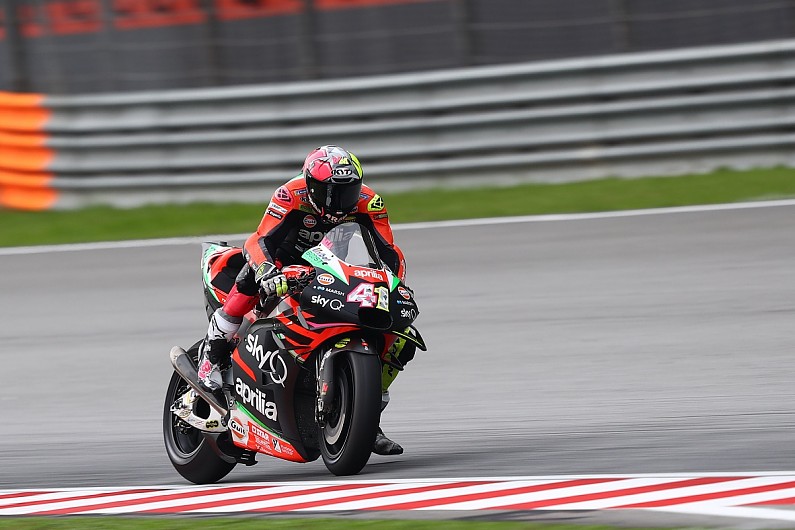 "The electronics are new from one race to another race. So it's obviously different. The aerodynamics will be also different.

"Yes, it is a brand new bike, but obviously the current bike will remain the base as we've used it for many years.

"So we can not avoid considering what we did and all information we have with this bike."

Rivola says there are areas in which the current RS-GP is strong, particularly in the light of Iannone's early charge to the lead at Phillip Island, but admitted there are several weaknesses it must address with its 2020 challenger.

"The strength of this [current] bike is that the bike rides the corners quite well," he explained.

"We could see that at Phillip Island.

"We see that we have to brake a lot and restart from the lower gears. We are lacking there.

"Maybe it's acceleration, maybe it's due to the grip and maybe it's about electronics to control the grip. It's a mixture. Maybe we have too much wheelies so we need more wings.

"The [new] bike is nicer to ride than the previous model, but we are lacking in some areas." 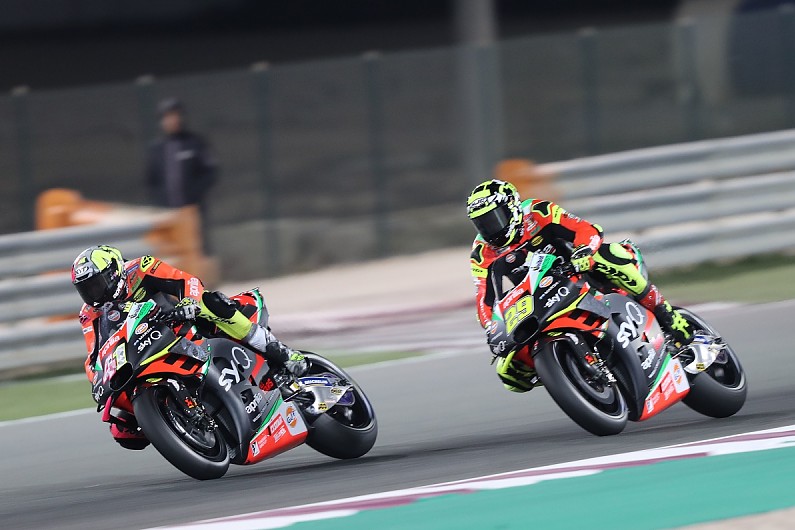 Rivola added that Aprilia's aim is to get a pair of 2020-spec bikes ready in time for the first official pre-season test at Sepang in February, but warned that the overhaul would not result in an immediate upturn in the squad's fortunes.

"Sepang is the target, to have two [new] bikes, not four," he said.

"I can tell you that it's an ambitious target since we are doing everything new. We are not carrying over any components. It's a big challenge.

"The target is to have the first shakedown in February with two 2019 bikes and two new bikes. We can start comparing.

"And I said to the riders 'Don't think, that the new bike will be better straight away. The current bike was developed for years'.

"Now we start with a completely new project.

"We need to understand what the new bike will be like."