Valentino Rossi says the Yamaha MotoGP bike's acceleration deficit is no longer as "embarrassing" as it was during last year's Aragon Grand Prix.

In 2018, the Motorland circuit was the scene of one of Yamaha's worst performances in recent years, as Rossi and team-mate Maverick Vinales laboured to eighth and 10th places respectively - behind not only Honda and Ducati but also Suzuki and Aprilia.

However, Yamaha has enjoyed a much more encouraging start to this year's event, as Vinales and Rossi ended up second- and third-fastest over the course of the first two practice sessions behind a dominant Marc Marquez.

Petronas SRT Yamaha rider Fabio Quartararo, who came close to denying Marquez victory last time out at Misano, was right behind the works pair in fourth.

Rossi credited improvements with the M1's electronics, as well as recently-introduced parts like a new exhaust and carbon swingarm, for the recent upturn in form.

"In the last races, especially for the second half of the season, but already in the first half, we improve a lot the electronics in acceleration," said Rossi.

"Last year, here the difference compared to the top bikes was embarrassing, exiting the corners.

"This is the main [reason], and after we work with the exhaust, also with mechanical grip, with the swingarm, etc. I think also for this reason we improve." 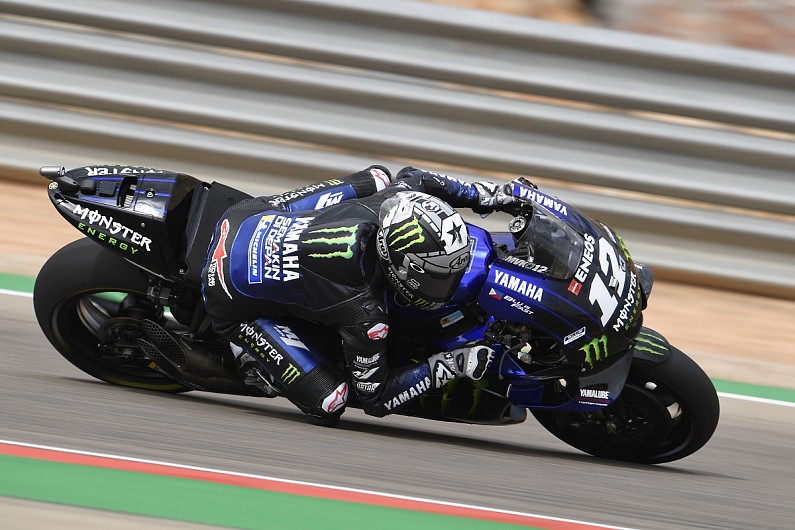 "I have not used the carbon swingarm because the set-up is complicated, so I prefer to focus on the exhaust," said the Spaniard.

"I don't want to mix [them], so we will concentrate on the swingarm in Thailand.

"I don't care about the position, I'm just focused on improving and trying things for next year."

Rossi also commented on the departure of Kouichi Tsuji from Yamaha's motorsport arm, the latest in a series of recent personnel changes aimed at boosting the marque's competitiveness.

"I have very good relationship with Tsuji-san because it is a long time [we worked together], already from [my first Yamaha year in] 2004," Rossi added.

"For me, he is a very good engineer, but on the last years his role is not fantastic, for him, for me.

"I think this [change] is good for improving the development of the bike. [There are] different people arriving that for me are very strong in Yamaha, and we need [them], because in the last years we are struggling always too much.

"But we need time to improve, so we will see in the future if we are able to be strong enough for win."