MotoGP's newest winner Alex Rins's "strongest point" is that he is under no pressure, according to reigning champion Marc Marquez.

Rins, who has posted 11 consecutive top-six finishes in MotoGP and claimed his maiden win earlier this year at Austin, sits second in the current riders' standings - just one point behind Honda rider Marquez.

Reigning champion Marquez has repeatedly highlighted Ducati's Andrea Dovizioso as the biggest threat to his title defence, but acknowledges Rins and Suzuki could also be a factor.

"His strongest point is that he doesn't have pressure at the moment. For sure it will arrive.

"It's important for the championship to have more manufacturers fighting for the title."

Despite his race results, qualifying remains a weakness for Rins - who has not started higher than seventh this season.

"I would like to always start better but this is MotoGP, trying to do a very fast lap is hard, but anyway I will try to improve," said Rins.

"But the exact problem I don't know. I try to put the bike on the limit, but sincerely I don't know where the problem is." 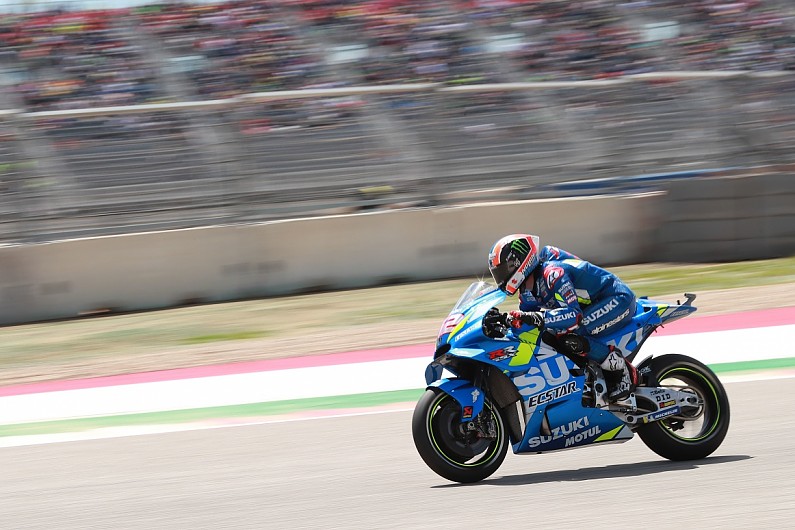 Suzuki is the only race winning manufacturer that does not currently have a satellite team - and team boss Davide Brivio admits it is unlikely to happen for 2020.

Finding a team willing to run a pair of satellite GSX-RR bikes has long been a target for Suzuki, which came close to signing up Marc VDS last year before it dropped off the MotoGP grid.

Brivio said at the start of this year that adding a second squad for 2020 was a priority, but now concedes getting things in place with Suzuki headquarters is taking longer than he had envisaged.

"The satellite team is unlikely to happen before 2021," Brivio told Autosport.

"We are in talks with the factory, in order to get everything that is needed at a logistical level and the material to cover those two extra bikes, but things are going slowly."

Suzuki's chances of getting a satellite team signed up are complicated by the fact most independent outfits in MotoGP now have strong links with other manufacturers.

LCR, Tech3, Pramac and Petronas SRT all have close ties to their parent factories, leaving Avintia as the sole team that could sign up to join Suzuki in 2020.

But last year Avintia renewed its relationship with Ducati for at least one more year, with an option contained within that agreement to cover 2020.

While two grid slots are theoretically available to a new team, these are being reserved by Dorna for Valentino Rossi's VR46 team to step up to the premier class when the Italian legend retires from top-line competition.