Valentino Rossi is pushing Yamaha to develop a winglet similar to Ducati's controversial device, which has now been adopted by Honda too.

Yamaha was the only one of Ducati's rivals that did not join the protest against its contentious rear winglet, having used a similar piece in wet conditions at Valencia last year.

With the component having been declared legal provided its primary purpose is not aerodynamic, Honda ran it for the first time in Friday practice at Austin.

Rossi, who referred to the winglet as "the spoon" said he would like to see Yamaha now follow suit.

"For me it's something that could be quite important for us," he said.

"It would help the rear tyre to have a little less temperature, like Ducati said, be a little bit more cold. And that would be good for the race.

"I push on Yamaha to have something similar. Already we have this for the wet. I hope that we can try.

"It's a small thing, but I think it'll be a small help. I hope [to have it] during this year, because we need to continue to work."

Rossi highlighted the need for Yamaha to improve its in-season technical development, to counter the gains that Honda and Ducati have made in previous seasons.

"In the last years, Yamaha started well at the beginning of the season, and Honda and Ducati improved and we didn't," said Rossi.

"From this point of view, we have to try to improve, test by test during the season." 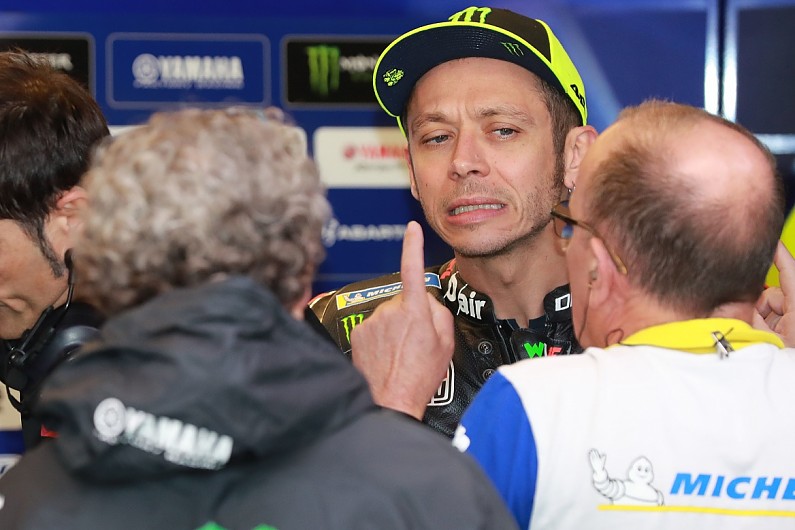 So far in 2019, Rossi has been encouraged by the pace of his bike. Fifth place in the Qatar season opener was followed by his runner-up spot in Argentina last time out, and he was satisfied with his one-lap pace in the United States too.

"We work well, we work in the right direction," said Rossi, who was third on Friday as his team-mate Maverick Vinales beat Marc Marquez's Honda to the top spot.

"We have a good group of engineers and people around this year, but the work is long. We lost time in the last two years, so we need the time."

Speaking specifically about the straightline speed deficit to Ducati in particular, he added: "The bike is not very fast in the straight, but in some other areas we improve.

"We know the engine is close. We have to work in the corners and try to [benefit from our] strong points."