Pol Espargaro says the criticism levelled at him and most recently his new KTM MotoGP team-mate Johann Zarco by team boss Pit Beirer is done to "make us better".

Zarco, who made the move to KTM from Tech3 Yamaha, has endured a tough first two races aboard the RC16 bike, finishing 15th in Qatar and Argentina.

He admitted after the second of those races at Termas de Rio Hondo race last month that "everything I do is not working" and that his struggles with his new machinery left him feeling "exhausted".

KTM motorsport boss Beirer said during the Qatar weekend that the Austrian manufacturer's new arrival has taken longer than expected to get up to speed, with Espargaro having so far scored 10 points this year to Zarco's two.

"This is a factory team, it comes with good salary, good bike, good attention but also big expectations," said Espargaro.

"A rider who is here needs to handle everything.

"I know Johann is a very good rider, is talented, he is calmer than me, so I cannot give him any advice because I think he is gonna handle it better than me.

"Pit [criticised] me and Bradley [Smith, who Zarco replaced] last year and is doing with Johann, but what Pit is saying is to try and make us better. 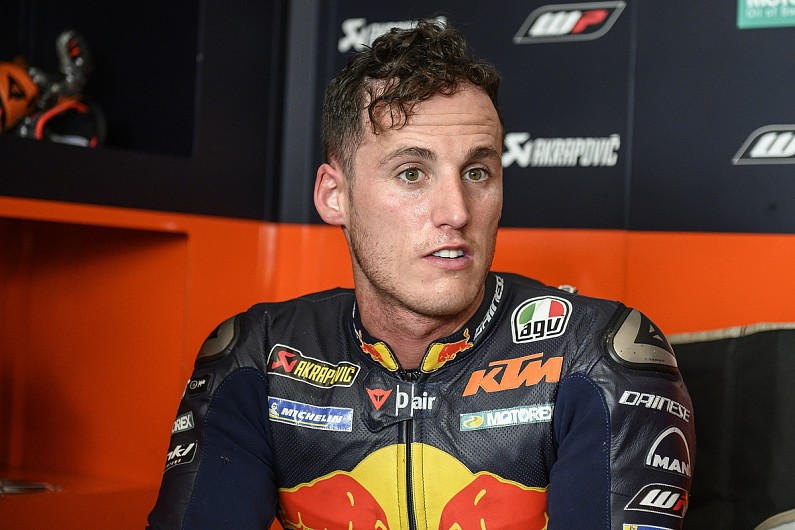 "We need to take it in that direction, not in another way."

He added: "For sure Johann needs time to get adapted to the bike and I am sure he is really fast.

"He did the pole in Qatar last year and he's been on the podium last year [in Argentina] so we cannot say that Johann is not a good rider.

"We all need to remember that Johann's been at the top of the level in MotoGP. He needs time, he will arrive."

But Espargaro stopped short of saying Zarco's task to adapt to the KTM is a taller order than his own job developing the KTM from scratch in 2017.

"You cannot believe, comparing the bike now to how it was the bike in Qatar the first year," he said.

"This bike was coming from a white paper, nothing was made on this bike and we needed to develop a bike from zero and this was so hard.

"For sure Johann now gets a much better bike than what we had in the beginning [of the project], but for sure it's not good enough for his level and not good enough to be on the positions he was in the past."