Nakagami, riding injured team-mate Cal Crutchlow's old 2018-spec Honda, logged his fastest time of the day, a 1m37.945s, with a little over an hour to run to displace Marquez at the head of the order.

That was a fraction quicker than Wednesday's benchmark, set by factory Ducati man Danilo Petrucci.

Nakagami was at the forefront of a late host of improvements, with Yamaha's Maverick Vinales jumping to third around the same time with a time just 0.121s off the pace.

Jorge Lorenzo made it three Honda riders in the top four with a 1m38.105s shortly after the seven-hour mark.

Petrucci was once again the best of the Ducati runners in fifth, three places ahead of Andrea Dovizioso, who despite suffering pain after his Wednesday crash was able to take part in Thursday's running as normal.

Splitting the two factory Ducati runners were Franco Morbidelli on the Petronas SRT Yamaha and another GP19 rider in Pramac's Jack Miller. 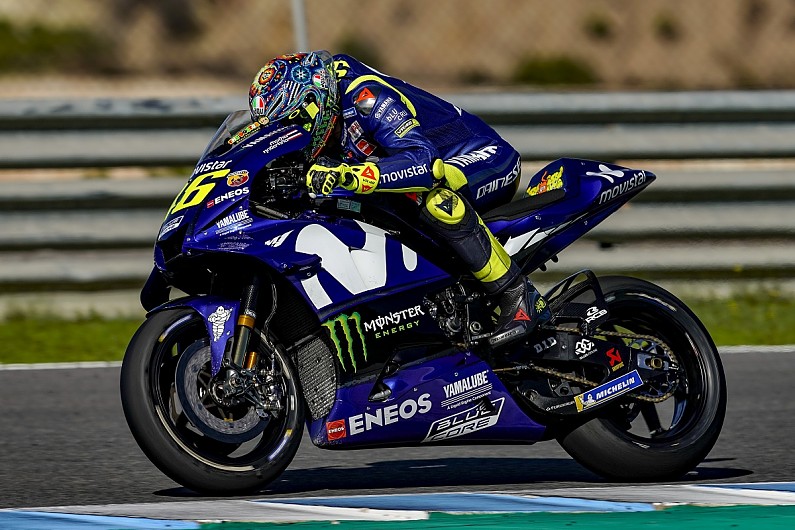 Valentino Rossi was half a second slower than Yamaha team-mate Vinales and ended the final day of 2018 running in 11th, one place ahead of another rookie - Fabio Quartararo (Petronas).

Pol Espargaro was the quickest of the KTMs in 15th, four places ahead of new team-mate Johann Zarco, while Andrea Iannone led the way for Aprilia in 18th.

Iannone's team-mate Aleix Espargaro made a brief appearance having sat out most of the test due to illness, but Bradley Smith spent the majority of the day on the #41 machine that was 20th fastest.

No crashes were reported in an incident-free day of running, although Ducati tester Alvaro Bautista did stop on track after running out of fuel.

MotoGP now goes into a two-month winter shutdown, with the first official pre-season test of 2019 taking place at Sepang on February 6-8, following a shakedown for test riders on February 1-3.