Yamaha has launched the MotoGP challenger Jorge Lorenzo and Valentino Rossi will ride in the 2016 season.

Lorenzo and Rossi won 11 of the 18 grands prix last year, with the Spaniard securing his third title in the controversial Valencia finale, by just five points over his team-mate.

Yamaha also secured the teams' and manufacturers' titles, its fifth triple crown, and managing director Lin Jarvis has set his sights on a sixth with the 2016 YZR-M1.

"We have a lot of expectation, we plan to go and do exactly the same thing again," Jarvis said during the launch event in Barcelona.

"We really want to achieve that sixth triple crown.

"We know that this year there will be a couple of significant changes with regulations and the tyre supply. For every motorcycle manufacturer that is a major adjustment.

The latest Yamaha will race on MotoGP's new Michelin tyres, and with the new control ECU, which riders have dubbed "a backwards step". Rossi agreed going into the year with so many unfamiliar factors would be difficult.

"This year you start not from zero, but from another point," the Italian said.

"With the new tyres and everyone has to understand what happens.

"It will be different and difficult, but we have to be ready from the beginning." 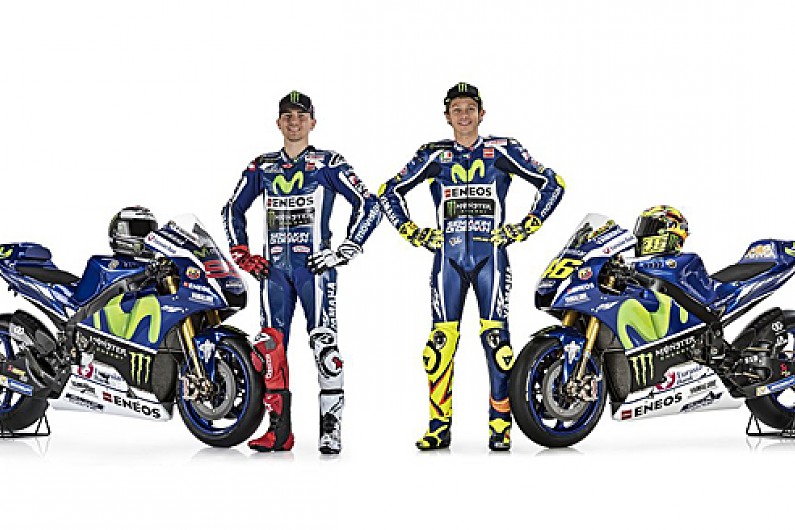