Marc Marquez says he would have no qualms about Honda signing his arch MotoGP rival Jorge Lorenzo as his team-mate for 2015.

MotoGP's top four riders' current contracts are all up at the end of 2014, and there has already been speculation that Honda could try to lure Lorenzo away from Yamaha as a replacement for Dani Pedrosa alongside '13 champion Marquez.

Asked by Spanish radio station Cadena SER if he would veto Lorenzo's arrival at Honda, Marquez replied: "No, not at all.

"From any team-mate I will try to learn as much as possible. That's all."

Yamaha has been Lorenzo's sole employer through his MotoGP career so far, having signed him from the 250cc series for the 2008 season. He went on to win the 2010 and '12 titles.

Earlier this week Yamaha team boss Lin Jarvis underlined that he was keen for Lorenzo to re-sign again. 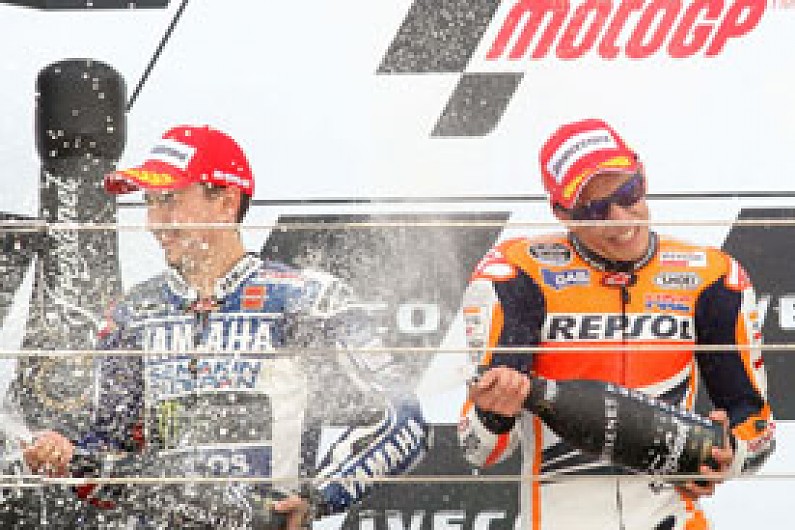 Pedrosa had been expected to lead Honda's title challenge in 2013 following Stoner's exit and a very strong end to '12, but instead he was overshadowed by record-breaking rookie Marquez.

Asked if he thought Pedrosa had been annoyed by this, Marquez replied: "It's hard to say, but if I put myself in his place...

"I've never experienced this myself, but it has to disturb you a bit.

"If I put myself in his place, I wouldn't like it, another rider coming in and winning."