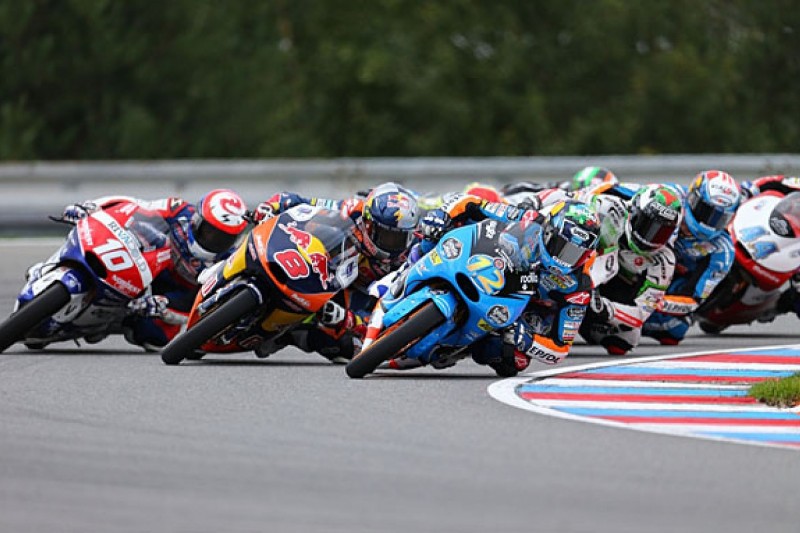 The Monlau team that runs Marquez - younger brother of MotoGP world champion Marc - protested Miller and his Ajo squad in Malaysia, claiming both that Miller had tried to take Marquez off the track, and that his team-mate Danny Kent had deliberately impeded the Spaniard. Race direction rejected the protests.

Marquez said he had put that row behind him and now wanted to just win from the front.

"In the end I'm only focused on me and trying to have good pace," said the 18-year-old, who leads Miller by 11 points and can be champion with a podium finish even if his rival wins the race.

"I want to try to win this title with fair play. My mentality is to only go for the gas."

Miller remains adamant that he did nothing wrong in Malaysia and expects the title decider to be as hard fought as always.

"It's going to be a normal old Moto3 race - rough and tough, dirty and grimy, like they've all been," he said.

"The races have just been spectacular so I take my hat off to everyone who's been out there rubbing it up, it's created such a great season.

"I believe all the races have been more or less fair."

The Australian shrugged off Monlau's allegations about Kent's riding at Sepang, pointing out that a tough battle with his team-mate at Motegi had cost him a lot of points.

"As you saw in Japan, Danny's working for himself and there's no real way you can help somebody else out there," he said.

"You can't create a strategy so just take it as it comes. It's going to be a free-for-all."

Asked if he thought his Monlau team-mate Alex Rins might assist him on Sunday, Marquez replied: "The team thing is down to the team and Honda. I just want to win with fair play."

Both riders will leave Moto3 after the decider, with Miller leaping straight to MotoGP on an LCR-run Open class Honda and Marquez joining dominant Moto2 team Marc VDS.