British riders dominated 500cc racing for the first three decades of the world championship into the late 1970s, other than Italian Giacomo Agostini's string of titles.

However after Barry Sheene's last grand prix win in 1981, there was a run of 35 years without a British winner in the premier class, eventually broken by Cal Crutchlow at Brno last August.

In 2015, Danny Kent won the Moto3 title, but Dorna is keen to firm up a pathway for British riders into and through grand prix racing.

That includes the scope for a domestic championship akin to the Asia Talent Cup, complementing the Red Bull Rookies Cup run on the MotoGP bill and Spanish-based CEV Moto3 Junior World Championship.

"There's an idea to start to investigate and research the possibilities of expanding racing in the UK," Alberto Puig, who runs the Asia Talent Cup, said in a MotoGP.com interview.

"We will probably try and make some sort of selection programme this year, and the target will be to try and create some sort of British Talent Cup in the next year.

"If we want to expand motorcycle racing in England, we have to create a cup where kids can come and race, like we did in Asia and Spain." 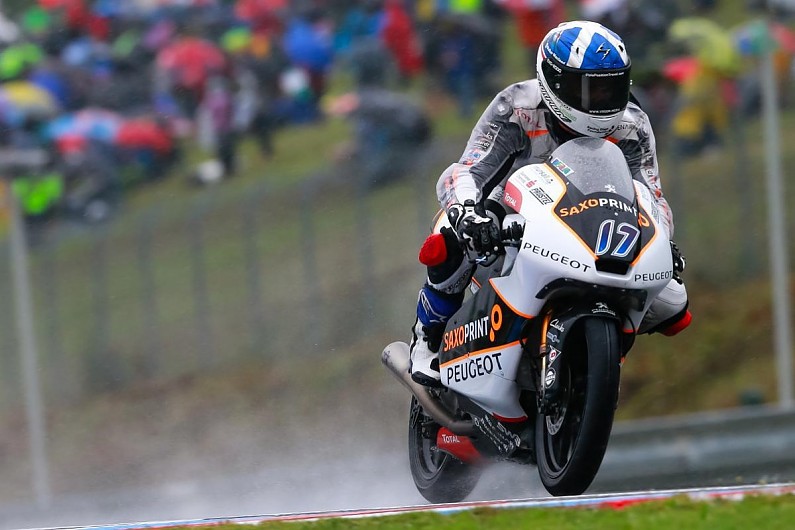 Scottish rider John McPhee, who claimed his maiden Moto3 victory at Brno last year, will ride a factory-specification Honda in that series this year under the British Talent Team banner.

Dorna and Puig, a former rider subsequently heavily-involved in Dani Pedrosa and Casey Stoner's junior careers, are organising that project.

"[Young riders] must have some sort of target; a team where they can go and race," Puig added.

"So a team will start this year, to be a reference for these kids, with John McPhee.

Former MotoGP racers such as Jeremy McWilliams will also be targeted for an involvement in the British initiative.

"Our idea is to have someone who represents or takes care of the riders - and we were thinking about Jeremy McWilliams," Puig said.

"He can help us a lot to develop not just this team, but the future racing, and scouting of kids in England.

"The racing tradition is there, you just have to go and find it.

"If a country has been strong at something before, it's hard to believe it's over for them."