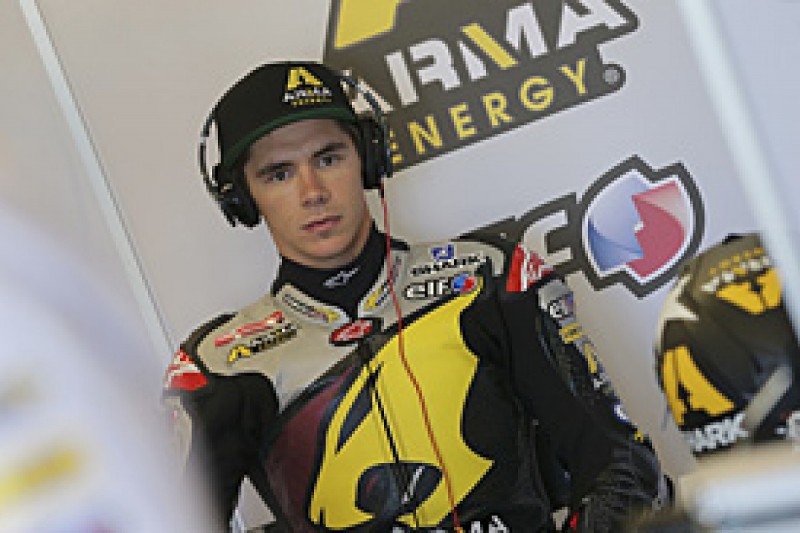 Redding's championship hopes appeared to be over in the wake of the Phillip Island practice crash.

His title rival Pol Espargaro won the race and took a 16-point lead, while Redding did not expect to be fit before the Valencia season finale.

But the Briton has now been cleared to ride in Friday practice at Motegi, after which he will be assessed again in the hope of being passed fit to race.

"There was no way I was going home after Australia, not when there was even an outside chance I could ride in Japan," said Redding.

"Even after the surgery on Sunday morning I knew I was going to Japan to try and ride. The surgery was a success, Dr Andrew Oppy and his staff did a great job, and the recovery has been exactly as expected.

"From Sunday morning onwards I've been working to restore the movement and strength in my left hand and, as the medical staff here at Motegi have now confirmed, I'm fit to ride."

Redding, who moves up to MotoGP with Gresini Honda in 2014, played down his hopes for the Motegi race, saying he just wanted to keep himself in the hunt for now.

"If I'm fit to race then the goal has to be to ensure the championship battle goes down to the final round in Valencia, for which I'll have had more recovery time," said the Marc VDS rider.