Reigning MotoAmerica Superbike champion Cameron Beaubier will return to the grand prix paddock in 2021 after signing a deal to join the American Racing Team in Moto2.

The American Racing team confirmed last week its current Joe Roberts will be leaving the outfit, with the US rider to take Avintia MotoGP-bound Enea Bastianini's place at Italtrans next year.

Rumours of Beaubier joining American Racing were only further fuelled when team owner Eitan Butbul stated in the team's press release confirming Roberts' exit: "A great opportunity to bring over a very strong American talent for the 2021 season has recently come into play."

Beaubier will now step up to Moto2 in 2021, with an official statement from American Racing set to arrive in the next few days. 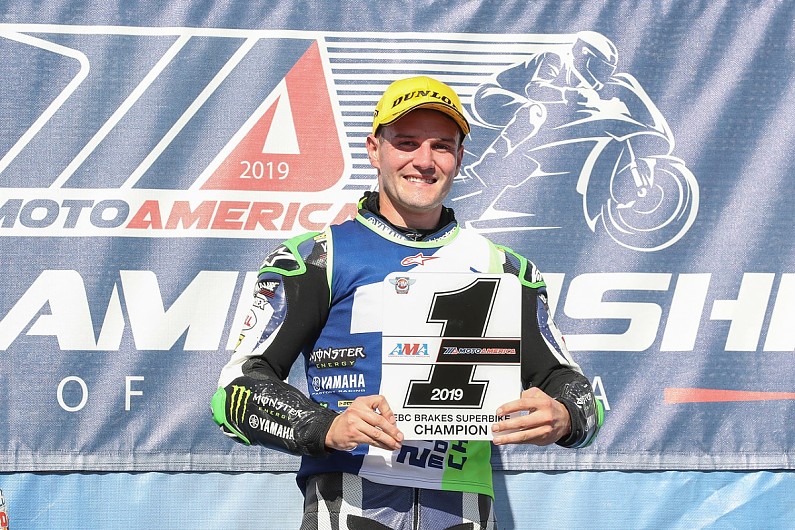 Despite leaving the American Racing Team, Roberts will remain closely linked to Butbul and the team's rider coach - and Roberts' manager - John Hopkins next year.

Roberts scored a debut Moto2 podium earlier this year at the Czech Grand Prix with a third-place finish, and currently sits seventh in the intermediate class standings.

The 27-year-old has been American motorcycle racing's leading talent for a number of years now, but - despite links to World Superbike moves in the past - hasn't been given a top shot on the world stage.

America hasn't had a MotoGP world champion since the late Nicky Hayden's 2006 triumph, while Ben Spies' Assen win in 2011 remains the country's last grand prix win in any category.

The last full-time rider from America in the premier class was Hayden in his final season with Aspar in 2015, after which he moved to WSBK with Ten Kate Honda.