MotoGP's technical director has found that there were no mechanical issues on the Moto2 bike of Luis Salom that were a "concern" in relation to his fatal accident.

In the week after the accident, Salom's SAG team released its findings from analysing the data, coming to the conclusion that he lost the front end of his Kalex braking over a bump at Turn 12.

Damage to the throttle handlebar, rear wheel and bodywork were all deemed to be consistent with, or likely a result of, the high-speed crash.

The tyres were described as being "in good condition with the front tyre still inflated", while data confirmed that the rear was at the recommended 1.4bar pressure.

"There were no other mechanical issues found on the motorcycle that were of any concern," the report reads in part.

"The condition of the machine and initial conclusions were confirmed during the second inspection."

The Turn 12 data from the lap of Salom's accident was examined against that from his fastest lap in the session.

"He confirmed that on the piece of straight between the two curves, there was a partial cut in the throttle.

"Mr. Gomez speculated that the rider may have looked back and when returning to look forward misread his position, or was a little off line.

"This could have resulted in higher than usual brake pressure being applied, which was indicated on the telemetry.

"As a result of being off line and the braking with the machine being banked the front wheel lost traction resulting in the crash.

"Mr Gomez confirmed that he could not see anything unusual that he felt was of any concern.

"He also confirmed that there was no evidence in the data that raised issue with the track surface including possible bumps."

The bike was returned to SAG Team on June 29. 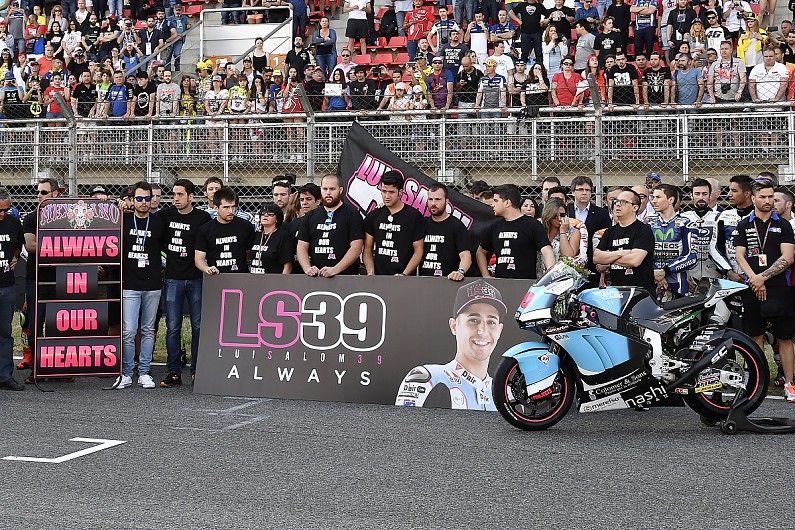