WRT has announced that it will enter a third LMP2 car in the Le Mans 24 Hours this year for Mirko Bortolotti, Dries Vanthoor and Rolf Ineichen.

This will be in addition to WRT’s two full-season Oreca 07 entries in the FIA World Endurance Championship, the #31 car driven by DTM star Rene Rast, Robin Frijns and Sean Gelael, and the #41 machine piloted by Norman Nato, Ferdinand Habsburg and Rui Andrade.

WRT can field up to four cars in the French endurance classic following a stellar maiden season in prototypes in 2021, which included the Le Mans/WEC championship double as well as title success in the European Le Mans Series, but it is unclear if the Belgian will take up all the automatic invites.

“We are delighted to have the opportunity to field a third car with such a strong line-up at Le Mans, alongside the two granted entries because of our successes of last year," said WRT boss Vincent Vosse.

"In 2021, we were able to take the challenge of debuting at Le Mans in the best possible way, this year we will have to face the challenge of running a three-car entry. To that end we will foresee a third dedicated full crew and I am sure the entire team will be reinforced by this addition.

"I am also very happy to have Rolf and Mirko back with us and to see Dries racing for us for the first time at Le Mans. They all are part of the WRT family and can contribute greatly to the team’s efforts to retain our crowns. We thank both Lamborghini Squadra Corse and Audi Sport for allowing the participation of Mirko and Dries, respectively.”

Out of the trio, Lamborghini driver Bortolotti is the only rookie at the Circuit de la Sarthe, but clinched back-to-back GTD wins at the Rolex 24 Hours from 2018-19 as part of a GRT crew that also included Ineichen. 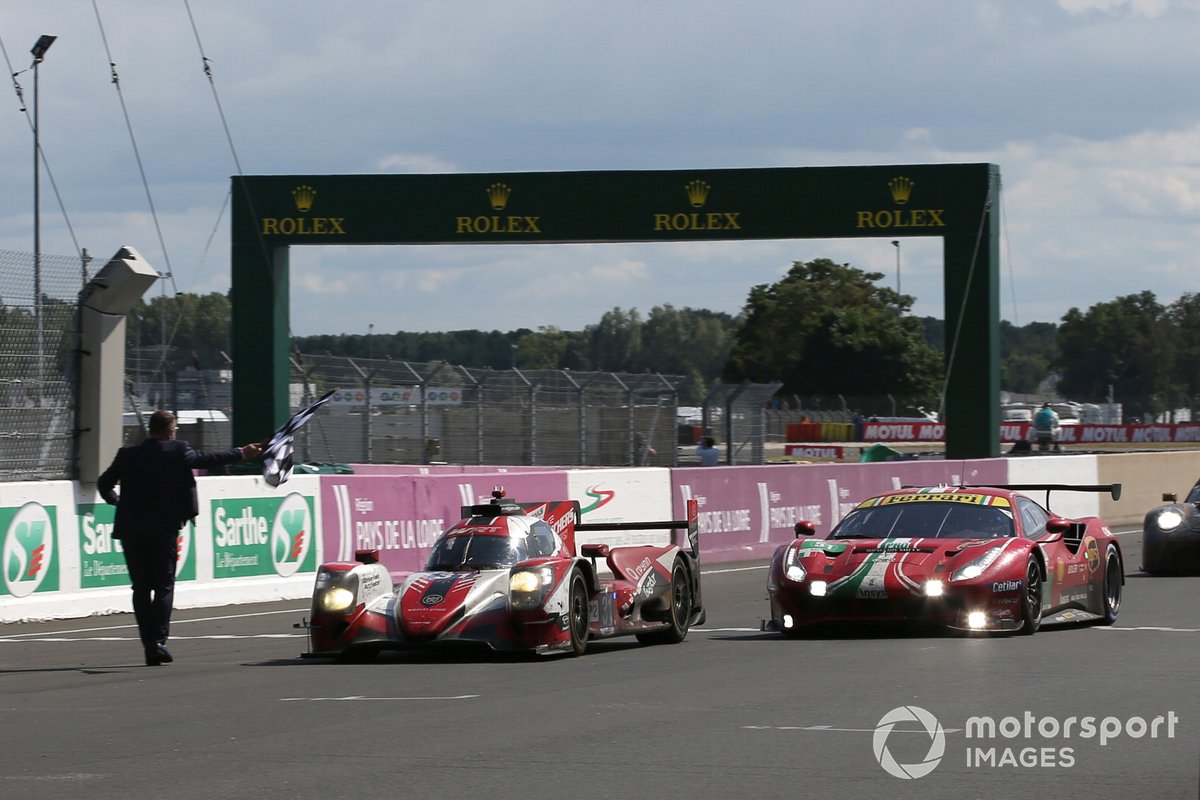 Ineichen went on to make his Le Mans debut last year in the GTE Am class with Herberth Motorsport, but 2022 would mark his first appearance in the prototype ranks.

“I am very happy to join Team WRT for this year’s 24 Hours of Le Mans!,” said Bortolotti. “To be debuting at this legendary race in LMP2 is surely an amazing feeling and I can’t wait to get starting.

“A special thanks to Lamborghini Squadra Corse for granting me permission to do so and to Team WRT for the unique opportunity and the trust. There will be a lot to learn in a short amount of time, but having successfully worked with Team WRT in the past will certainly make the process smoother.”

Audi driver Vanthoor, the reigning GT World Challenge Europe Sprint Cup champion with WRT, meanwhile will make his third outing in Le Mans this year after winning the GTE Am division in 2017 with JMW Motorsport and a GTE Pro appearance with Hub Auto in 2021.

“It is of course very exciting to be racing again at Le Mans, and to do it with Team WRT and with Rolf and Mirko, who are not new faces, as we were teammates in GT a couple of seasons ago," said Vanthoor.

"I thank Team WRT for the opportunity and Audi Sport for allowing me to accept it. Now we will have to get used to the car, but I think this won’t be an issue. If we all deliver what we can, I am convinced we can achieve a very good result. Let’s hope for the best and go for it. ”

Roar Before The 24
Video Inside
IMSA