The Le Mans 24 Hours is one of the toughest races in motorsport, with a very unique driving style needed to win. But how many F1 drivers have won the race? Find out here.

Formula 1 and the Le Mans 24 Hours are about as different as you can get: one, an all-out sprint in cars specifically designed around a strict set of rules, driven by single drivers in events around the world, and the other, a single day where the aim is to last as long as possible and cover as much ground, in cars similar to the ones you see on the road, driven by teams.

Despite these vast differences, there are some Formula 1 drivers who’ve managed to make the switch, winning in both Formula 1 and Le Mans. Read on to find out who they are. 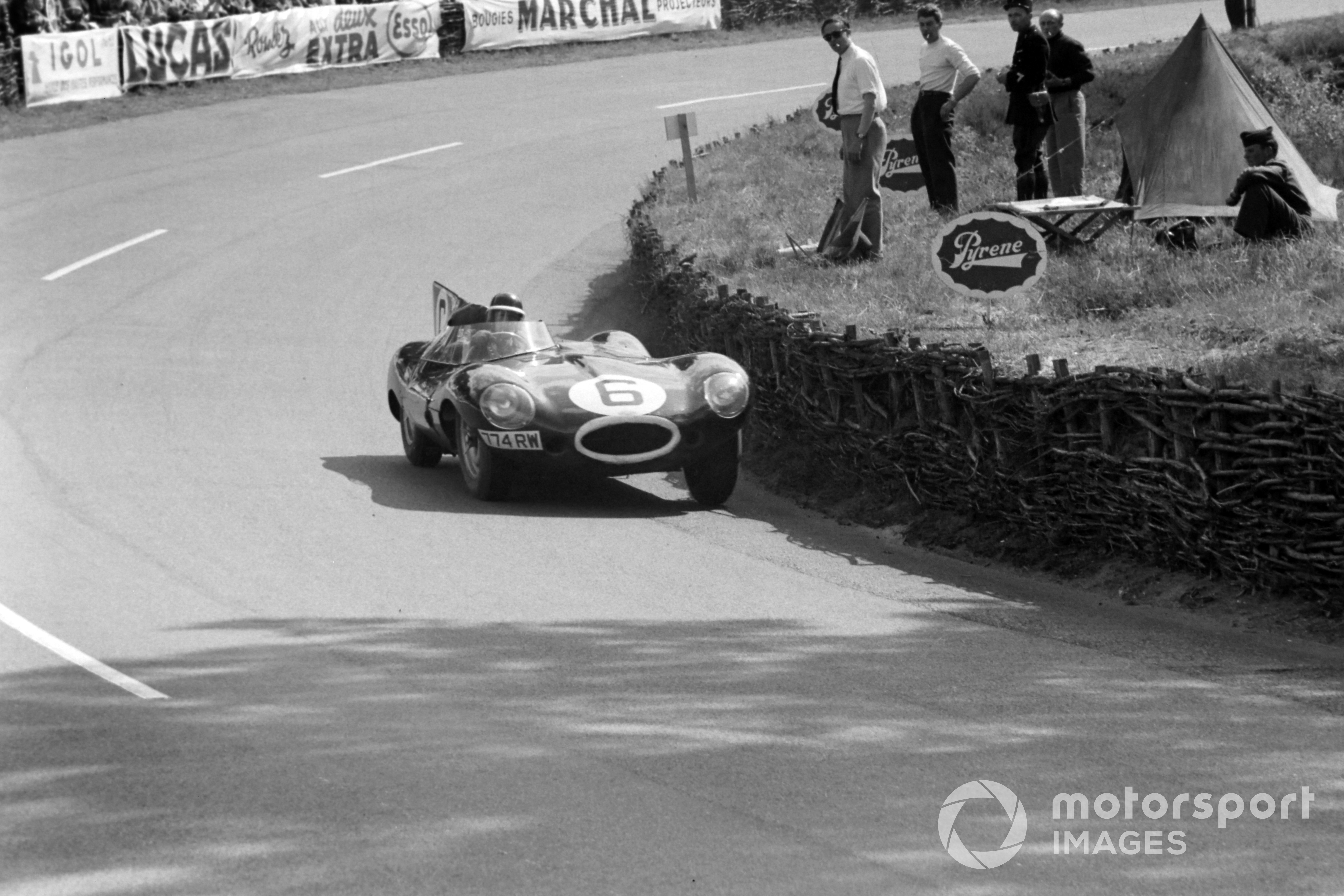 Mike Hawthorn was the first driver to win titles in both Formula 1 and Le Mans, with his Le Mans win coming first.

Having been disqualified for topping up the brake system before they were allowed to in 1953, Hawthorn came back for 1955 in a Jaguar D-type.

Hawthorn became engaged in a titanic battle with Juan Manuel Fangio’s Mercedes in the early stages, the pair breaking the lap record 10 times in the first two hours of the race.

PLUS: The greatest sportscars never to win Le Mans

While it was setting up to be a fantastic race, tragedy struck just over four hours in. Hawthorn, attempting to pit, braked in front of the Austin-Healey of Lance Macklin, who swerved and was hit by Pierre Levegh’s Mercedes-Benz 300SLR. The Mercedes was sent into the air and towards the crowd, hitting a hill and disintegrating. The car’s engine, suspension, radiator and other debris were flung into the packed crowd, while the rest of the car caught fire.

Levegh was killed, along with more than 80 spectators, while 180 more were injured. Macklin was somehow uninjured but, following another fatal incident the same year, he would never race again.

There was much debate about the role Hawthorn played in the accident, despite an official inquiry deeming that he wasn’t responsible for it and that it was a racing incident. He returned to Le Mans three more times, but was unable to finish higher than an overall sixth.

His F1 title came in 1958 – the year before he was killed in a road traffic accident. Though he only took one win to second-placed Stirling Moss’s four, he was able to finish more races than his compatriot – Hawthorn retired from two races while Moss retired from five. This gave Hawthorn, and his Ferrari 246, the crown by a single point. 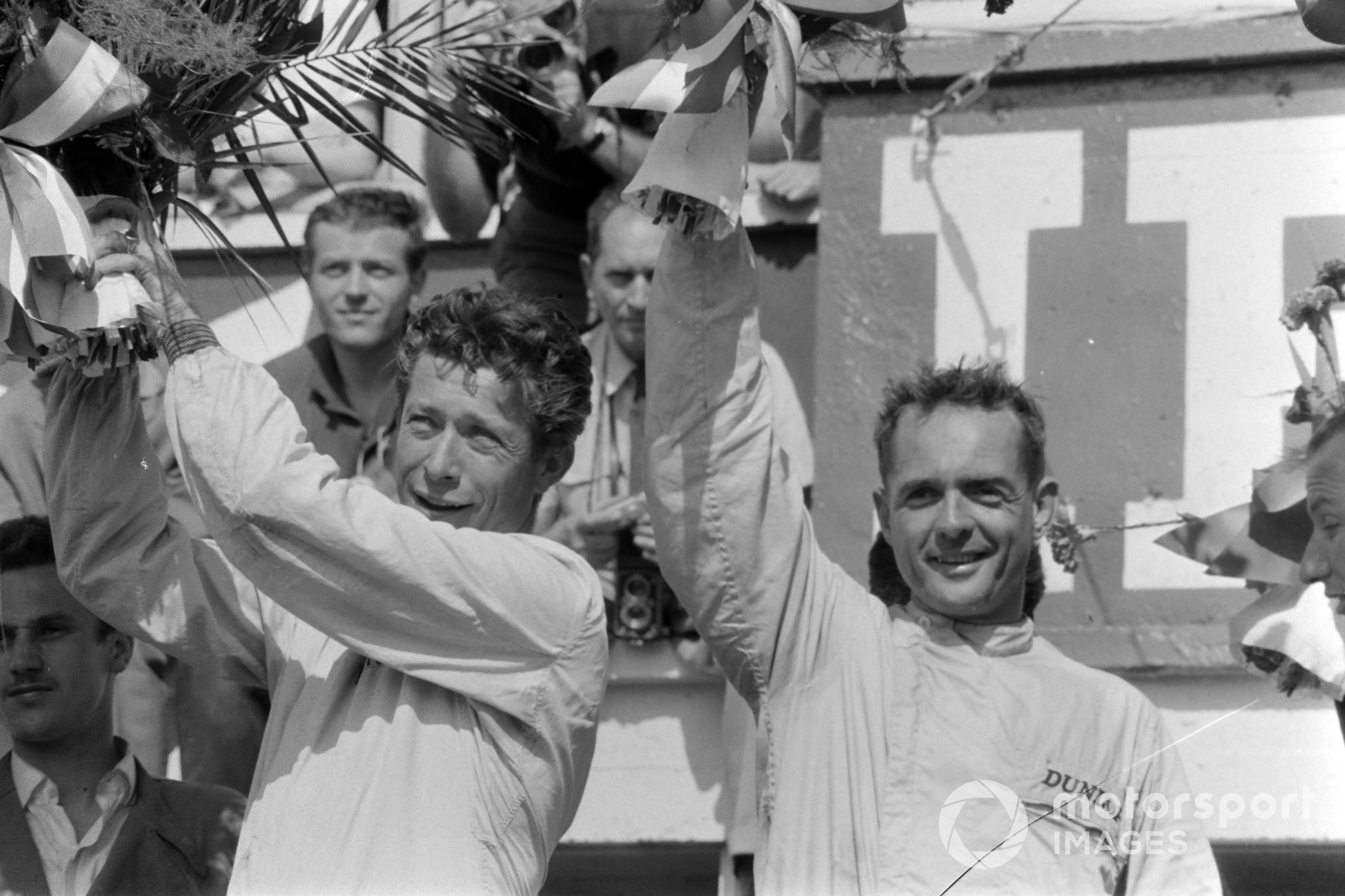 Olivier Gendebien and Phil Hill, 1st position, raise their bouquets on the podium at the 1962 Le Mans 24 Hours

Phil Hill either won the Le Mans 24 Hours or failed to finish – of his 14 starts, he was first in three races and DNF in 11.

His first attempt was for the American Rees T. Makins team, driving the OSCA MT-4, which lasted for 80 laps before a transmission issue. Then came eight attempts for Ferrari, the team with which his Le Mans career is most associated. These eight races yielded mixed results – while he did take the overall win three times, his car also completed just two laps in the 1957 race and 22 laps in 1960.

Hill’s Formula 1 career also brought three wins and one title. This came in 1961 – the same year as one of his Le Mans wins – and was also in a Ferrari, the famous sharknose Ferrari 156. 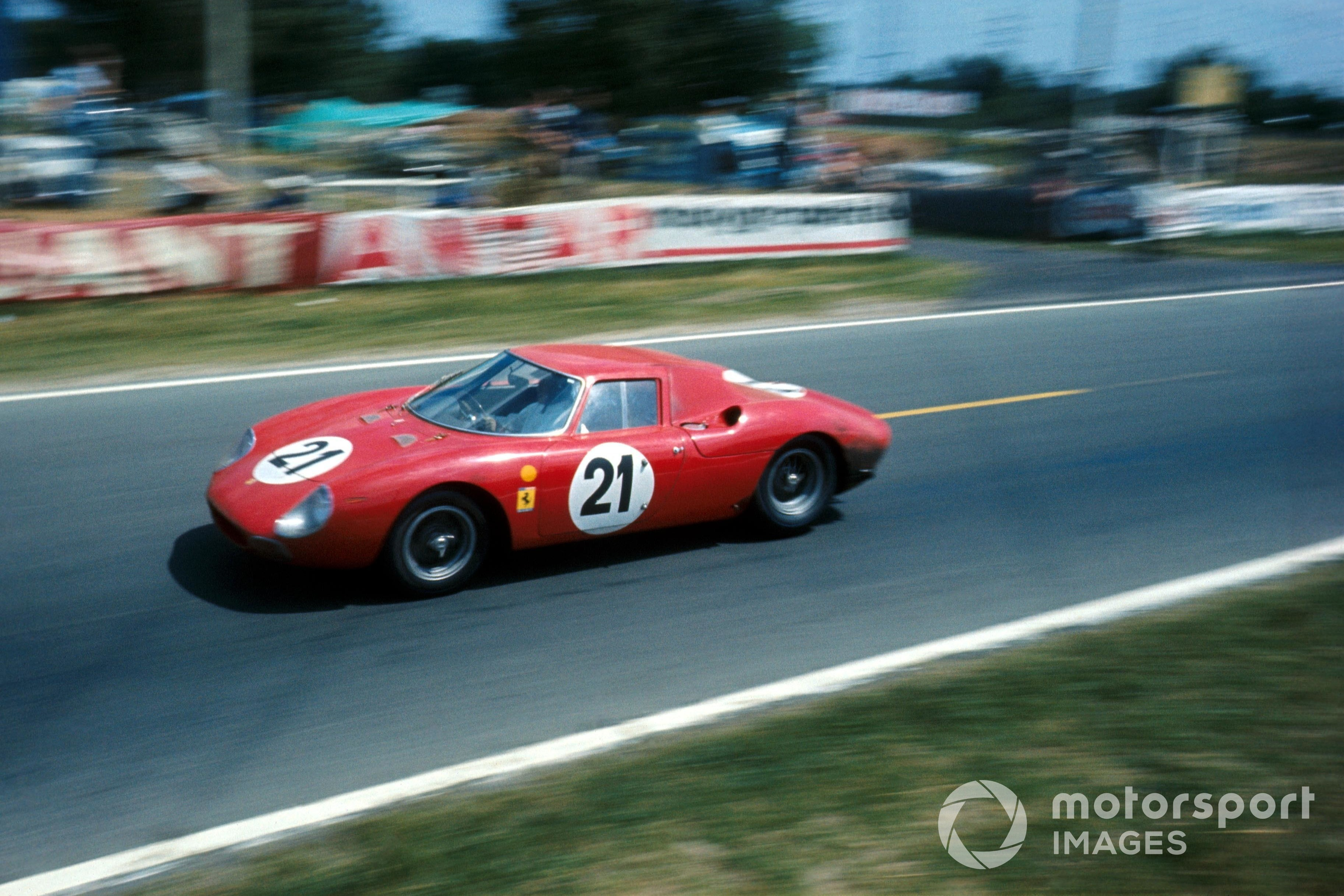 Jochen Rindt entered Le Mans four times, taking part in the endurance race between 1964 and 1967. Like Hill, these were also wins or retirements for the Austrian – the first of which he retired from on zero laps.

His second entry brought his first, and only, win at Le Mans, behind the wheel of a Ferrari 250 LM alongside co-driver Masten Gregory. They crossed the line five laps ahead of second place, and eight ahead of third.

His subsequent two entries also ended in retirement – the first after eight laps following engine issues in his Ford GT40, and the fourth after 103 laps.

Rindt was also the ‘King of F2’ and proved he could take on and beat the best drivers in the world even though his F1 breakthrough win did not come until 1969.

Rindt has the unfortunate title of the first and, hopefully, only posthumous Formula 1 world champion.

Racing for Team Lotus, Rindt took the win in five of the nine races he started in 1970, before being killed during a practice session for the Italian Grand Prix.

Despite there being four races to go (including the Italian GP), Rindt had done enough to secure the title, eventually beating second-placed Jacky Ickx by five points. 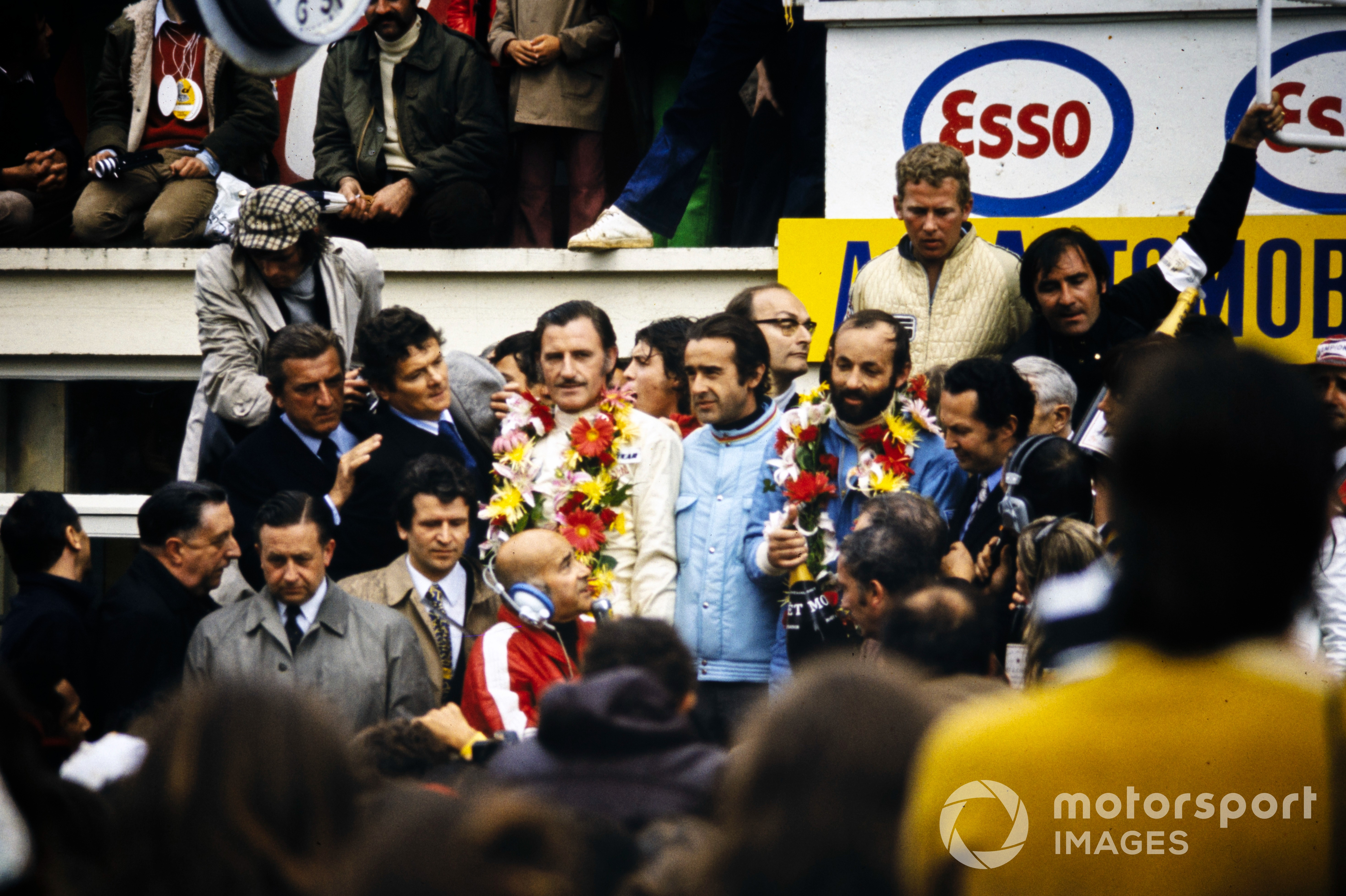 Graham Hill is the only man to hold motorsport’s illustrious triple crown – wins at the Indianapolis 500, Le Mans 24 Hours and at Formula 1’s Monaco GP.

He secured the first of the three wins required for the crown in 1963 in Monaco, a year after becoming F1 world champion with BRM. ‘Mr Monaco’, as he became known, would take a total of five wins in the principality.

The Indy 500 win came three years later, in 1966. Hill was a rookie, avoided early chaos in his Mecom Lola and won despite controversy when Jim Clark’s Lotus team reckoned its man had actually won.

The final jewel in the crown came much later, in 1972. Having entered the Le Mans 24 Hours nine times previously, Hill’s best result had been a second place in 1964 (some five laps adrift of the winner). His 10th, and final, entry was alongside Frenchman Henri Pescarolo, and was behind the wheel of a Matra-Simca MS670.

The pair fought through tough conditions to take the win 11 laps ahead of second place, securing the final win needed and giving Hill the triple crown. 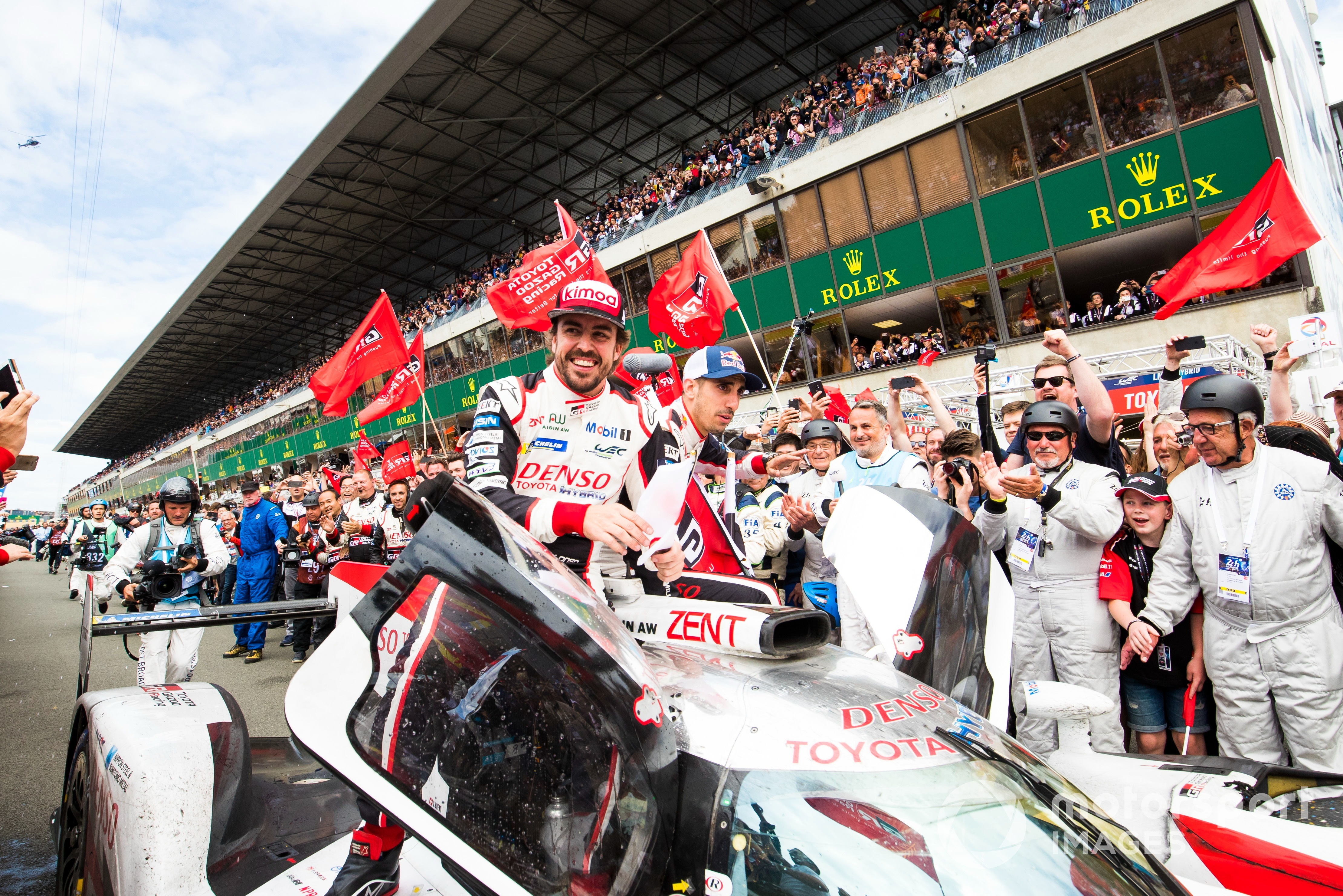 While Fernando Alonso might ‘only’ have two world titles to his name, he could undoubtedly have taken more were it not for some poor car choices and bad luck.

His first two world championships came four and five years into his F1 career, winning back-to-back titles with Renault in 2005 and 2006. This gave way to a season at McLaren, who he moved away from after one season (a year later, Lewis Hamilton won the title with them). He finished second in the championship three times after that, all with Ferrari, and was just four points shy in 2012.

He returned to McLaren in 2015, just in time for their shocking fall from grace. Reliability and power issues dogged his time at McLaren, and that partly led to him doing some extra-curricular activities in 2017, 2018 and 2019.

The first of these events was in 2017 when he took on the Indy 500 with McLaren’s IndyCar team (with an eye on becoming the second driver to score a triple crown). While his Indy 500 dream never became a reality, his Le Mans one did.

Alonso partnered F1 alumni Sebastian Buemi and Kazuki Nakajima in 2018 and 2019, the trio driving the Toyota TS050 HYBRID. They took the victory both years, by two and three laps respectively, leaving just the Indy 500 missing from Alonso’s triple crown. 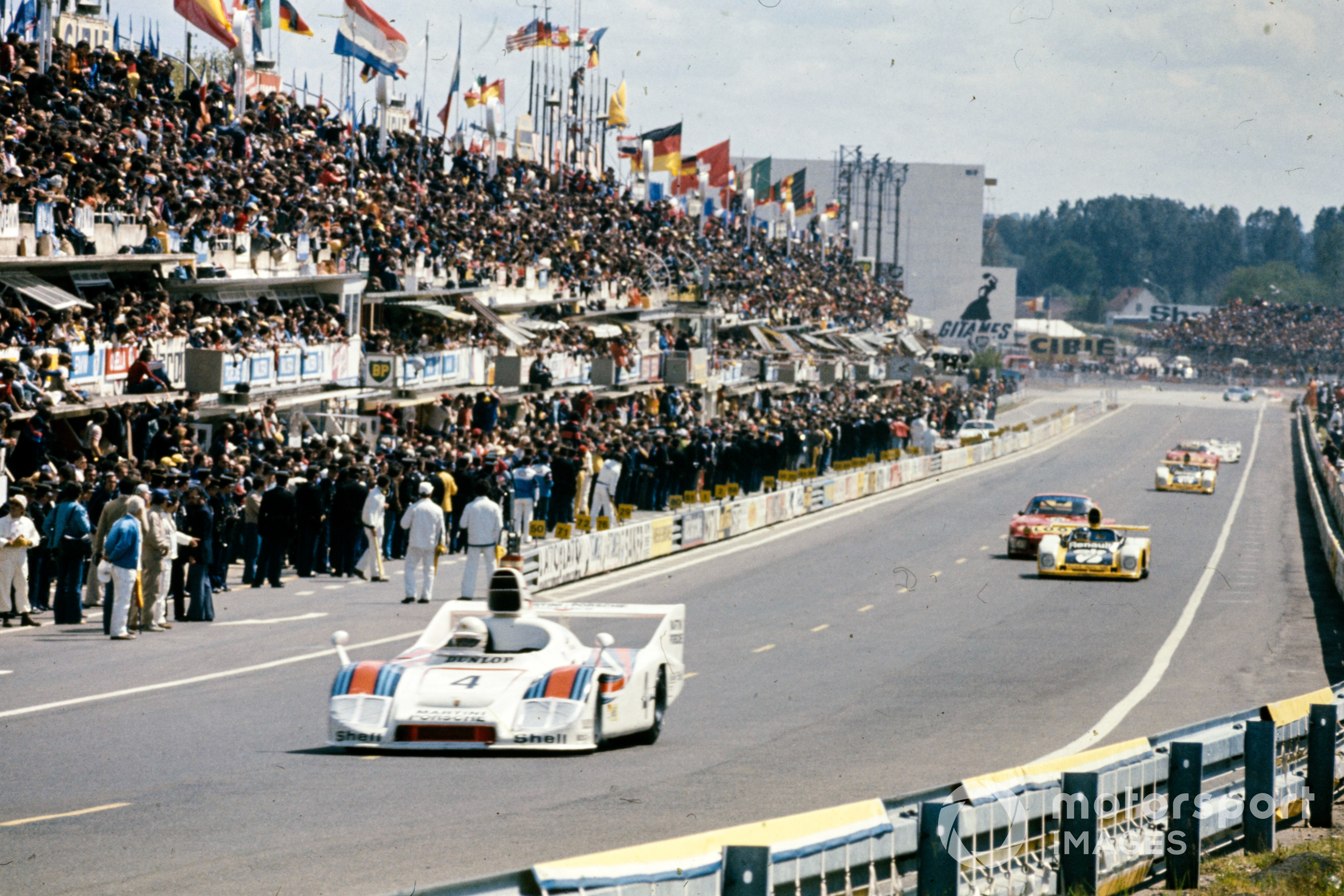 The most successful driver across both disciplines is Jacky Ickx, who won eight F1 races and six times at Le Mans. While he never became an F1 world champ, he more than proved his skills in any discipline he turned his hand to – taking wins in the Bathurst 1000 and Dakar Rally as well as Le Mans. 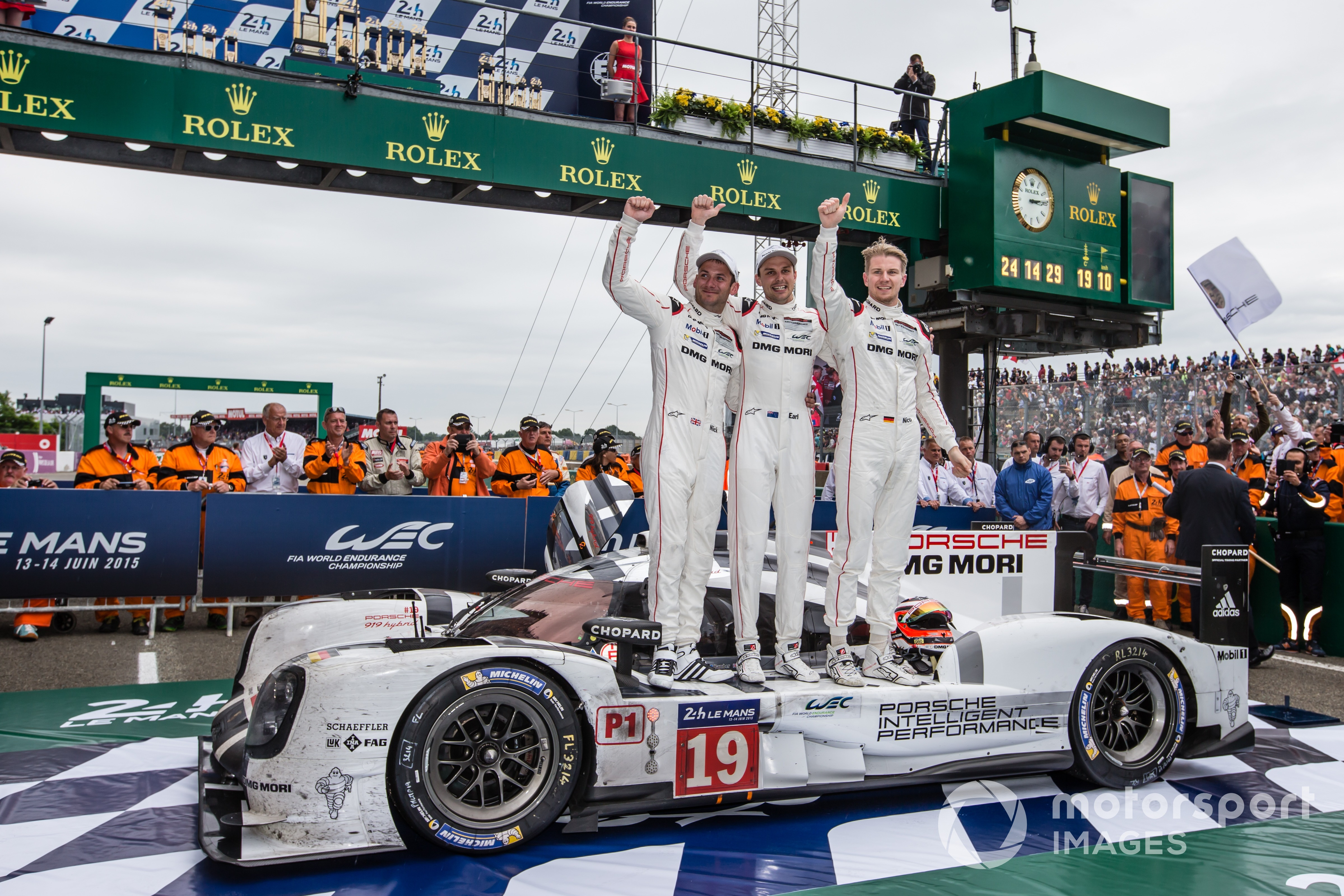 Of course, winning in Formula 1 is no easy feat, and can depend not only on the car you drive but your team, the location, and many other factors. Some drivers never get to stand atop the podium in F1, but do so at Le Mans.

Perhaps one of the most notable is Nico Hulkenberg. The German holds the record for most entries in Formula 1 without a podium, however in 2015 he piloted a Porsche 919 Hybrid to victory at the French circuit, beating F1 driver Mark Webber in the process.