Alpine WEC principal Philippe Sinault said his Hypercar team has "no reason to be disappointed" after finishing last weekend's Le Mans 24 Hours in third behind both Toyotas.

Alpine, which entered a Signatech-run grandfathered LMP1 car against Toyota's all-new Hypercars, was quick in spells but proved no match against the might of Toyota, which took a fourth consecutive win on Sunday.

However, Nicolas Lapierre, Matthieu Vaxiviere and Andre Negrao comfortably defeated the remaining Hypercar opposition from Glickenhaus to take a first French overall podium since Peugeot in 2011.

At a wet start Lapierre spun out at Indianapolis, which dropped the Frenchman down to 17th. But soon enough he and teammates recovered to third as the track dried up, a position they held into the evening.

Before midnight, Vaxiviere then lost four minutes by going off the track at the first Mulsanne chicane, which dropped it behind the #708 Glickenhaus, but on Sunday morning the trio sealed a podium finish four laps behind the winning #7 Toyota of Mike Conway, Kamui Kobayashi and Jose Maria Lopez. 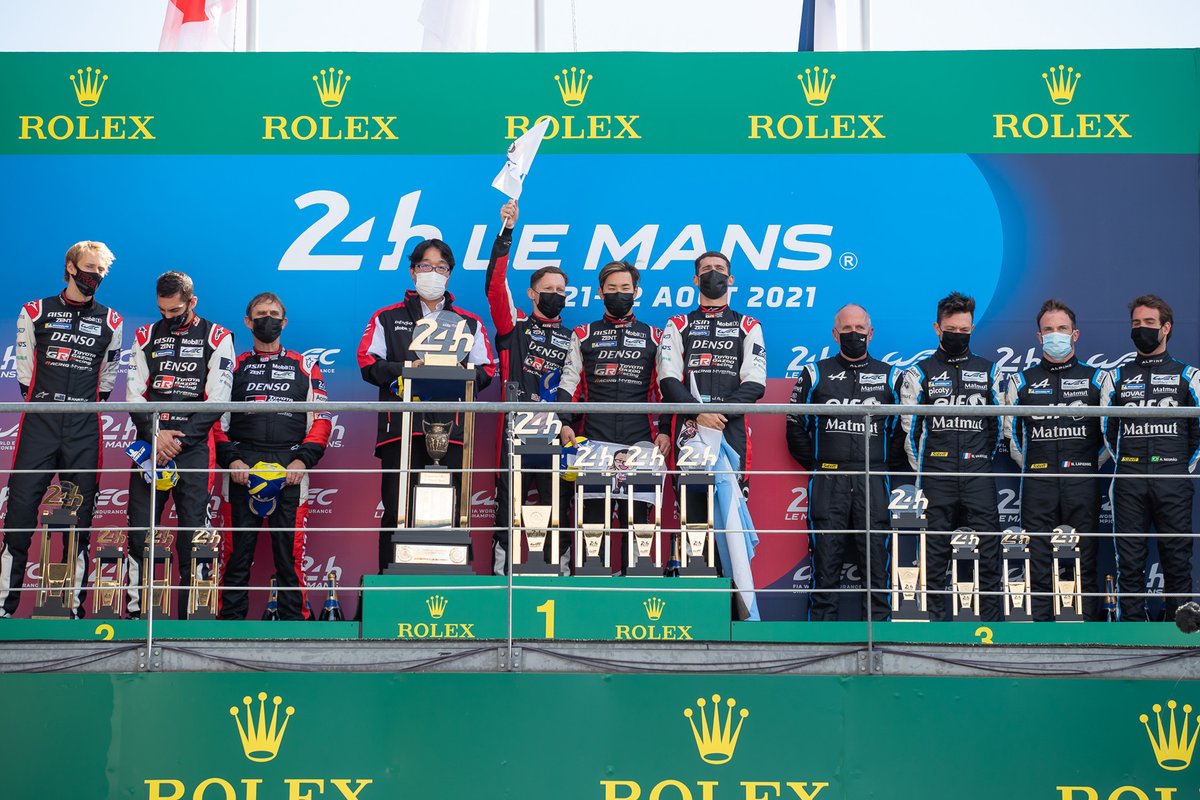 Realising in advance the team would "need a perfect race" to have a chance of beating Toyota, Alpine and Signatech team boss Sinault admitted his outfit had "no reason to be disappointed" with the result.

"As I stood in blue on the podium, I realised that this is such a great story," he said.

"While victory would have been fantastic to reinforce the legend of Alpine and Le Mans, we have no reason to be disappointed.

"It is an excellent result, achieved after an extremely difficult and tricky race.

"We are a small team with only one car. We can't afford to make any mistakes and we came very close to throwing it all away during the night.

"We quickly realised that we could not match the level of performance of the winners and we focused all of our attention on this important podium for all the people who support us."

Alpine's 37-year-old ace Lapierre, who previously finished third overall in 2014 with Toyota and has four wins in LMP2 to his name - three with Signatech Alpine - conceded there was not much more his team could have done.

"Obviously, we expected [to finish] a bit higher but to be honest there's not much more we could have done.

"Toyota was just stronger than us. We have to accept it, we will work harder to come back stronger.

"But for sure third position, for the first time we are entering in the hypercar category, it's pretty amazing.

"It was a faultless race from the whole team, so we can be proud of it."