Live updates from the 90th running of the Le Mans 24 Hours.

The 90th edition of the Le Mans 24 Hours and the third round of the World Endurance Championship's 10th anniversary season.

First held in 1923, the Le Mans 24 Hours is regarded as the world's most famous endurance race, and forms part of motorsport's triple crown alongside the Monaco Grand Prix and the Indianapolis 500.

The blue riband event of the WEC, Le Mans this year returns to its traditional June date slot after the previous two editions were postponed to September and August amid the coronavirus pandemic and will be staged in front of the usual packed grandstands at the Circuit de la Sarthe after attendances were capped in 2021.

Thanks to everybody who stuck with us for any part of the 2022 Le Mans 24 Hours. For those who managed the whole thing without a break, wherever you are in the world, you are epic heroes!

I'm sure you will join us in congratulating all the crews and drivers for their superhuman work over the most demanding week in motorsport.

Thanks also to James Newbold, Gary Watkins, Haydn Cobb and Tom Howard for bringing the grand-daddy of all sporting live streams together. This is Richard Asher signing off with that familiar mix of satisfaction and exhaustion all those of us who have 'done' Le Mans know so well.

Au revoir and remember that if you can't be there for next year's centenary extravaganza, this is the next-best place!

After last year's close call when the LMP2 drivers were weaving through slow-moving traffic, the flag man was safely (and wisely!) out of the way this time around as the curtain comes down on another Le Mans:

18:31 It hasn't been the most dramatic of Le Mans 24 Hours we've ever seen, though the LMP2 category and GTE categories provided some good entertainment at times. The crowd is enjoying itself anyway - and yes, they're now beginning to gather on the track beneath the famous podium. They won't need much convincing to return for the centenary edition next June, will they?
18:26 "I'm jealous of Brendon," says a very honest Ryo Hirakawa as he reflects on his Toyota team-mate bringing the car home today. "Next time, I want to do it!" Still, a Le Mans win at his first attempt in the race with the Japanese marque is a pretty decent return. Just ask Anthony Davidson...
18:24 "I'm gonna keep this one!" say Ben Keating, referencing his disqualification in 2019. We sincerely hope the scrutineers don't find anything they shouldn't on the class-winning Aston Martin he shared with Marco Sorensen and Henrique Chaves. And that goes for all cars that crossed the line.
17:23
17:23
18:19 Here's the full race report from the 2022 Le Mans 24 Hours, as Toyota secured win number five with its #8 car of Buemi, Hartley and Hirakawa: https://www.autosport.com/le-mans/news/le-mans-24-hours-8-toyota-secures-victory-as-porsche-wins-gte-pro/10321187/?nrt=102
18:17 Things look quite orderly at Le Mans for the moment. Will the crowd find its way onto the track like in the good old days?
18:15 This fifth consecutive win for Toyota puts them in excellent company, as it matches Audi's best efforts earlier this century. Porsche's seven straight wins in the 1980s remain the gold standard, of course.
18:08 Porsche are confirmed winners of the GTE Pro category, with Fred Makowiecki bringing the #91 car home. He shared with Richard Lietz and Gianmaria Bruni, who has put the seal on his reinvention as a Porsche driver with a first Le Mans class win since his Ferrari days in 2014 - and his fourth in total after wins in 2008 and 2012.
18:06 Ben Keating embraces all around him after finally achieving the Le Mans victory he craves. He's just watched his team-mate Marco Sorensen bring the TF Sport Aston Martin Vantage AMR over the finish line to seal the GTE Am win with Henrique Chaves, with the WeatherTech Porsche unable to catch up and finishing 44s in arrears.
18:04 Chequered flag! Toyota has won a fifth straight Le Mans 24 Hours with its #8 crew of Hartley, Buemi and Hirakawa leading home the sister #7 car. And Jota has taken victory in LMP2 for the first time since 2017 with its #38 ORECA-Gibson 07 crewed by the excellent Da Costa, Stevens and Gonzalez, the #9 Prema machine finishing second with Kubica, Deletraz and Colombo.
18:01 The clock at the start-line has hit zero. Roughly half a lap remains for the leading Toyota, piloted by one surely nervy New Zealander.
17:59 The last lap begins!
17:58 "Two laps to go," comes the radio message to Brendon Hartley. It's early in the lap and there are only just over four minutes to go. It must be tempting to take it slow and make sure this is the last lap, but he's pushing and the team, which knows very well not to count its chickens, is lined up in the garage, wordless.
17:52 With ten minutes to go, it's all about listening for noises and hoping the ones you hear are imagined!
17:50 As we expected, the leading LMP2 car, the #38 Jota ORECA, has just been in the pits for a final splash in the tank for Will Stevens.
17:44

And the #10 car does indeed take that penalty in the pits, along with a splash of fuel. Oh...and then it's pulled into the garage. It's not entirely clear why.

Speaking of splashes, Robert Kubica seems to also want a little more juice - and he's not the only P2 car to pay a late visit to the fuel pump. 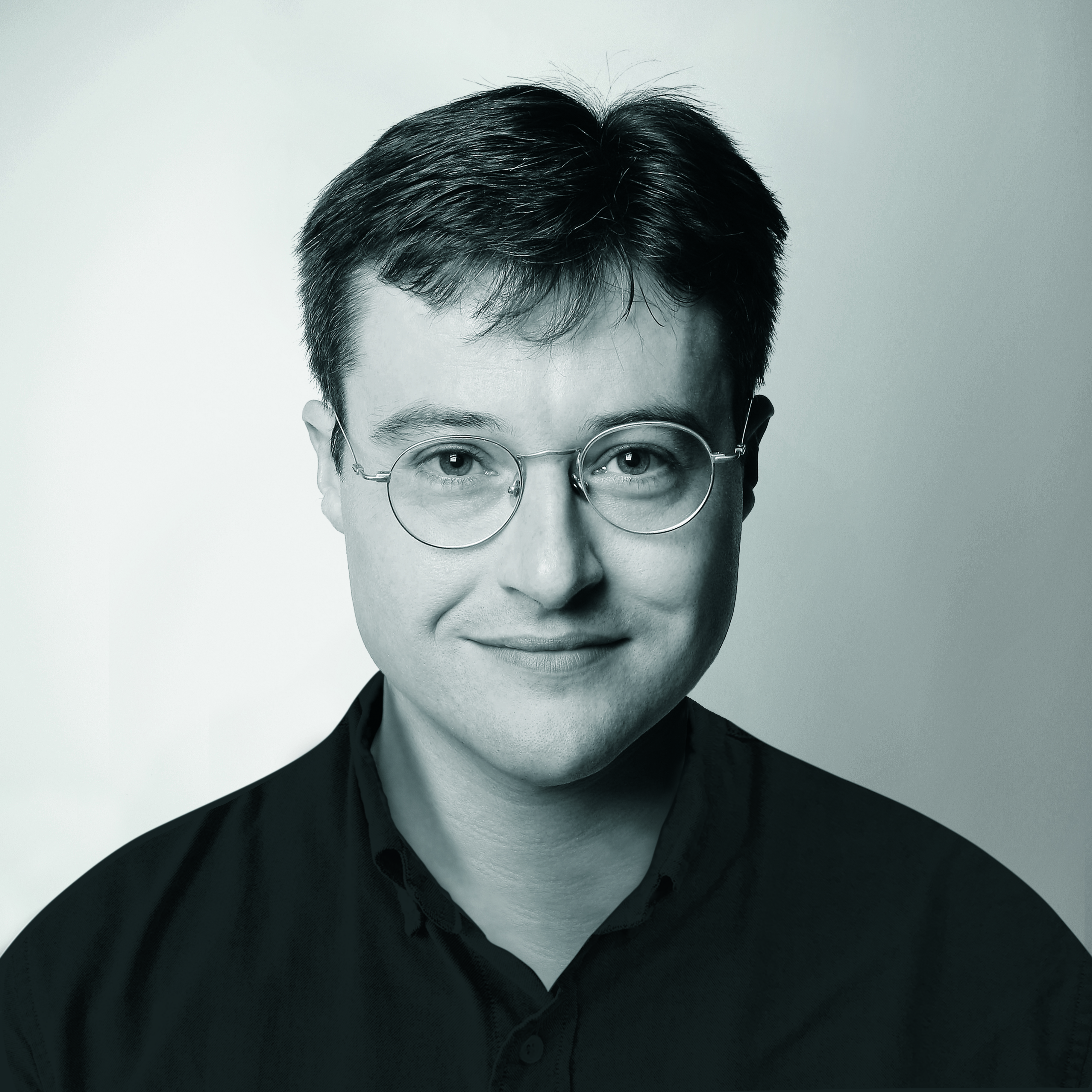 16:39 Lopez has set a new fastest lap of the race, even if the chase of the sister Toyota looks forlorn. He's posted a 3m27.749s, which compares with last year's best of 3m27.607s from Hartley.
Gary Watkins
17:38 The #10 LM P2 Vector Sport will incur a five-second penalty at its next stop, assuming it has one left! This is for causing a collision.
17:35 The Hypercar Toyotas and Glickenhaus cars are now paying their final visits to the pit lane. All looks to be going to plan. As things currently stand, it's not going to be a nail-biting finish in any of the categories. Still, Le Mans teaches us to know better....
17:33 The grandstands are full and ready to welcome the finishers in half an hour! It's a wonderful sight after the two odd Covid editions of Le Mans.
17:27

The GTE Pro crews are working through their last round of stops. No dramatic changes of driver for the last stint to report.

The third-placed Jota car is into the pits. Rasmussen and any other P2 cars coming in now should be able to make it to the end.

17:22 The LM P2 leader has just been into the pits with 45 minutes remaining. Will it need another splash before the end? The evidence so far would suggest so. But there should be time, either way.
17:18 Vincent Abril has just overtaken Simon Mann for eighth place in the GTE Am category.
17:09

So, here's the score with just under an hour to go:

Toyota #8 leads Toyota #7 at the head of the race and the Hypercar category. Glickenhaus will have to settle for third and fourth for their two cars barring major drama. Alpine is still running, but 19 laps off the pace.

In LMP2, the #38 Jota continues to dominate, as it has done for almost the entire race. It looks like Robert Kubica (Prema Orlen Team) has settled for second behind Will Stevens. He has a solid advantage over the second Jota entry, currently driven by Oliver Rasmussen.

The TF Sport Aston Martin leads in GTE Am, with over a minute in hand over the Weathertech Racing Porsche. Current drivers are Marco Sorensen and Julien Andlauer.

17:03 Tom Kristensen is sneaking another trip to the Le Mans podium as part of his television duties. As if he did't have enough visits in his driving days!
17:02 It's the last hour of Le Mans 2022, folks! Is it weird to say it's gone really quickly?
17:01

It's been a very adventurous Le Mans for the #22 United Autosports USA car. But the tenth spot they're in now will mean a lot to them after the start they had. Even finishing will be something to celebrate. Up and down the pit lane, everyone has their own little goals that will make or break their 24 Hours.

16:58 The Hardpoint car that caused the latest slow zone is circulating once again...however Andrew Haryanto has slipped down to seventh in class after that mistake.
16:56 The lead Jota LM P2 car has also been in, and it looks safe to say that the Pla Glickenhaus has genuinely passed it for fourth place overall. The slow zone is over, so those who haven't made their final (or penultimate) stops may as well not force the issue if they still have fuel.
16:51 Both Glickenhaus cars and the #9 Prema LM P2 car have come into the pits. Still tight for the P2 guys on one stop, but they can probably manage it if they're not pushing like crazy and there's another slow zone or two.
16:48 Now we have a properly beached car: and it's one of the GTE Am front-runners! Andrew Haryanto has spun the 911 around - was that the pressure of Heylen's personal best almost a lap behind? Or is it just a case of being knackered? A slow zone has been declared, and the #28 Jota is immediately in. He might be able to squeeze the rest of the race on one stop from here, but it's tight...
16:44 Pla has made it into fourth place overall for the time being - though that was due to the latest Jota pitstop. But it's a fast track at the moment if you're on the hunt and your car is healthy: both Glickenhaus entries have just popped in their quickest laps of the race! Jan Heylen did the same in the #88 Dempsey-Proton entry.
16:41 "We have an hour left and an 80-second lead. The Porsche is very quick, but I'm hoping they can't make up four seconds a lap on us! We've had no penalties, no mistakes, no trips to the gravel or anything...hopefully it stays that way." The 50-year-old Ben Keating is TRYING not to tempt fate as his TF Sport Aston Martin leads GTE Am. This is the man who was disqualified after the finish in 2019...
16:37 Pla's quest is going well: he has only 14 seconds to go in terms of catching Will Stevens for fourth overall. There'll be some satisfaction for him if he can make it back after giving the car quite a clout yesterday evening.
16:32 More driver updates: Olivier Pla is taking over the final push for fourth place in the #708 Glickenhaus car. And Robert Kubica, who mixed it with the Hypercars at the very beginning of the race, is entrusted with the pursuit of Will Stevens in LM P2.
16:29 Brendon Hartley is now in the driver's seat of the #8 Toyota. The Kiwi takes over from Sebastien Buemi.
16:24 Jose Maria Lopez takes over the #7 Toyota, which bolts on a new set of tyres and is on its way. All that crew can do is hope for a problem for the sister car. And never say that out loud to the bosses, of course...
Load more