Wilson, a McLaren Autosport BRDC Award winner, will make his debut in the event, running the #25 used by his brother in the race that claimed his life at Pocono last year.

"Like so many other drivers, I grew up dreaming about the Indianapolis 500 and it's all I've worked toward for the past few years," said Wilson.

"Justin raced in the 500 eight times and it was a dream to join him on the starting grid and race against him.

"I just never anticipated a situation where Justin wouldn't be there with me."

Wilson has teamed up with the Indiana Donor Network as part of a campaign to promote organ, tissue and eye donation and transplantation, following his brother's registration as an organ donor that resulted in five lives being saved after his death.

"Justin's decision to be an organ donor ended up being the one shining light out of that dark, terrible time after Pocono," said Wilson.

"I'm grateful to Indiana Donor Network and KV Racing Technology for the opportunity to fulfill a racing dream and to honor Justin's legacy on such a monumental stage as the 100th running of the Indianapolis 500."

KV co-owner Jimmy Vasser added: "Having spoken with Stefan throughout the winter about this project, I am very pleased to see it come to fruition.

"Not only has Stefan proven to be a fast driver but he brings the complete package to the table.

"It also goes without saying that it will warm the hearts of everyone in the racing community to see him drive the No. 25." 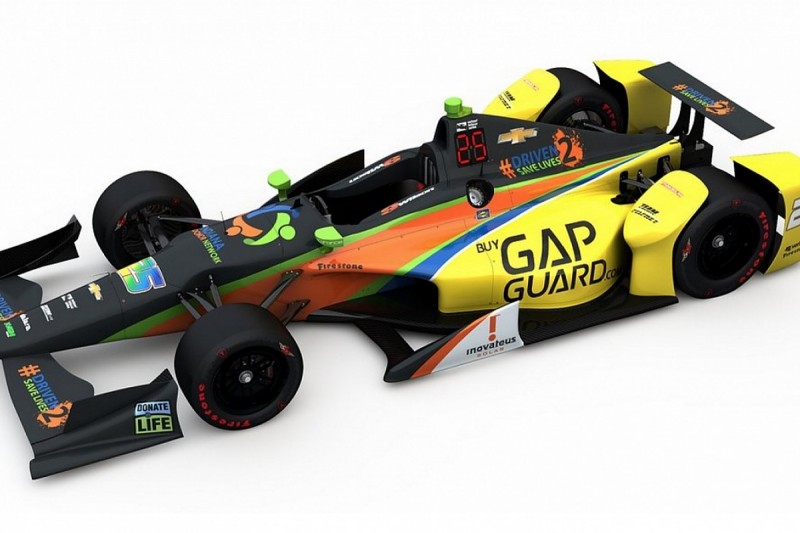