The 2014 champion set a quickest time of 1m00.2450s for a pole record around the Florida street circuit - 0.1971 seconds ahead of Simon Pagenaud in second.

Power began the weekend with a heavy shunt in first practice, before setting the pace for the next two practice sessions and his sixth pole in the last seven St Petersburg races.

Helio Castroneves took to the track early doors in the final six shootout, to set a provisional pole of 1m00.4995s, but ended the session third ahead of 2015 winner Juan Pablo Montoya.

Ryan Hunter-Reay was the fastest Dallara-Honda, and the only one to make it into the top six, but could only manage a time within 0.6s of Power.

Hinchliffe set an impressive pace good enough to start from ninth on the grid for his first qualifying session since May last year, following an Indy 500 practice shunt that left him on the sidelines for the rest of the 2015 season.

The Schmidt Peterson driver and Montoya looked to be squabbling over the same piece of track during the closing stages of the second session, before Montoya, safe in fourth, allowed the Canadian past.

Hawksworth and Takuma Sato showed top-five pace during practice on Friday for AJ Foyt Racing, but could only manage 10th and 11th respectively.

The opening qualifying session of 2016 proved tough for the Andretti and Chip Ganassi Racing squads, with three out of the four drivers for each team unable to make it into the second round.

Among the group were Formula 1 refugees Alexander Rossi and Max Chilton who took part in their first IndyCar qualifying attempt and first runs on red Firestone tyres.

Reigning Indy Lights champion Spencer Pigot stormed to the front of the second group during the first stage of qualifying when he set a 1m01.3881s, but having used up a set of red Firestone tyres before the rest of the field couldn't maintain the pace. 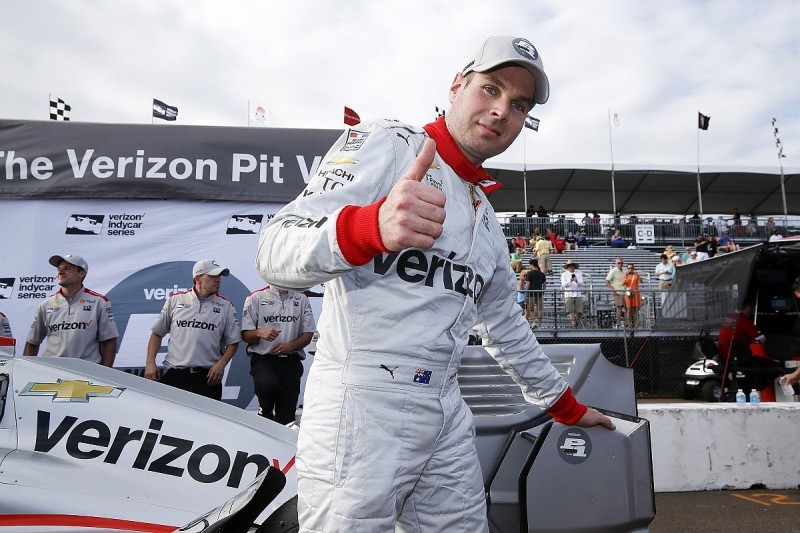