Sato was running behind the Penske pair of Scott McLaughlin and Will Power, as well as the Andretti car of Alexander Rossi, the group trying to get enough separation at Turn 10 before commencing flying laps.

Conor Daly had just moved off-line when Grosjean arrived on a flying lap and, apparently caught by surprise by the dawdling cars ahead despite having a good view after the kink on the back straight, the French driver locked up and struck Sato’s car – ironically, the entry Grosjean used to drive.

Sato’s car was jacked high into the air in the shunt and both cars were out of the session.

“It’s a shame isn’t it?” Sato told NBC. “Everybody was trying to make a gap, which is the right thing.

“OK, nobody wants to have that situation, but we were just all slowing down. I had to hit the brake after coming through [Turn] 9A which is a little kink, but you still have nearly a half-mile, you can see cars slowing down, so I was slowing down. So did Conor Daly behind me.

“And Grosjean came in hot. I don’t know what he was thinking. He was reckless. 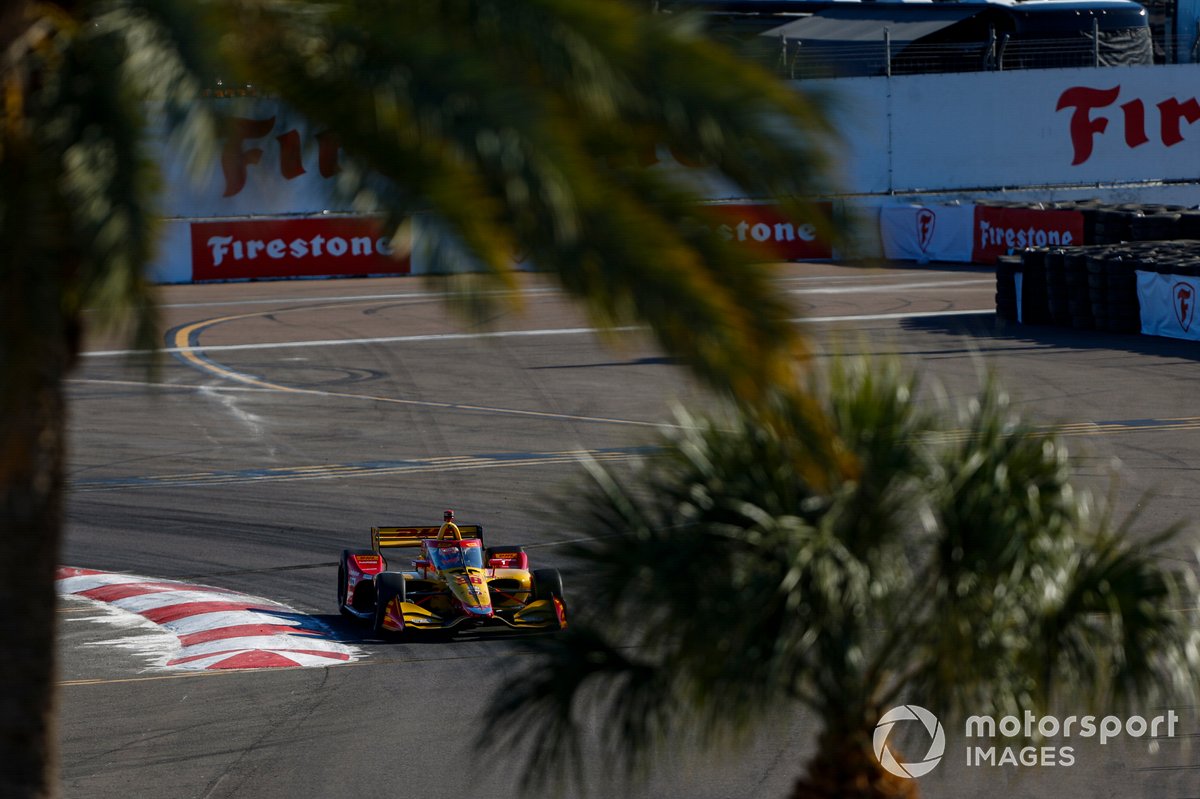 "Right at the beginning of the morning, he hit [Helio] Castroneves on the out-lap, the installation lap, already.

“He could clearly see the cars were double-wide… I don’t know, I can’t understand him.”

Asked if he knew someone was arriving fast behind him, Sato replied: “I see him coming hot, but I had a car in front, I had a car on the left, too, so I couldn’t go anywhere. And I didn’t want to intentionally hit the car in front to avoid him, so there was nothing we could do.

“You know, this is only practice, this is only the third out-lap after the yellow. There’s just no point in coming hot like that.

“We lost the entire time. I didn’t even get the red tyre on [Firestone’s alternate compound]. It’s a shame.”

Sato, a two-time Indianapolis 500 winner due to make his 200th IndyCar start tomorrow, will have been especially frustrated having previously had only one test day and one practice session in the Coyne car before this.

The Grosjean/Sato collision caused one of three red flags in the session, the others being for Jack Harvey and Alex Palou.

Harvey’s right front clipped the apex wall at Turn 9, sending the Rahal Letterman Lanigan driver into the outside wall at corner exit.

Reigning champion Palou also made contact on the inside wall at T9, but was bounced further off-line so that the angle he hit the outside wall was far more obtuse and therefore vicious.