Making his first visit to the 4.014-mile circuit, Grosjean clocked a best time of 1m47.678s to rebound well from a difficult weekend in Detroit in which he retired from both races.

Alex Palou, who scored his first ever IndyCar podium at the Elkhart Lake track last year with Coyne, was the best of the Chip Ganassi Racing stable in fourth on a 1min47.851s.

Graham Rahal (Rahal Letterman Lanigan Racing) and Colton Herta's Andretti Autosport entry were also within half a second of top spot in fifth and sixth positions, with St. Petersburg winner Herta surviving an off-track excursions at the end of a flying lap.

Sebastien Bourdais, who won the final Champ Car race at Road America in 2007, was seventh fastest for AJ Foyt Racing ahead of Penske rookie Scott McLaughlin.

Oliver Askew made a strong first impression on the Ed Carpenter Racing team by clocking the ninth quickest time.

The 2019 Indy Lights champion, who lost his drive with Arrow McLaren SP only to return to the team in last weekend in Detroit to sub for Felix Rosenqvist in race two, has been called up by ECR to replace Rinus VeeKay after the Dutchman was injured in a cycling accident.

Despite not being granted the extra set of tyres that all rookies get in the opening practice session, Askew was just 0.6s off Grosjean.

Will Power, another to try out the circuit limits, completed the top 10 for Team Penske, while championship leader Pato O’Ward could only muster the 11th quickest time for Arrow McLaren SP.

His stand-in team-mate for the weekend in Rosenqvist's continued absence, as he continues to recover from his sizeable race one shunt, Magnussen clocked the 23rd fastest time on his IndyCar debut. 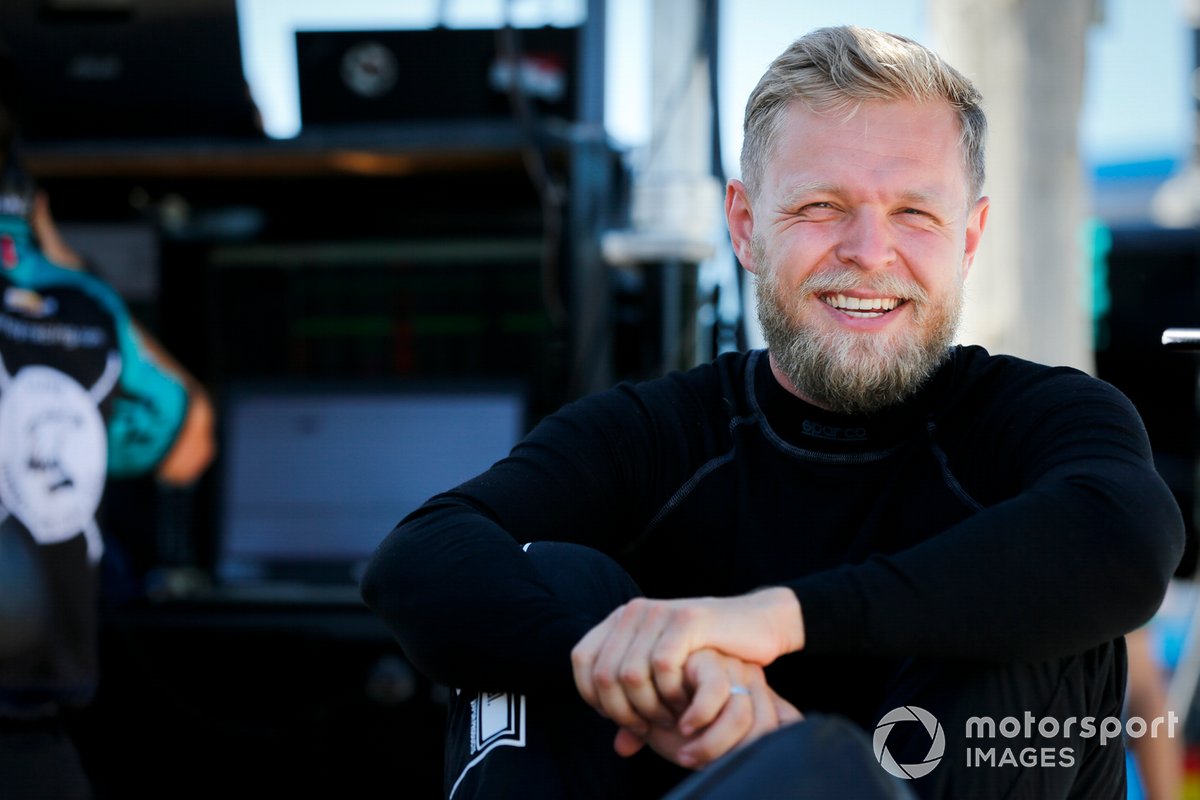 NASCAR regular Cody Ware, another driver making his debut in a second Coyne-RWR entry, was 22nd fastest, while Coyne season regular Ed Jones was unable to take part in practice because of a small fire.

Tomorrow’s second practice begins at 10.10am local time, with qualifying following at 1.30pm and final practice at 4.30pm.