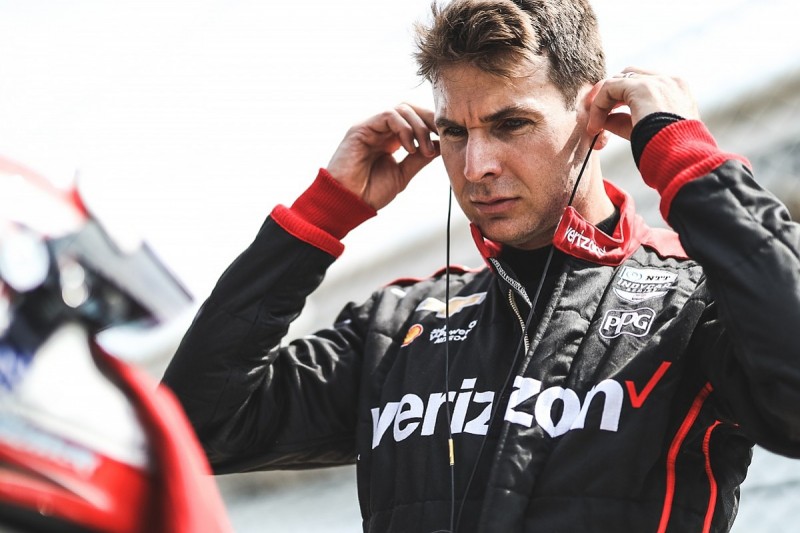 Three-time winner of the Grand Prix of Indy Power earned his 58th career pole position in the second race of a belated IndyCar season, which is taking place at Indianapolis Motor Speedway alongside NASCAR on the same weekend for the first time.

Until Power's late 1min10.178s effort demoted him to second on the grid, Meyer Shank Racing driver Harvey was set for his first pole in the series at the circuit where he scooped his and the team's maiden podium last season.

The margin between them was just 0.187s at the end of the session, as Power ensured his record of scoring at least one pole in every season since his US open-wheel debut in 2006 continued.

Andretti Autosport's Colton Herta (below) qualified in a strong third place, a one-place improvement on where he qualified for last year's race.

The top five was completed by Graham Rahal and leading rookie Oliver Askew, the Indy Lights champion having topped Group 2 for Arrow McLaren SP, but taken too much life out of his tires to truly shine in the Fast 6.

Defending IndyCar champion Josef Newgarden locked his brakes at Turn 1 and ruined his solitary flying lap in the top-six shootout, confining him to the third row alongside Askew. 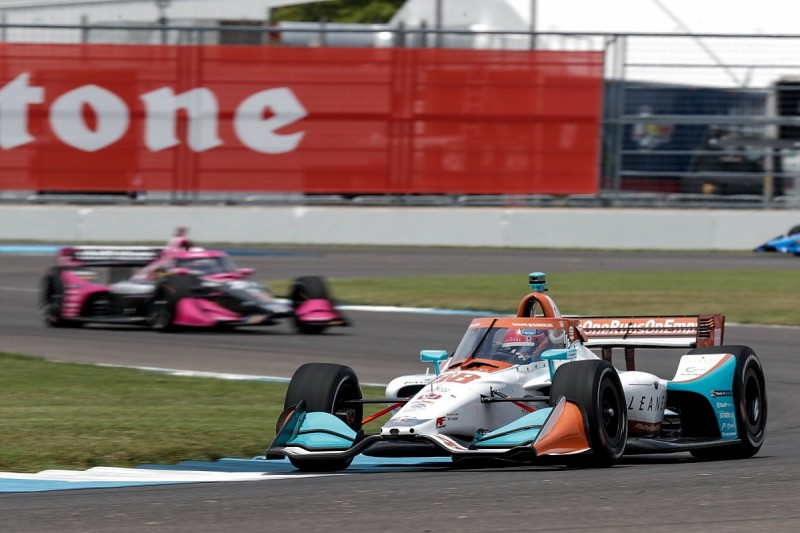 After dominating the season-opening race at Texas, Chip Ganassi Racing's Scott Dixon narrowly missed out a place in the top-six shootout after his best effort was just 0.057s slower than Newgarden's lap time.

PLUS: The major takeaways from IndyCar's return

The five-time series champion will be joined on the fourth row by Conor Daly, representing Ed Carpenter Racing after racing for Carlin at Texas.

Dixon's team-mate Felix Rosenqvist and Carlin's Max Chilton - racing for the first time in 2020 - completed the top 10 ahead of Andretti pair Alexander Rossi and Ryan Hunter-Reay, who collided with Dale Coyne Racing's Santino Ferrucci in practice and had an off-track excursion of his own at the Turn 1 right-hander earlier in the session.

Ex-Formula 1 driver Marcus Ericsson was third-fastest for Chip Ganassi Racing in practice but could only manage 14th in qualifying, one place ahead of Ferrucci, who also struggled to replicate his strong practice pace.

Power's team-mate Pagenaud won the 2019 race with a charging drive in wet conditions to pass Harvey and Dixon late on, but was eliminated in the opening qualifying session to post his worst qualifying effort since he qualified 22nd at the Circuit of the Americas last year.

Indy Lights graduate Dalton Kellett will start his first IndyCar race from 26th and last on the grid.

The IndyCar rookie the series will miss this weekend