Newgarden replaced Juan Pablo Montoya at Penske in last year's off-season following his spell with Ed Carpenter Racing and was keen to avoid the first year struggles that 2016 champion Simon Pagenaud endured when he joined Penske for '15.

But Honda controlled the first race of 2017, with Sebastien Bourdais winning in his Honda-powered Dale Coyne Racing entry after starting from the back of the grid and seven of the top 10 places filled by Honda teams.

Newgarden told Autosport that Honda's strong showing made him and his Chevrolet-powered Penske team concerned about their season.

"We thought we were going to get whacked," said Newgarden.

"Honda's speed was an eye-opener if you looked at just the trap speeds that they had from the first couple of practices. We were very concerned.

"We didn't really have anything to match that at the time and that concerned us.

"We were concerned about the speed that we had and what we were going to able to do.

"I think Chevy responded pretty well, we worked pretty closely with them and they were able to respond throughout the year and got on top of it."

Honda went on to win the next round in Long Beach with Schmidt Peterson Motorsports' James Hinchcliffe, but overall only won seven of 17 races against Chevrolet in 2017. 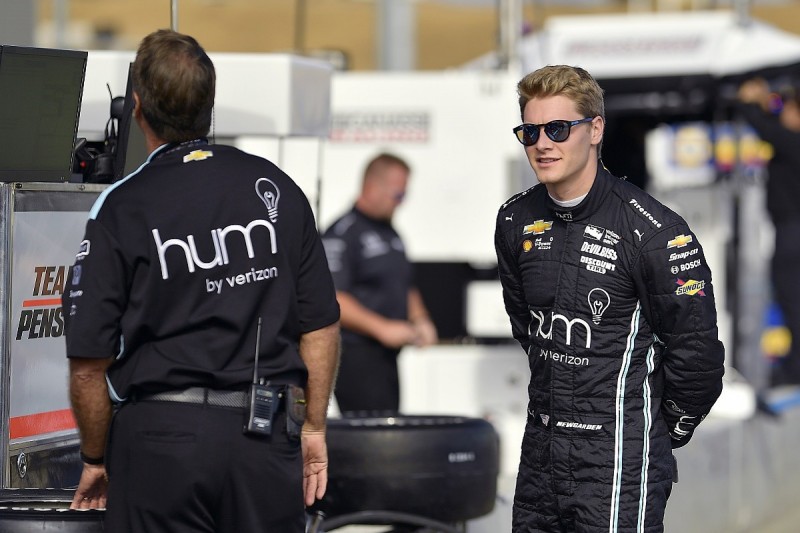 Newgarden says that change of fortunes shows it will be hard to predict 2018, especially with the introduction of the new universal aerokit.

"We are all waiting for pre-season testing and unfortunately, that is the only chance we'll get to look at it.

"I don't think we're going to know where we all stand until we get past Indianapolis, because there are so many different types of tracks in IndyCar that St Pete is not going to paint the whole story.

"That is how IndyCar works when you have three different types of tracks, you get street courses, roads and ovals.

"I think everyone's performance will fluctuate quite a bit next year, depending on those various tracks, so we're not really going to know where the battle stands between manufacturers until after Indianapolis."