Colton Herta topped the first-ever session on the new street track in Nashville, while Pato O’Ward suffered an early shunt and Conor Daly brought the session to a premature end in the tyre wall.

Sebastien Bourdais, Colton Herta, Alex Rossi and Graham Rahal were the first drivers to duck under the 1m20s barrier, with Jack Harvey soon joining them.

Rossi’s Andretti Autosport then went down to a 1m18.8551s, while Herta and Pato O’Ward were discussing bumps knocking the steering-wheel out of their hands and causing them blurred vision.

That didn’t stop the pair of them from vaulting Rossi in the times, Herta landing a 1m18.2899s, but then O’Ward’s Arrow McLaren SP clipped the inside wall at Turn 3 which spat him into the outside wall, busting the front suspension on both sides. Out came the red flag with 52 minutes of the 75-minute session remaining.

“I got caught out by that inside wall and it sent me off there,” said O’Ward. “The damage doesn't seem to be too bad. We'll be ready to go tomorrow, we'll see what we've got for qualifying."

Action resumed with just under 45 minutes remaining, and Scott McLaughlin swiftly slotted his #2 Penske into second spot, while Felix Rosenqvist rose to fourth in the second Arrow McLaren SP entry and then first with a time 0.3s clear of the opposition.

Then Alex Palou, Chip Ganassi Racing’s points leader closed that deficit to 0.1762s with second fastest, Team Penske’s Will Power split them, and then Romain Grosjean hit the top spot with his Dale Coyne Racing with RWR. His lap of 1m17.9511s was a mere 0.0444s faster than Rosenqvist, and equated to an average of 96.984mph around this 2.17-mile track. 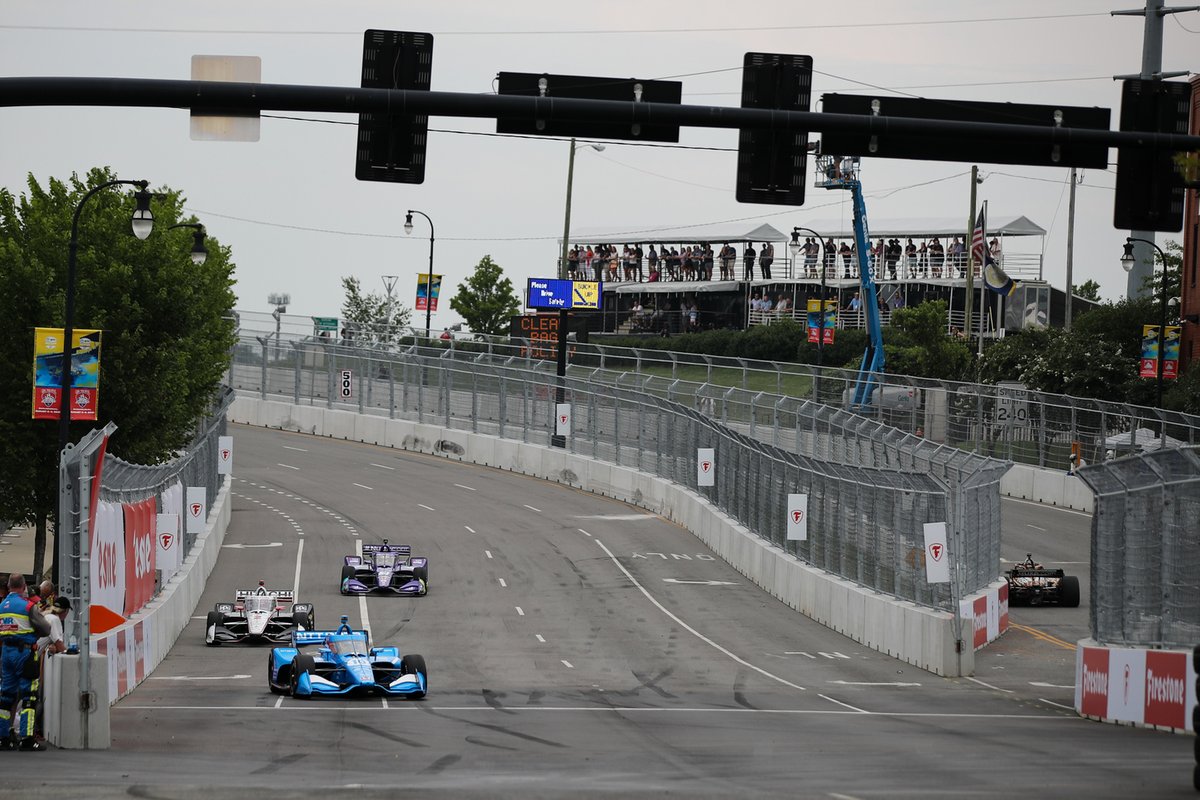 Herta was the next driver to lead, with an impressive 1m17.6726s, some 0.28s faster than Grosjean, who then shaved that gap to 0.18s. With 20 minutes to go, Dixon who’d had a quiet session hitherto, appeared in sixth with his 15th lap – albeit 0.6s off the top – while McLaughlin and Power moved into second and third respectively.

Herta kept stroking out his lead, the first driver to duck under 1m17s – and by some margin. With under 10 minutes to go, he was almost 0.6s faster than team-mate Rossi who then slid down an escape road after going second fastest. Dixon also got under 1m17s to grab second ahead of Grosjean.

Then Conor Daly slid sideways into the tyres at Turn 9 with under five minutes to go and embedded the #20 Ed Carpenter Racing car deep enough in the tyre wall to end the session early.

That left Herta on top, 0.3778s ahead of Dixon with Grosjean a further 0.1652s adrift. Marcus Ericsson and Palou ensured three Ganassi cars in the top six, while Rosenqvist, Power, McLaughlin and Simon Pagenaud were the top four Chevrolet-powered drivers.

Local hero Newgarden was 12th in the fourth Penske car, while reigning and four-time Indy 500 winner Helio Castroneves was 20th in his first road/street course IndyCar race of the year, about oen second off Meyer Shank Racing team-mate Jack Harvey.

Dalton Kellett ran only an installation lap before the AJ Foyt Racing crew discovered an electrical gremlin in the #4 car.