The 2000 and 2015 winner is attempting to qualify for his first Indy 500 since 2017 in a third Arrow McLaren SP entry, having concentrated on sportscar racing in recent years in a stint that yielded the IMSA SportsCar Championship title in 2019.

Running a tribute livery to mark the 50th anniversary of Peter Revson's pole position for the 1971 Indy 500 in a McLaren M16, the Colombian appeared to be capable of running a variety of lines and passing cars without the cooperation of the driver in front.

But when asked about his performance by Autosport, Montoya said that not everything had been so smooth from inside the cockpit and revealed there had been several occasions where he had almost been caught out in traffic.

“I did pass few cars and everything. I could move, I could change, I felt pretty decent at parts.

"As you go through those things, there's some runs that you go out there and you're just in the way, and you hate it. 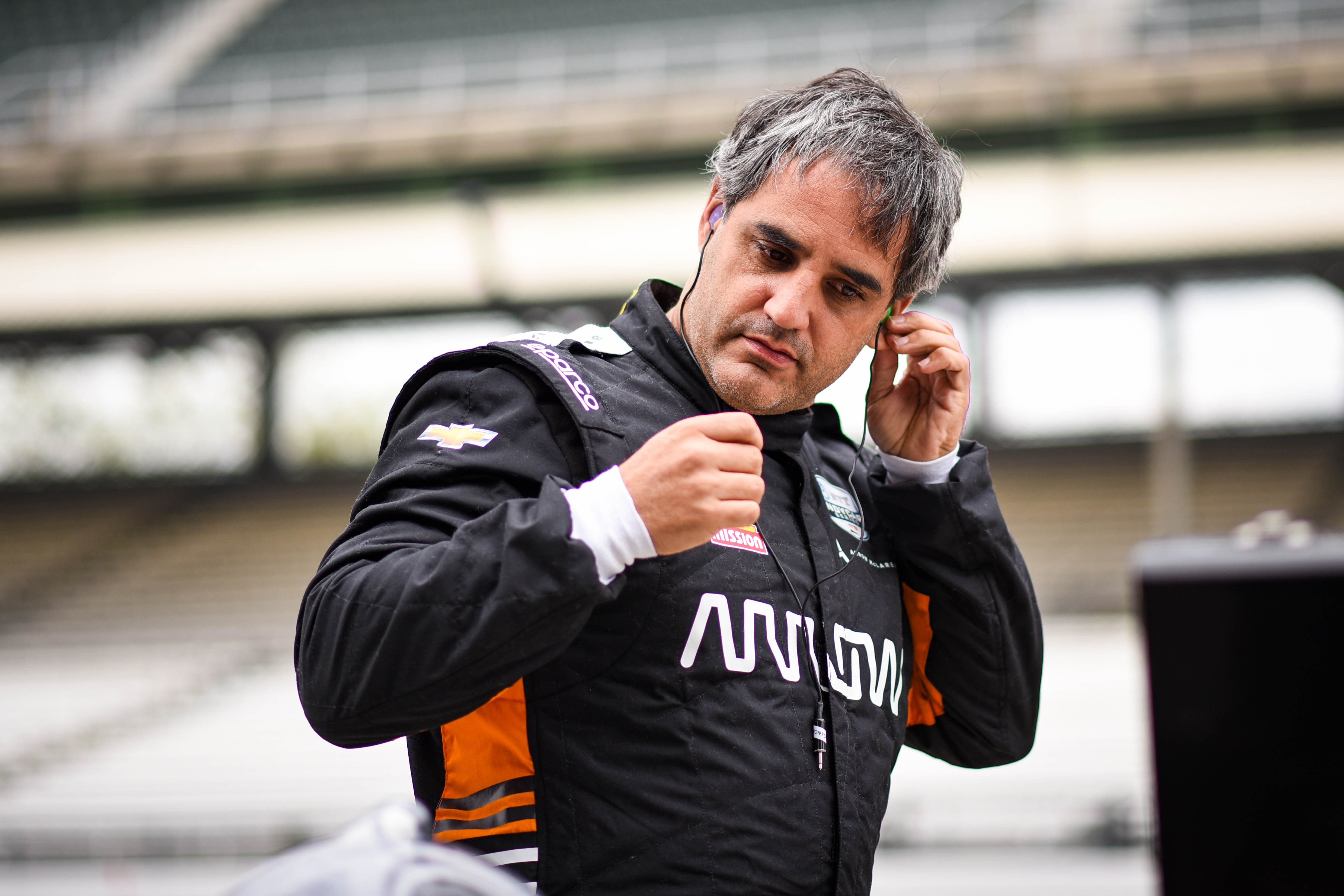 "One of them actually bailed and really scared the hell out of me in [Turns] 3 and 4. I lifted and I didn't even do Turn 1. I went in the deceleration lane. I'm not doing this!"

Asked to compare the aeroscreen-equipped IR-18 chassis with the manufacturer aerokit IndyCar he last raced, Montoya said that the current iteration is "a little harder to drive" and exaggerated the difference between clear air and dirty air.

"I think the [aero] changes from what IndyCar did, from what everybody says, it's a little harder than before, but not that bad," he said.

However, unlike the four drivers who recently tested with push-to-pass turbo boost to simulate the 2023 KERS equipped engine, Montoya reckoned that to have an extra 100hp surge available would be a good thing at Indy.

"Some people tried the 'push to pass' [in] the other test. But it would make racing more wild, I think.

"I know some people don't want wild - after running today, I would be a big fan of that push to pass, to be honest.”