Any future McLaren Indianapolis project will be under its own banner, but it will consider a "strategic alliance" with a leading IndyCar team says CEO Zak Brown

In 2017 Fernando Alonso drove a full Andretti Autosport entry with McLaren branding at Indy, but McLaren opted to go it alone in '19 bar some technical support from Carlin.

Alonso was one of three non-qualifiers for this year's race, along with two Carlin entries.

Brown said McLaren will review what went wrong before making a call on its Indy future.

"When we go back, it will be McLaren," he said when asked about future Indy strategy by Autosport.

"Now, whether we need some sort of strategic alliance to help... being a one-car team is not a good place to be around Indianapolis. Penske puts out an extra car, Andretti puts out a bunch of cars, Carpenter [does too].

"So I think we want to go back as McLaren, we would not do it as in '17 where it was another team.

"But do we need some sort of strategic alliance, probably for the benefit of being a multiple-car operation?"

Brown declined to blame the decision to cooperate with a relatively inexperienced IndyCar team in Carlin for Alonso's failure to qualify.

"I don't want to compare other teams. It's clear McLaren didn't qualify because of McLaren issues," he said.

"Carlin is a service provider, it helped give us bandwidth.

"Would it have been different with a different partner? Given the mistakes that we made, I'm not sure anyone would have got us through those instead of ourselves.

"2017 was a completely different programme. We partnered with Andretti, it was their car, it was primarily their people.

"This year we went about it pretty much independent. Carlin was a much smaller resource for us, they weren't running the car, it's McLaren's fault for not qualifying." 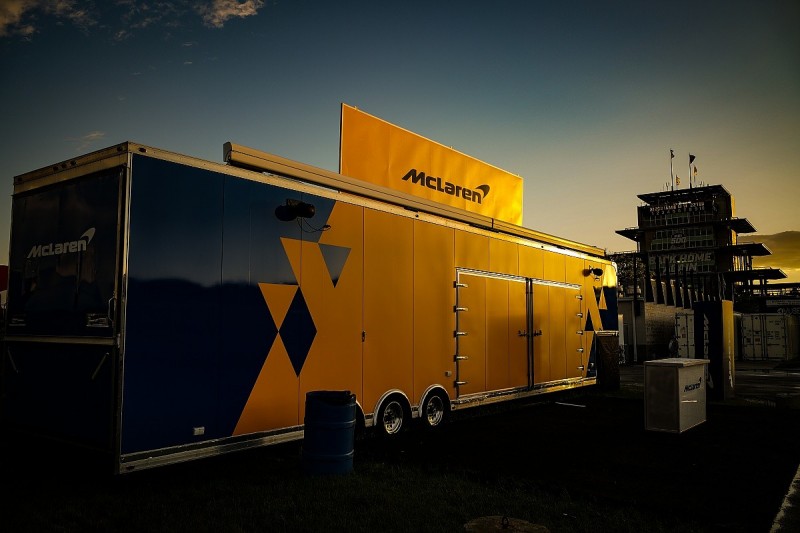 Brown is confident that McLaren's shareholders will approve a return to Indianapolis, despite this year's disappointment. The team's IndyCar equipment will be left in the facility McLaren rented at Indianapolis.

"I don't want to speak for them, but the commentary I've had back from them is 'We're racers, and let's get it next time,'" he said of the shareholders.

"But I've not made the formal request, because I've also not formalised in my own mind when I want to go back.

"We've got to digest it, make sure we sit around the table with all the right people and go, 'Do we feel prepared and have we learned from our mistakes, have we recovered?'.

"And if that becomes a yes, then I'm confident we'll go back to Indy.

"All the reasons why we think McLaren should be at Indy remain, and when you are in racing you're going to have highs and lows; that was obviously a very significant low - the biggest low of my 25-year career in motor racing.

"But I think you have to dust yourself off, learn by your mistakes, and come back fighting. So that's what we intend to do."